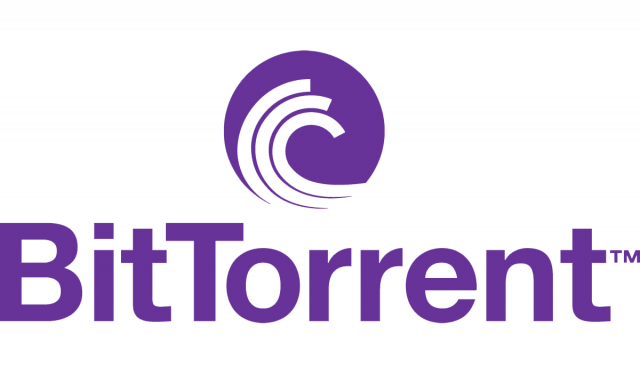 With blockchain came all manner of possibilities. From the ability to breed virtual cats, to tracking things from source to end. One blockchain project has a big vision: to decentralize the web. This project is Justin Sun’s Tron, and it aims to build a cost-effective, global, and digital content-sharing platform.

BitTorrent is a project that already blazed the trail as far as decentralized content-sharing is concerned,  harking back to way before blockchain existed.

With Tron’s grand ambition to decentralize the internet and BitTorrent’s protocol, there couldn’t be a better match than the two.

BitTorrent is a peer-to-peer communication protocol for transferring large files and data over the internet. Files can range from TV shows to movies, to songs, to video clips, and so on.

The protocol is so widely used it accounted for 3.35% of the entire web in February 2013. To use BitTorrent, senders and receivers use any of Bitcoin clients, e.g., uTorrent qBittorent, Deluge, Zunlei Thunder, and several others.

Created by programmer Bram Cohen in 2001, BitTorrent is used by 170 million people each month.

How Does BitTorrent Work?

The working of BitTorrent can be explained using the terminologies’ seeds’ and “leeches.’

Seeds are the people who host files, or ‘torrents’. Seeds usually break down the files into several pieces so users can download them faster. Anytime you’re downloading a file from a BitTorrent client, you receive different pieces of the file from multiple hosts or seeds. After you download a file, you’re encouraged to become a seed, too, in order to promote the network.

When you opt not to seed, you earn the title of a leech. The protocol relies on more people becoming seeds, which is why leeching is frowned upon.

What is BTT Token?

BTT is a crypto token that runs on the Tron Network, much like how ERC-20 tokens on Ethereum’s blockchain. The token is used to power file sharing through the BitTorrent protocol.

As the white paper puts it: “BTT acts as a general-purpose mechanism for transacting in computing resources shared between BitTorrent clients and a liquid market of service requestors and service providers.”

BTT was created after BitTorrent was purchased by Justin Sun, founder of the Tron blockchain and cryptocurrency.  As Sun said in the press release: “In one giant leap, we can introduce blockchain to hundreds of millions of users around the world and empower a new generation of content creators with the tools to distribute their content directly to others on the web.”

What does the BTT Token Do?

After the BTT token was announced, many users questioned its necessity since BitTorrent has been in existence for long, and users can use the protocol without the need for a token.

So, why does the crypto world need the token?

First of all, BitTorrent users can now pay for faster download speeds – with the BTT token. Currently, anyone can download files using the BitTorrent protocol via any of its clients for free. This will not change after BTT. The only difference is the token will incentivize individuals to share more data.

This will work through users paying BTT to hosts in order to get faster download speeds. The idea is that this incentivizing mechanism will help improve the overall efficiency of the BTT protocol: faster speeds, higher quality, and improved content. This will improve the experience of everyone involved.

Another use of BTT is users will be able to purchase priority access to hosts. Instead of being lumped together with other users, you can buy faster and better-tailored services. Moreover, you get continued access to files as well as the use of others’ resources in the network. This matters, since usually, a user has no incentive to continue hosting a file after download. But with the BTT token in play, they can keep hosting the file on the network.

For more details on the usability of the token, check out Sun’s explanation in this YouTube video.

Bram Cohen, an American programmer, is the brain behind BitTorrent. He created the protocol in 2001, going on to release an updated version in 2013. In June 2018, Tron founder Justin Sun bought it for $120 million in its bid to expand Project Atlas – an initiative by the Tron project to decentralize the internet with the power of blockchain.

Where to Buy and Store BTT

You can buy BTT form an endless list of exchanges, including Binance, Huobi, Cat.Ex, CoinEX, UpBit, Bithumb, Poloniex, and so on.

Some exchanges will allow you to buy the token with Fiat, while in others, it’s only available in exchange for cryptos such as BTC, BNB, ETH, XRP, and so on.

Since BTT is a TRC-token, you can store it in any wallet that supports TRX. Some popular options include Bitpie, Ledger, Atomic, Exodus, Math, Hoo, and so on. You can find the full list of choices on Tron’s website.

The BTT token will tokenize the already successful BitTorrent network and, in so doing, improve its functionality in several ways. Some may see the whole thing as an attempt to reinvent the wheel. Others think it’s a  fresh idea. The crypto community just has to wait and see how this one plays out.