What happens after an ICO

Initial coin offerings became an extremely popular subject as people saw the crowdfunding and profit-making potential is brought to the market. Companies create an ICO where they sell their tokens in exchange for funds. On the other hand, investors give their funds to the ICO project as they believe that it will solve a certain problem or simply bring a profit. The creation of ICOs meant that companies could finance a project based on just the idea. 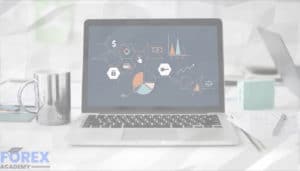 The Pre-ICO stage is next in line. In this stage, early investors get a chance to acquire the biggest bonuses available to the public. After that, the regular ICO can be divided into a few stages, with each one giving different bonuses, depending on the time of investing (the earlier, the bigger the bonus), and/or based on the amount invested (which is rarely the case). 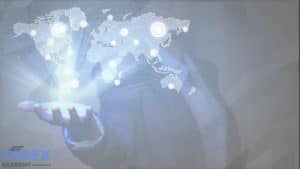 Most ICOs have soft and hard caps to measure the funds required for their projects. The soft cap is the minimum amount of investment required to be acquired to even start the project. If the ICO doesn’t manage to get enough starting capital, they shut down the project and return the money to the investors.
Hard cap, on the other hand, is the polar opposite of the soft cap and represents the maximum amount of money an ICO needs. If reached before the offering is finished, the ICO stops as all the required funds are acquired, and no more funds are needed. The best project ideas tend to sell all of their available tokens in a matter of minutes.

After a project finishes crowdfunding through an ICO, the second stage of a project starts. The acquired funds are used to pay for project development or improvement (if the project had any form of a product before the ICO), marketing, and branding the idea that the ICO was based on in the first place.
The first move is, in most cases, to list the token on as many exchanges. By doing this, projects quickly enable profit-making from their tokens as the invested funds grow in market value, turning profits for the investors and making them happy, as well as making a profit to the project managers and developers, so they can have more funds to work with.
Buying into an ICO is much like investing in a company through a stock market. The main distinction is that a company that is listed on a stock market is most likely well-developed already, while an ICO represents an investment into an idea.
That idea is described in a whitepaper. When time is added to the equation, we get a roadmap for the project. The roadmap includes the project’s schedule of improvements, public and official launching of the product, and major exchange listings of their coin or token. If the project wants to be successful, they have to keep up with their timeline, or the investors will not be satisfied, therefor reducing the market price of the coin or token they bought. 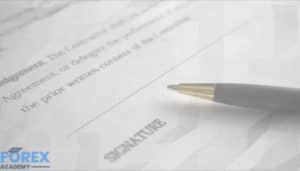 Many countries have decided to take a look at ICOs, how they operate, and how they should be regulated after the 2017 ICO craze. Many of the ICOs were just money grabs or scams while others were decent projects with good visions, but unable to deliver on their vision properly.
Even though the whole idea of cryptocurrency is based on decentralization, regulation can be a good thing, especially in the ICO sphere. Some countries, like China and the USA, have made strict regulatory actions towards ICO. However, both of these countries are now easing up on regulation and trying to come up with a solution on how to utilize ICOs.

KYC laws were introduced in 2001 in the USA as part of the Patriot Act, which was passed after 9/11 to provide a variety of means to deter terrorist behavior. The section of the Act that pertained specifically to financial transactions added requirements and enforcement policies to the Bank Secrecy Act of 1970 that had thus far regulated banks and other institutions.
There are many fully legal reasons to invest in an ICO, ranging from belief in the utility of a new piece of cryptocurrency infrastructure to speculation on a coin’s rising value. Outside of these legal motivations, there are also illegal practices such as laundering fiat currency through ICO projects. Unfortunately, the ongoing lack of regulatory clarity and regulation means that people who wish to invest in a project for its intrinsic utility to disrupt established industries for the better feel they risk being treated as money launderers.
This is why the KYC system is what all of the ICO investors usually have to go through to be able to invest in an ICO. KYC is completed by submitting your information (name, address, country of origin) and then providing one or more documents to prove the information provided.

Investing in ICOs can be highly lucrative, but only if the investment is well thought out, and the project is successful. Much time has to pass until an ICO proves its worth, so investors need to have a lot of patience. The roadmap is the holy grail of investors and should be considered as such by the developers, too, for the sheer positive thinking in the times of waiting for the project to come to life.