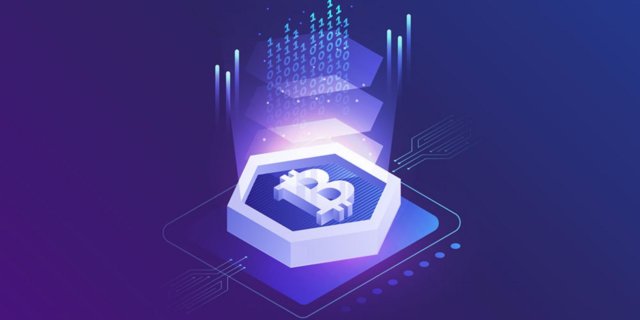 In the crypto world, blockchain technology is essentially a ledger system on which cryptocurrency transaction data is recorded. Every entry is permanent and immutable, meaning it can’t be altered in any way. The data is then verified through consensus by multiple nodes, which are basically computers, making the technology secure and reliable.

Given its benefits, virtually all industries, from banking, real estate, health-care, music, to logistics, are working towards integrating blockchain technology into their framework. As technology permeates across industries, there is a rising demand for skilled blockchain developers to help optimize the protocol to suit the needs of a specific industry.

Considering that the technology is still in its budding stage, starting a career as a blockchain developer places you at the front seat to drive its growth. For those working in the tech field, chances are, they have the necessary foundation required to start a career as a blockchain developer. However, if you have no tech skills whatsoever, it’s still possible to become a blockchain developer, but it’ll take a bit more work and dedication to learn the basics. A good place to start is first understanding the most common programming languages used in most cryptocurrency projects. These languages include; Java, Python, JavaScript, Swift, and Solidity.

Regardless of your skills level here’s are the essential skills required to kick-start your career as a Bitcoin developer:

Understand the Principles of Blockchain

Since most of the developer’s work involves interacting with blockchain technology, it makes sense to have a good grasp of how the entire protocol works. You also need to understand the foundational concepts of blockchain architecture such as; cryptographic hash functions, consensus, and distributed ledger technology.

To understand these concepts, it’s advised to read through the Bitcoin Whitepaper. However, you’ll need a little bit of guidance to direct your learning curve, which is signing up for short-term certification courses on the same will be helpful.

Besides, as a blockchain developer, you’ll spend most of your time working with data structures such as Merkle trees and petricia trees, among others, as you try to configure the network to meet specific needs.

Smart contracts are one of the key components of blockchain technology, especially in a business-focused environment. The concept came into the spotlight after Ethereum used it in its protocol. Since then, almost all upcoming blockchain projects are striving to incorporate smart contracts in their functionality. Solidity, Viper, and Chaincode; are among the top programming languages used to develop smart contracts. So, it pays to invest time in learning these languages.

In a blockchain network, cryptography and data structures complement each other, to establish the integrity of the network. Asymmetric cryptography, in particular, is used in blockchain to generate digital signatures for verifying transactions. Also, cryptography algorithms help secure data on the blockchain.

Core blockchain developers focus on developing the blockchain technology itself, including designing the consensus protocols. They can also advise companies on how to structure their Initial Coin Offerings (ICOs) as well as supervise and plan blockchain projects.

Currently, most job opportunities lie in decentralized app development, as various industries and businesses strive to incorporate blockchain into their processes.

Deciding to become a blockchain developer is one thing, choosing a mode of learning is a whole different thing.

For starters, taking the self-taught route is appealing to those who already have a career in the tech industry. There are numerous online courses to guide you, so you only learn the required content. You can sign up for Coursera or Udemy courses or checkout GitHub repositories for guided content. Online learning platforms on the same, can also help sharpen your self-taught skills as you interact with other blockchain developers.

If you are completely new to the tech world and possess no skills, formal education focused on basic concepts such as programming and software development is your best bet if you want to start a career as a blockchain developer. Some colleges these days even offer blockchain development courses as certification programs. So, once you enroll in such a college, you’ll not only learn the basic tech skills but also become a blockchain developer at the end of your program.

Nonetheless, you can as well learn the basic tech skills from online courses and other dedicated pages. Once you have mastered the concepts, including those mentioned above, you can then transition to become a blockchain developer by taking up courses on the same.

Whether you sign up for online courses or enroll for formal education, remember the only way to perfect your skills and boost your resume is by getting hands-on experience. So, try working on solo projects or collaborating with like-minded developers. There are various online open-source projects you can contribute to sharpen your skills and get the much-needed experience.

Blockchain is considered the next wave of tech innovation. This explains why well-established tech companies such as IBM, Microsoft, and Samsung are showing interest in this revolutionary technology, as they look to be at the forefront of the growing innovation. Moreover, as the technology is maturing and finding its roots across various industries, this is the best time to start your career as a blockchain developer.