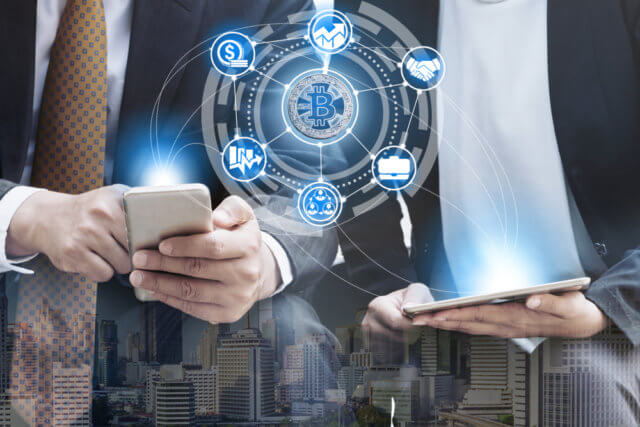 The word Bitcoin first came to light a decade ago when Satoshi Nakamoto mailed cryptography nerds a technical white paper of what he called the new electronic cash system.” A decade later, it has become a household name, a pioneer in what seems like the next technology-inspired global revolution. The cryptocurrency itself and its anchor blockchain technology are now household names. But questions still abound about what Bitcoin really is and its real-life applications.

Chances are you are either familiar with the term Bitcoin or have interacted with this crypto technology at one point. You probably heard the interesting but cautionary tale about a cryptography nerd that paid for two Pizzas with 10,000 BTC just about the time the digital currency was gaining momentum.

Today, one Bitcoin is valued over $7,500, and at one time, it hit the highs of $20,000. The once worthless digital coin has now become a major topic in the global finance arena. Central bank heads and governments are rushing to tame the coin that they consider a threat to the government-controlled currencies. Some like China have banned Bitcoin use within its borders.

Note that while these political and policy challenges have contributed significantly to Bitcoin price volatilities, they have done little to negate its penetration into the global economy. And in this guide, we will be looking at some of the real-life applications of the Bitcoin digital currency. Here are a few:

You, too, can use bitcoin to pay for Pizza. Unlike in 2010, however, you don’t need 10,000 BTC to pay for it. The massive Bitcoin popularity has seen several fast food companies innovate their payment systems to include Bitcoin. The move has also seen the birth and adoption of the Pizzaforcoin technology that processes Bitcoin and 50 other cryptocurrency payments in the fast foods industry.

The bitcoin revolution has spread way beyond the fast-food industry and into the global eCommerce industry. Here, the ever-increasing number of online shops like Overstock and Microsoft will ship different products and process your Bitcoin payment option. Propy.com – an international real estate company – has started accepting Bitcoin payments whileMyCOINreality.com is also advertising homes that you can purchase using Bitcoins.

Inventive middlemen like Gyft are also making it possible for you to buy from popular eCommerce stores like Amazon and Target that don’t accept Bitcoin payments via the digital currency – albeit indirectly. To achieve this, Gyft helps you convert your bitcoins to gift cards that you can use to shop.

Paying for social and professional services

People around the world are also using bitcoin to pay for social/ entertainment and professional services. One of the online industries most impacted by bitcoin payments is the sports betting and casino industry that has grown tenfold since the launch of bitcoin. The primary driver of the explosive growth witnessed here is the fact that most of these bitcoin processing companies support anonymous betting, deposits, and withdrawals.

Traditional online casinos were highly regulated, taxed, and limited to the nationality of members that they can accept in their casino. Bitcoin casinos don’t report your winnings to the tax authorities, aren’t bound to a specific jurisdiction, and will process registration for individuals from virtually any part of the world.

Interestingly, you can also use Bitcoins to settle payments for different professional services. Lucerne University – a vocational art and science institute – in Sweden was among the first to process bitcoin payments for tuition. Ever since King’s College in New York, Cumbria University in the UK, and the European School of Management and Technology in Berlin have since started accepting Bitcoins. Law firms, hospitals, and accountancy firms have also joined the bandwagon.

Japan has, on several occasions, and different global platforms been hailed for having the most progressive cryptocurrency laws. Here, bitcoin and a handful of other cryptocurrencies are accepted as a legal property that can be used in place of fiat currencies in monetary transactions throughout the country.

New Zealand would, however, make history as the first country to okay the payment of salaries, goods, and services and adequately regulate the bitcoin taxation process. Here, companies get to pay their employee salaries and goods and services via bitcoin while obeying the different tax laws like the Pay As You Earn (P.A.Y.E) deductions and other withholding taxes.

In Bitcoin, Satoshi Nakamoto saw the solution to all the inherent limitations of the fiat currencies, chief among them inflation. The inflation menace in almost every instance caused by having too much money in circulation, which effectively translates to a loss of the currency’s value. To arrest this and make Bitcoin inflation-proof, Satoshi limited the number of Bitcoins that will ever be created to 21 million coins.

All over the world, failed and failing nations like Zimbabwe and Venezuela have been witnessing cases of hyperinflation that make their currencies worthless. At the peak of inflation in Zimbabwe, for instance, saw the country’s inflation hit over 200 million percent. In Venezuela, inflation towers way above 10 million percent, and nothing seems to work – not even the devaluation of their Bolívar currency. The situation in the country is so dire that residents are using the bolivar notes to makes bags for sale in and outside the country.

In both of these countries, the tech-savvy and much of the elite class have already turned to bitcoin and other cryptocurrencies as a means of preserving their cash. While the rest of the country turns to the US Dollar and currencies of neighboring countries, this elite class has turned to bitcoin transactions. In Harare, Zimbabwe, for instance, there has been installed several cryptocurrency ATMs for Bitcoin and Litecoin aimed at providing the citizenry with highly reliable and trustworthy financial exchanges.

There is a staggering number of expatriates working all over the world. And they all have one common problem – finding a secure, efficient, and cost-effective means of sending cash home. Most avoid banks primarily because of their exorbitant fees, and also due to the heat, most of the institutions turn their way in the form of scrutiny by the host country governments. But they also don’t want to risk their cash by trusting these rather unconventional, unreliable, and equally pricey online payment methods.

Most of these individuals have, therefore, turned to bitcoins. The only time most of these will have to interact with their host country’s financial institutions is when converting their cash to bitcoins. Sending cash home in the form of bitcoins has gained track in recent years because the transfers are free. International bitcoin transfers are also safer and instantaneous, unlike bank transfers that often take as much as five days before the cash reflects on the home country’s bank accounts.

The global perception of Bitcoin and blockchain technology has tremendously improved, as evidenced by favorable bitcoin policies in most economies. However, most of these countries are yet to acknowledge the digital currency as a legal tender. Crypto operations have thus been left on the fringes of unregulated online trade. It, therefore, would be right to say that crypto trade on exchanges accounts for the largest form of crypto application in real life. In most cases, the traders on these platforms seek to exploit the highly volatile nature of digital currencies by profiting from their regular price fluctuations.

When Bitcoin first premiered in these crypto exchanges, it was valued at no more than a few cents. The forces of demand and supply would, however, see it skyrocket and hit $20,000 at its peak in early 2018. Today, one BTC is valued at over $7,500. Either of these figures and valuations represent thousands of percentage value growth in a short ten years.

Investment analysts have gone on to label it the best performing investment product, overtaking the traditionally hailed real estate and money markets. There also is a general feeling that all factors held constant; Bitcoin’s value will continue to soar. This has the in effect, created the next most popular form of real-life application of this coin – Bitcoin investments.

Unlike bitcoin trade, where traders buy the coin with the intent of selling it as soon it reports a small percentage jump in price, investment refers to a long term buy and hold strategy. Bitcoin investors will, in this case, buy and hold on the coin for the longest time with the intention of drawing maximal profits from its long term and consistent value growth.

Pay for travel and accommodation:

If you are passionate about charity and would like to donate to charitable courses, you don’t necessarily need to go through the troubles of converting your bitcoins to fiat currencies. The world isn’t short of not-for-profit organizations that accept bitcoin and other crypto donations. The most popular today, include The Water Project that builds clean water solutions in Sub Saharan Africa using pooled funds, Common Collections that donates pooled Bitcoins to refugees and underprivileged global communities, and even Julian Assange’s WikiLeaks that advocates for more transparency from governments and corporations by leaking what they consider classified information.

For the longest time, the art industry was dominated by the super-rich, who used art as a store of value. The landscape is, however, changing and transforming into a more welcoming niche where virtually anyone can buy and sell art. But did you know that you can now initiate art transactions using Bitcoin? Companies like Bitpremier.com have already created an online platform that connects art sellers and buyers willing to transact using Bitcoin.

Paying for VPN or domain name:

Different internet companies are also alive to the use of Bitcoin and, therefore, accept bitcoin payments for various services. NameCheap, a domain registration company, will, for instance, let you buy and renew the domain name for your blog or website via bitcoins. And if you are trying to avoid trackers and keep your online activities private, Express VPN lets you subscribe for their premium services with bitcoins.

Your post payphone service provider is also keen on digitizing their payment systems. AT&T, for instance, started accepting Bitcoins as a payment method for users seeking to settle their phone bills.

A decade ago, Bitcoin was no more than an idea on a technical white paper that only cryptography nerds could decipher. And when the online community started appreciating its monetary value, 10,000 BTC could only buy two Pizza. Ten years later, it has become the center of attention for financial institutions, governments, and central bank heads that consider it a threat to the traditional banking and financial systems. Countries like China have banned its use within its borders, while others like the United States have resorted to suppressing its influence in the country. However, none of these strategies has stood in the way of bitcoin morphing into a globally accepted digital currency.