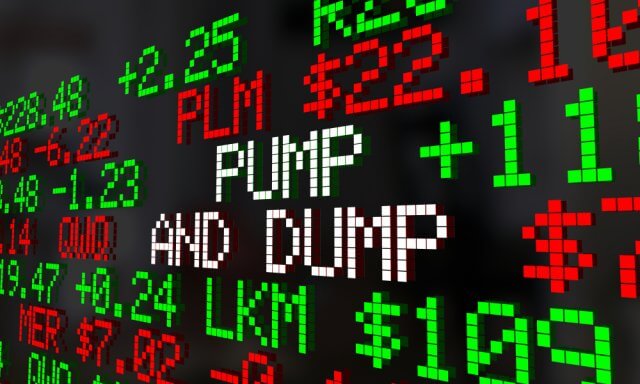 Cryptocurrencies and the blockchain technology are relatively new to the financial markets. This makes them vulnerable to the traditional scams that used to take place on stock and some new ones. Since cryptocurrencies are not regulated by the exchange board, it makes them more prone to scam and schemes than regulated securities.

Out of the many scams around, the most common scam is the so-called pump-and-dump. It originated from the stock market, but the issue was rectified and made illegal on regulated exchanges. However, the cryptocurrency market is not immune to it.

The pump-and-dump schemes are such that they put every rise or fall in the market a question mark. So, a genuine investor would be unaware of the rise was being pumped or was shooting up for real.

The working of Pump-and-dump schemes

The actors behind the scene of pump-and-dump schemes are well-organized groups working over some private messenger. They are referred to as the inner core investors, who basically shoot up the volume of a coin by targeting a single exchange. To do so, they even take the help of whales as well. The coin under target must be of low volume so that the core can lock up as much liquidity at the price they intend. Moreover, they make sure that liquidity is relatively small.

Once the price anticipated by the inner core actors is reached, they step back into the business. In other terms, they initiate their dumping. Since they are the first ones to short sell, they get the best price available. Then there are the outer investors who were left scammed, sitting with huge positions looking to sell at higher prices. But the dumping brings it down. Hence, this leaves the investors harmed as well as the integrity of the coin been pumped and dumped.

The pump-and-dump has been annihilated from the stock market and other regulated exchanges. However, the haunting in cryptocurrencies or non-regulated exchanges is still in existence. With this into account, the U.S Commodity Futures Trading Commission warned people about these schemes in virtual currencies. Click the image to learn more. 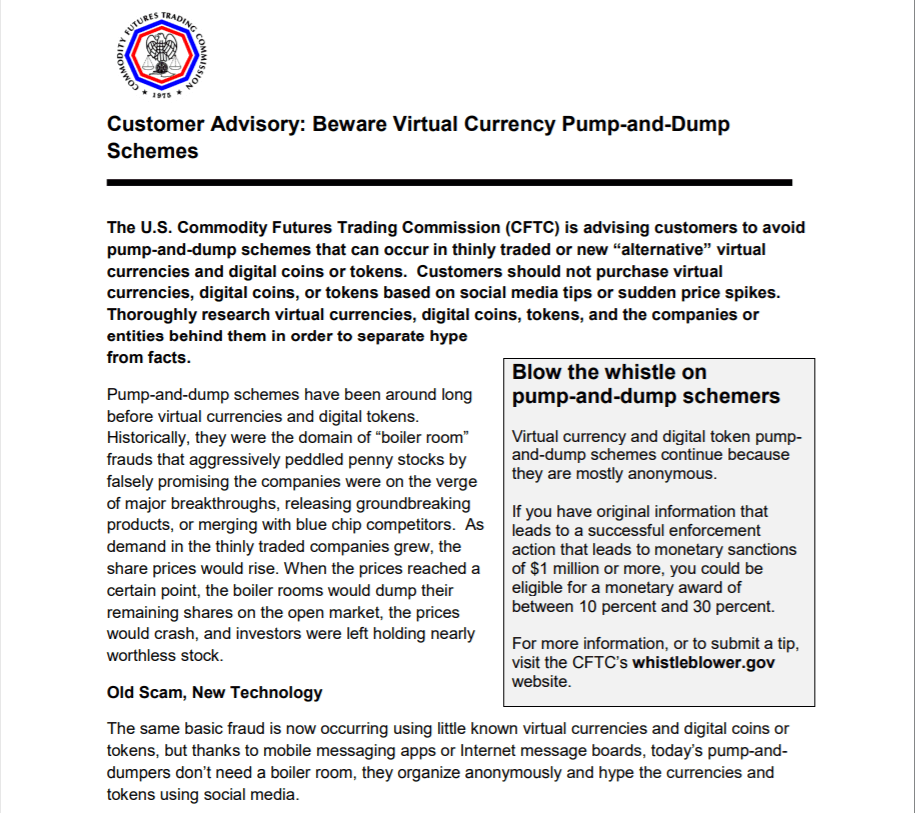 Pump-and-dump are schemes that cannot be put to a stop in the cryptocurrency space due to its non-regulated nature. The only way to get away with it is to avoid trading cryptos with very low liquidity and low volume. Or you may research the coin on its rise and fall and predict if the move is real or just an illusion.