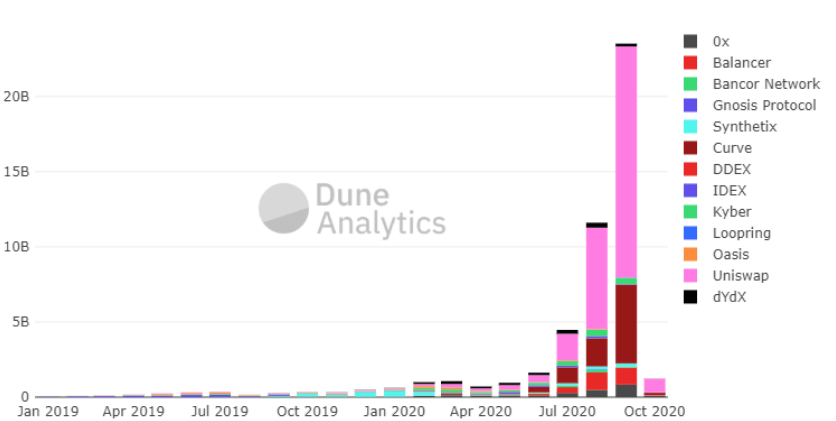 Data coming from Dune Analytics shows that Uniswap DEX has processed over $15.3 billion in volume in September only. In the same period, reports show that the centralized exchange giant Coinbase processed only $13.6 billion.

The significant spike in volume Uniswap had can be attributed to two major factors:
First, the explosive growth of the decentralized finance sector and yield farming of various governance tokens caused decentralized exchanges to thrive. Second, the launch of Uniswap’s own governance token has led to a frenzy on the platform.

The month of June marked the start of a DeFi governance token frenzy, with Compound’s COMP token being at the forefront of it. The process is relatively simple: DeFi users stake various cryptocurrencies and “farm” new governance tokens by doing that. The DeFi protocols that release the underlying governance tokens in a decentralized manner distribute them to the users who are staking funds. Once users successfully obtain the new tokens, they typically hold them until they are listed on a centralized exchange, where it could be easily sold. 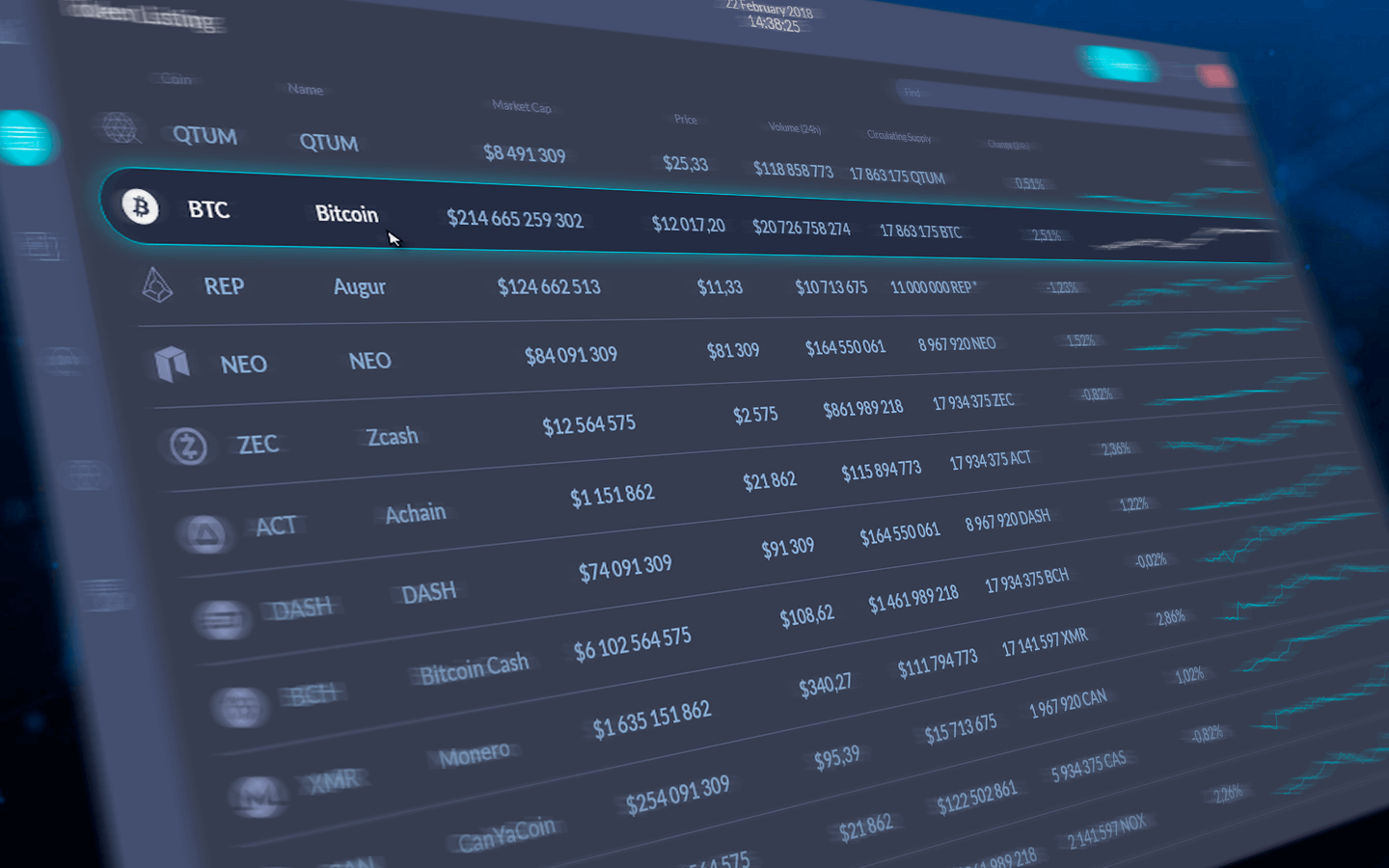 Top cryptocurrency exchanges have to take various factors into consideration before listing tokens. The criteria for listing coins can include liquidity, developer activity, and track record. For new governance tokens and DeFi-related cryptocurrencies, it has proven to be a nearly impossible feat to meet those requirements.
Uniswap has, mostly for the aforementioned reasons, eventually evolved into the go-to platform when it comes to trading DeFi tokens, and the surge in total value locked in DeFi translated into intensified growth of Uniswap’s volume as well.

Uniswap’s volume has first surpassed Coinbase Pro in daily volume on August 30. Ever since then, it has continuously remained very competitive with the top US exchange. Uniswap creator Hayden Adams said in late August:
“Wow, Uniswap’s daily trading volume is higher than Coinbase for the first time ever. Uniswap: $426M, Coinbase: $348M. It’s hard to express how crazy this is.” The consistently high performance coming from Uniswap occurred despite a very considerable slowdown in the yield farming craze. This suggests that, while the yield farming craze has been tamed, the uptrend of decentralized exchanges is sustainable over the long term.

The last couple of weeks brought a slight price drop of DeFi tokens, which also caused a drop in user activity in the yield farming space. The researchers at Dune Analytics are, however, not interpreting this as a bearish signal. Instead, they said:

“Despite the yield farming craze calming down, decentralized exchange volumes crushed old records in September, with $24 billion traded, up 100% from August. While the last few weeks were down when compared to the beginning of the month, all weeks in September were well-above the peak week from August.” 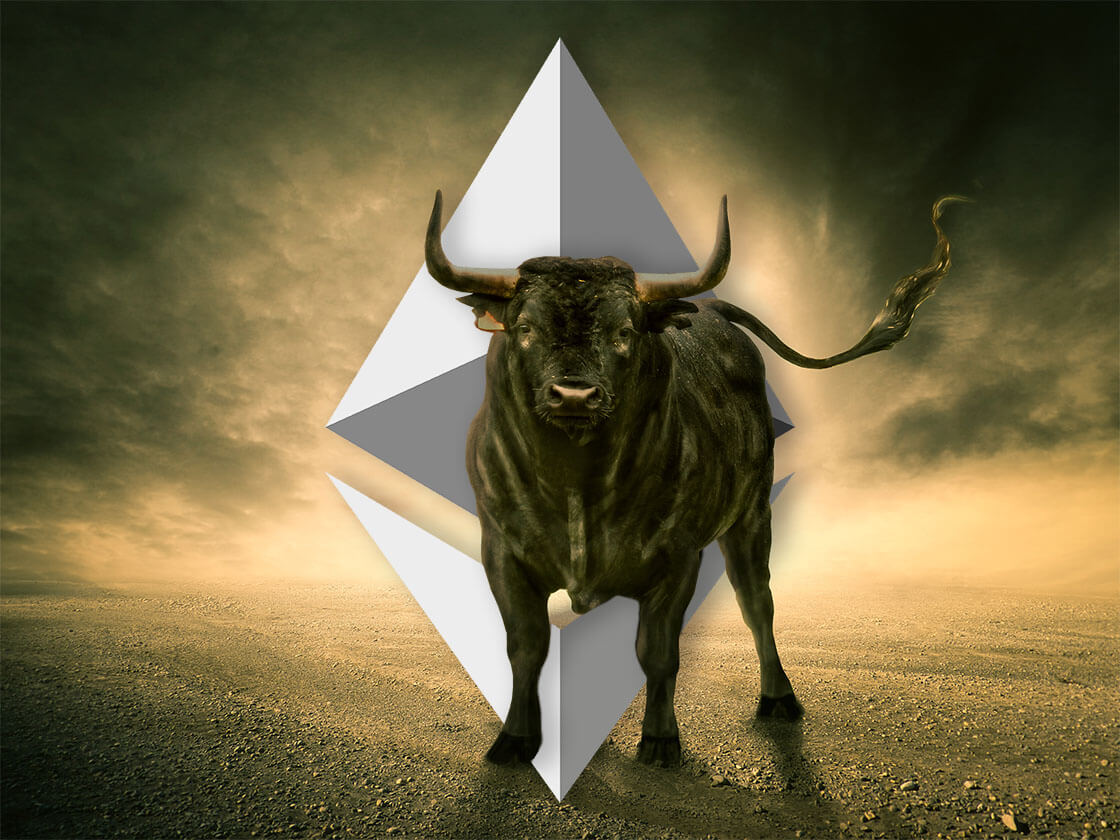 Ethereum analysts Anthony Sassano said that it also reflects the overwhelmingly positive sentiment that investors have for Ethereum. He said: “They told you that the decentralized exchanges on Ethereum were a fad – but they were so incredibly wrong. DEXs did $23.5 billion in volume in September alone! Betting against Ethereum has, is, and always will be a bad move.”