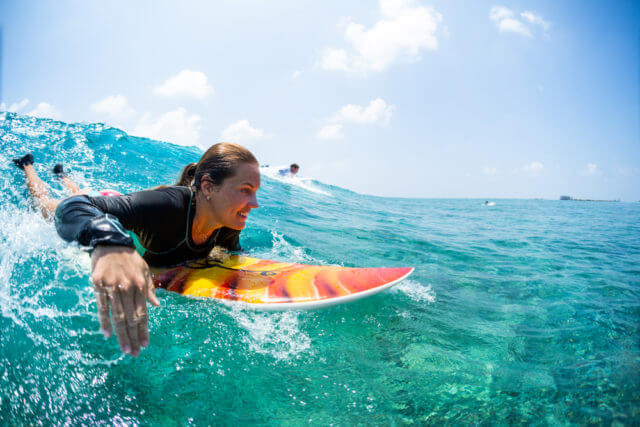 The flat pattern is the second fundamental Elliott Wave corrective structure. In this educational article, we will review the guideline to trade the flat structure.

From the basic model, the entry is given once price action breaks and closes above wave 4 labeled in blue, of wave (C) labeled in black. The profit target is placed in the same way as the zig-zag trade setup. It is at 100%, 127.2%, and 161.8% of the Fibonacci projection of waves ((1)) and ((2)) labeled in red. The invalidation level is under the end of the wave (C).

Before to define place an order, we must answer the question, “Do I see some Elliott wave pattern?”.

If our hypothesis is correct, it is the Elliott wave pattern recognized is a flat structure, we can do our trading plan. The entry should be placed after the completion of the second wave (B) or (2) labeled in black degree.

The third part of the trade is to manage the risk of the trading plan. The first stage is to reduce the risk; for this stage, we set the invalidation level above the end of wave (B) or (2) at $176.25. Once IBM plummets, we eliminate the risk after the price drops into the 61.8% of Fibonacci projection at $145.60.

Finally, we have to protect the open profits, for example, each $5 of advance, we can move the protective stop each $5 of progress.