Crude oil, which is sold by the barrel in the future’s market where buyers take delivery on a monthly basis, reached a peak of $65 per barrel just a few weeks ago. 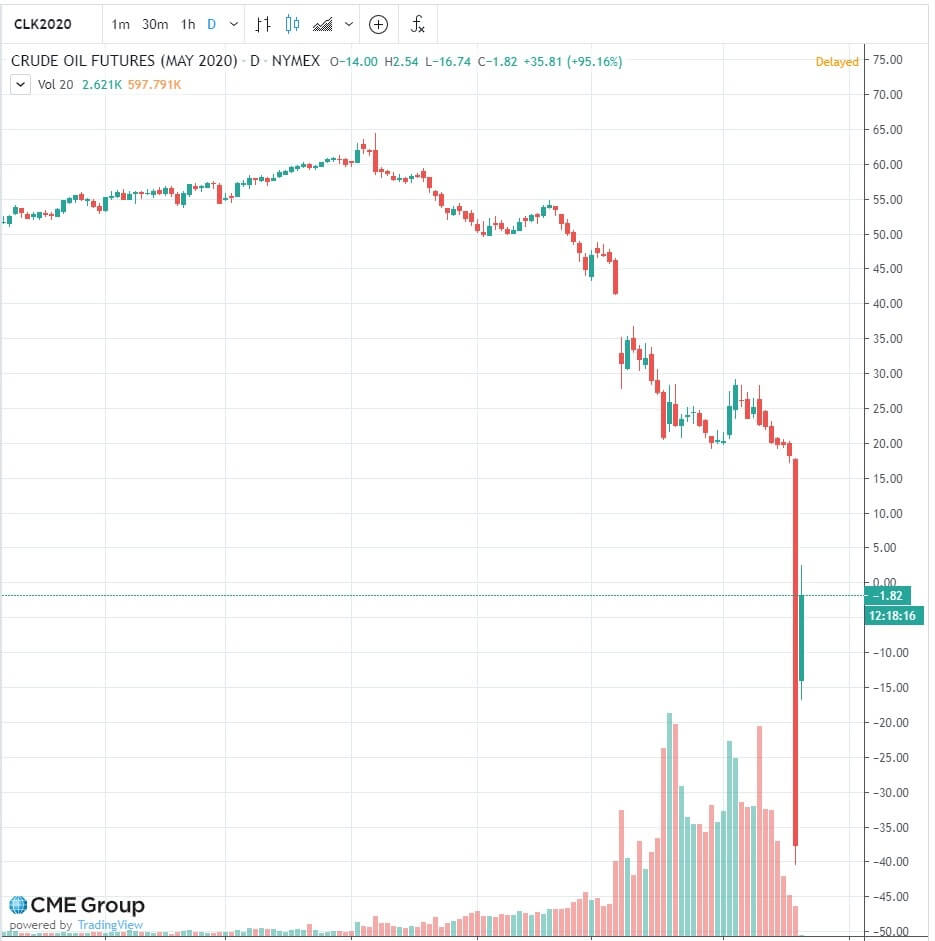 The May contract, which expires today 21st of April 2020, had been hovering around the $20 per barrel level yesterday for one of the producers, West Texas Intermediate, or WTI. However, it became increasingly apparent that buyers for this contract were hard to come by because of a lack of storage facilities. And when the Chicago Mercantile Exchange or CME issued a warning statement yesterday that it was possible for oil prices to go into negative territory, it sent a shock through the oil markets.
While producers remained extremely eager to sell and buyers were left standing on the sidelines, and with just hours remaining until the May contract expired, panic selling set in and, as we can see on the graph, the price of a barrel of WTI, fell through zero into minus territory. And where this had happened for only the first time in the history of the crude oil market. 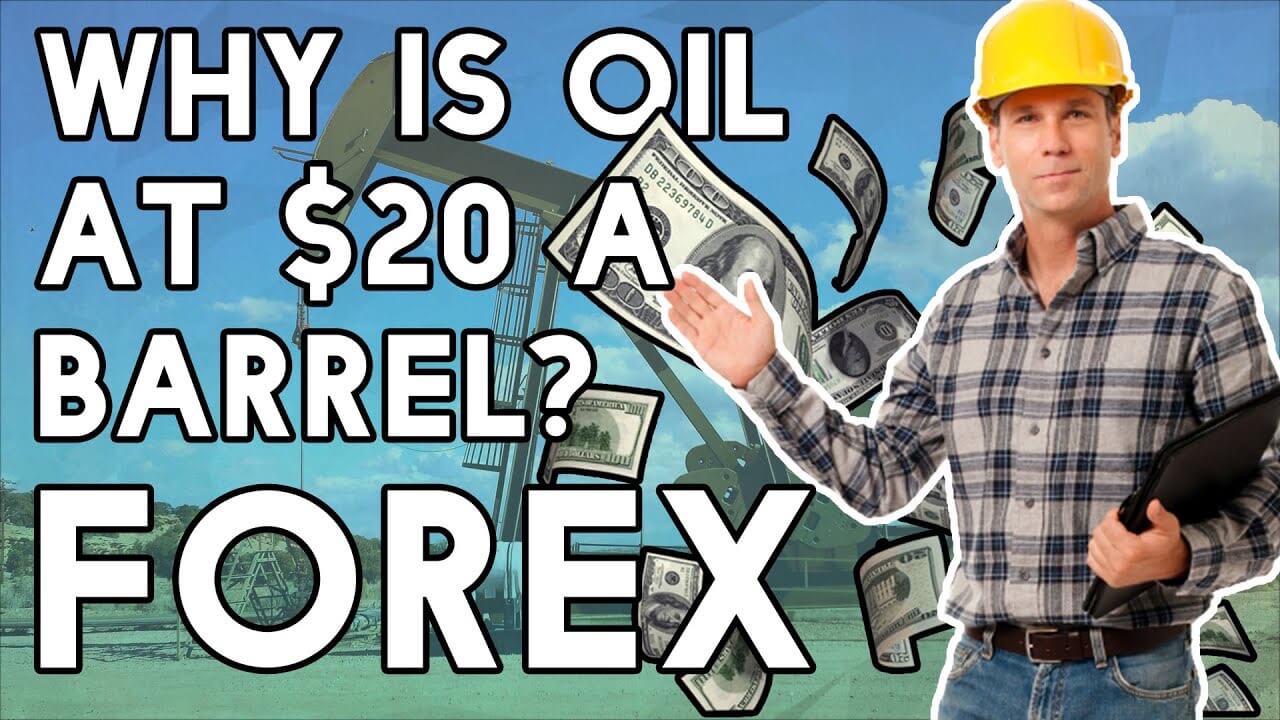 We can also see on the chart that the price did recover some upside to just over $1 per barrel, but where it currently hovers slightly underneath zero at around – $2 per barrel at the moment. This price action in crude oil is unprecedented, and, as I mentioned previously, has never happened before. So what exactly is going on, and what does this tell us about the oil and financial markets in general?

First, we need to take a step back just a few short weeks ago when the world was hit by the Covid-19 pandemic. People all over the world remain in lockdown, businesses are closed, the airline industry has almost flatlined, cars are off the road because nobody is going anywhere. And every one of these sectors uses by-products of oil in the form of petrol, diesel, gasoline, jet fuel, cooking oils, lubricants, plastics, etc. Springtime has hit the west, and with the warmer weather, we need less heating oil.
An old adage springs to mind, and has never been more appropriate: supply and demand: we have too much supply and too little demand. I think it’s safe to say that we just don’t need oil right now.

Storage facilities, including Cushing in Oklahoma in the United States, are at almost 80% capacity of barrels of oil, which are only trickling out to refineries, which are also busting to overflow with the by-products that they have produced including petrol and diesel, etc.
All the time I’m big oil-producing countries such as Saudi Arabia and Russia, the USA and others keep pumping out oil, in defiance of nations asking them to ease production and where the governing body, OPEC, seems not to have enough clout to force countries such as the belligerent Russia to do so.

However, when prices of oil go into negative territory, which many of us have never even considered before, a sudden realization occurs, that producers of oil, which falls into negative pricing during a futures contract, are forced to pay buyers to take oil off of their hands at the market rate. This will be extremely painful for oil producers, who are producing a product which they cannot store because of a lack of storage facilities, and where they are hiring – at great expense – barges, and cargo ships and huge tankers, many of which are languishing in ports and offshore while waiting to go into ports to be

offloaded, and which becomes a further expense to producers. Surely now the writing’s on the wall, and that the longer this pandemic goes on, the less oil we are going to need, and therefore we should expect production to fall even further.
But is there an underline message here? Well yes, this kind of unprecedented crash in a major financial sector, albeit a blip, will send out warning signs to investors that the financial markets remain extremely unstable during the virus pandemic, and that the longer this goes on for we should expect volatility to spill over into other markets such as stocks, currencies – and especially where those countries are producers and exporters of oil, is the United States, Canada, Russia Saudi Arabia, and oil, and of course markets will be keeping a close eye on future oil contract expires.