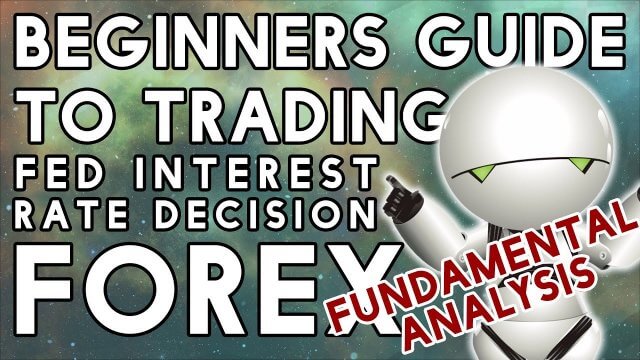 Thank you for joining the fundamental analysis for novices educational video. In this session, we are going to be talking about the federal reserve interest rate decision.

So what is it, and how can you trade it? 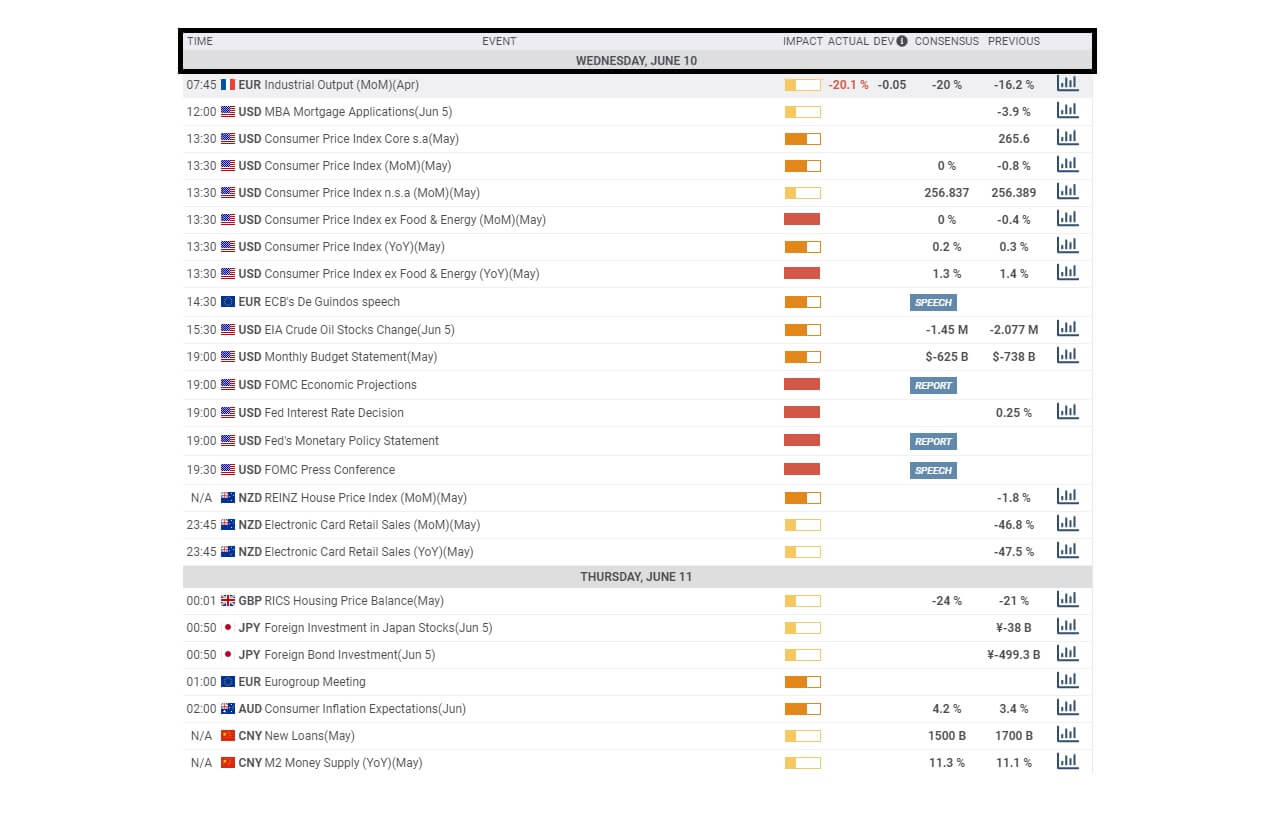 Professional Traders keep a careful eye on their economic calendars, and you should do the same, paying particular attention to the daily activity of economic release information, especially as you plan your day or week ahead, with regard to trading.

The critical information is the time of release, the name of the event, the impact that it is likely to have upon release into the marketplace, the previous data release, and the consensus of professional economists and analysts as to what the figure is likely to be. 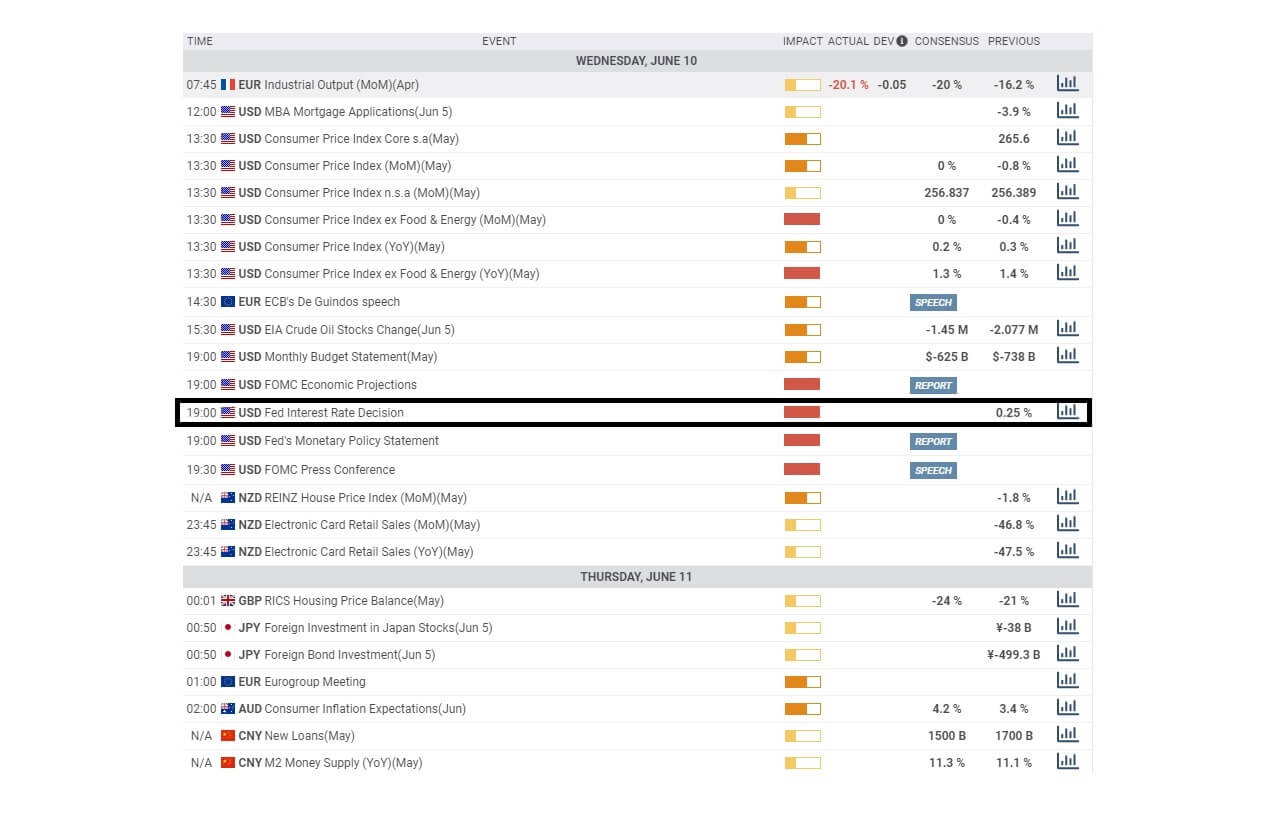 The US fed interest rate decision, as seen here, is released to the market at 7 PM BST, and is subject to an embargo. The impact of status is a full red bar on this particular calendar, and in fact, this economic release is one of the most important data releases, and especially at this time during the coronavirus pandemic.
The Federal Open Market Committee or FOMC is the branch of the Federal Reserve Board that has the power to set monetary policy and alter interest rates for the United States.
The FOMC comprises of the board of governors and includes seven members and five federal reserve bank presidents.
The board of governors of the Federal Reserve, which is also known as the Central Bank for the United States, meet at intervals of 5 to 8-weeks, and this is where they decide to set their interest rates, where this will have effects on loans and advances to commercial banks in the United States, especially if they are changed. 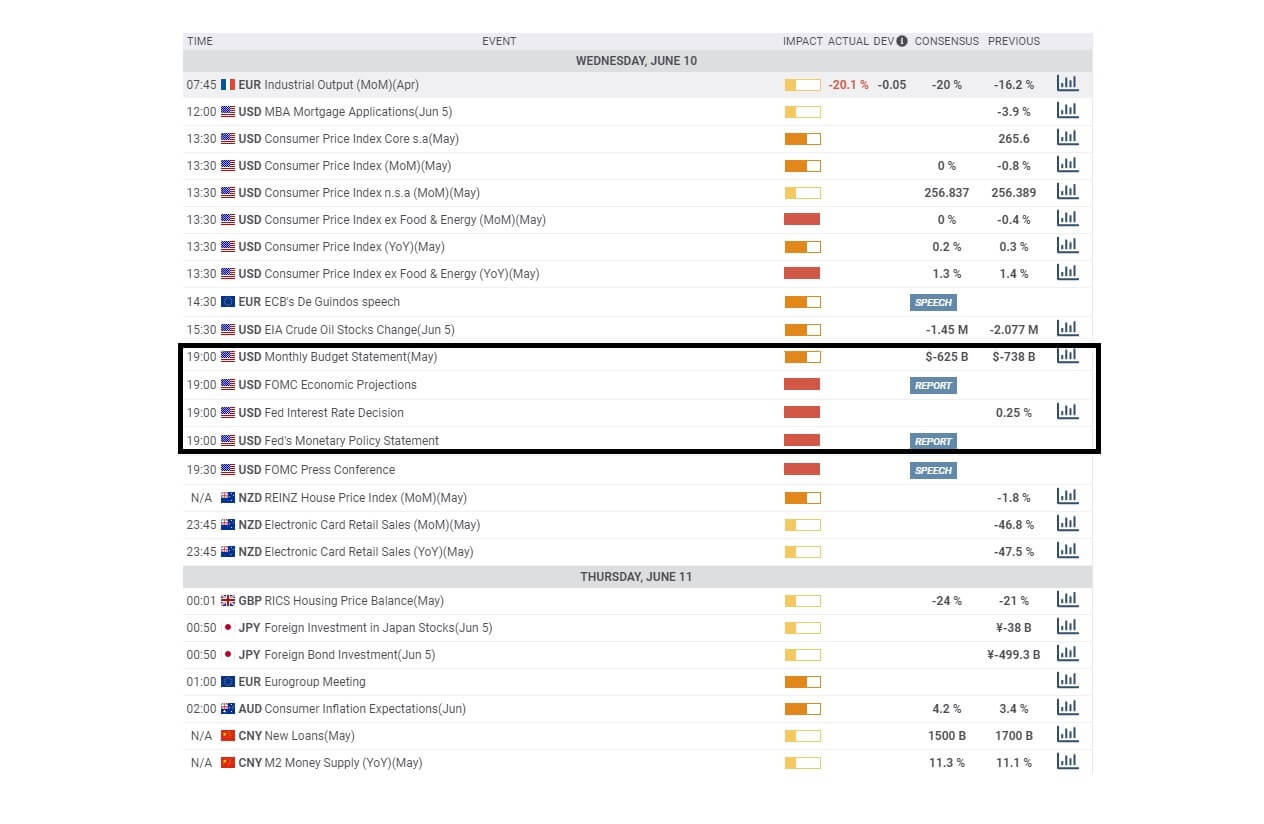 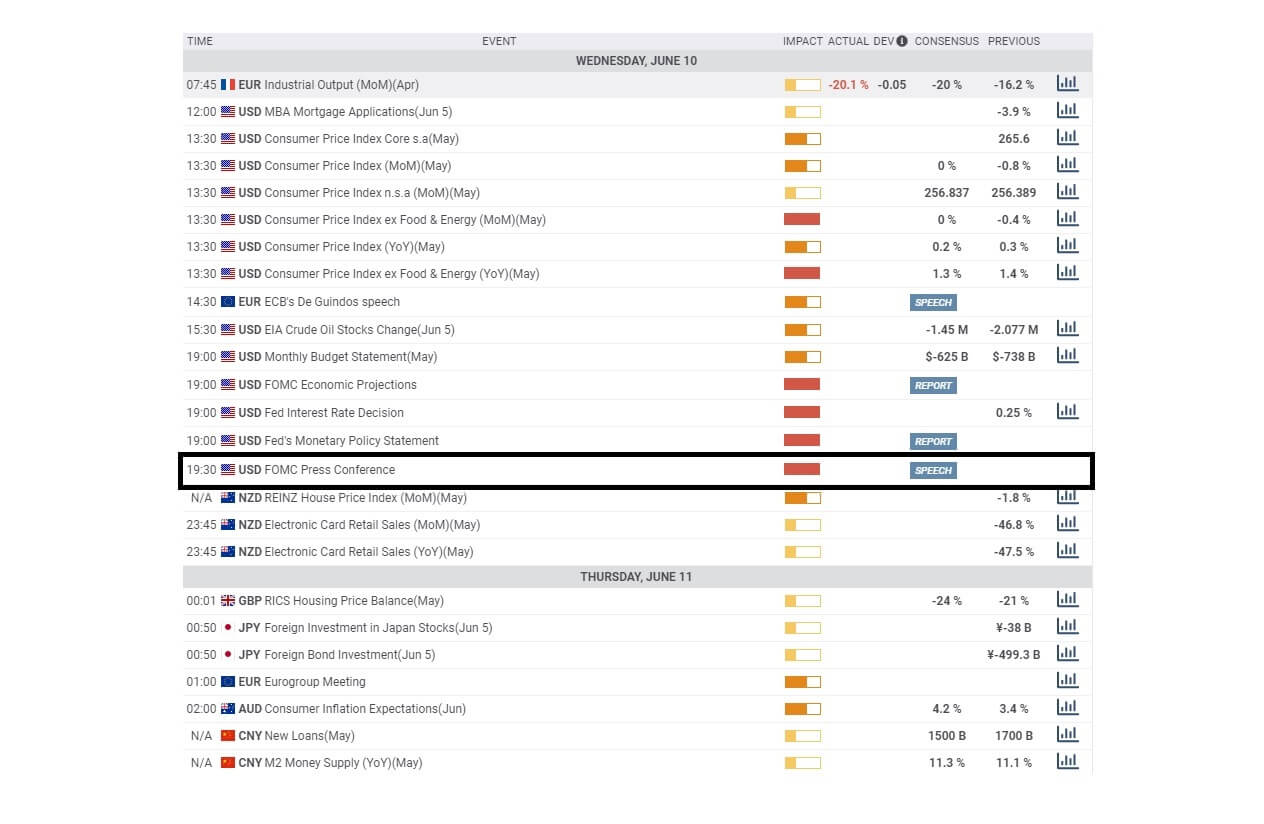 Thirty minutes later, there is an FOMC press conference to explain the rationale behind the decisions for any changes interest rate changes, or not, as the case may be, and also to explain the monthly monetary policy.
The conference lasts for around an hour and includes a prepared statement, and then the floor is opened to press questions that are unscripted and often leads to market volatility as traders and analysts try to decipher future policy decisions and directions.

Firstly, pay particular attention to the consensus. Deviations from the consensus can cause market volatility.

As a rule of thumb, When the Fed increases interest rates, it typically tends to attract investors to buy dollars because they get a better yield from the higher interest rate. This is typically better for the economy.
On the other hand, a rate cut is seen as a sign of a poor economy with inflationary headaches for the FOMC, and in turn, investors tend to move out of Dollars, and this weakens the local currency.
Always trade this economic data released with extreme caution because it will typically cause extreme volatility, and sometimes this may not occur until the FOMC press conference and especially when the board member is answering questions from the press. Wait for a trend to develop and pick an opportunity to join it.