Statistical Arbitrage is a specific approach to trading many major quantitative hedge funds use at the moment. It was pioneered by Morgan Stanley, one of the biggest investment banks during the 1980s, and it is still improving. Statistical Arbitrage is a trading strategy approach that uses mean-reversion models. This trading strategy is almost exclusively used for short-term financial decisions and not for regular investing. Assets are being kept in this portfolio anywhere from a few seconds to a few days.
Statistical Arbitrage strategies are supported by many mathematical, computational, and trading platforms that help with their usage. These strategies are heavily quantitative by nature. They involve data mining, statistical methods, as well as the use of automated trading systems, better known as bots. 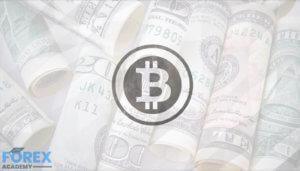 How Statistical Arbitrage came to be

A popular way to mathematically model a mean-reverting relationship between two assets is to use cointegration. Michael Patrick Murray explained cointegration in a funny and relatable way in his paper, “A drunk and her dog.”
A drunk person walks out of a bar at 4 AM. His path would be quite random, or at least highly unpredictable. We could say the same about a path taken by a dog roaming around without a leash. However, let’s see what happens if the dunk person walks the dog around in the park. In this scenario, the randomness of their path does not change, but their cointegration does. The dog and the human will stay within a certain distance of each other, no matter how random their path is. The dog might wander off at some point, but will eventually return towards its owner once its name is called.
In this scenario, the path of the dog and the drunk person are clearly cointegrated.
Statistical Arbitrage in Cryptocurrencies
When taking cryptocurrencies into consideration, a few examples of how simple Statistical Arbitrage could be used in the cryptocurrency market come to mind: 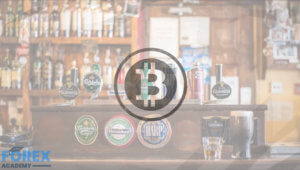 Ethereum and Ethereum Classic – Ethereum Classic is a semi-recent fork of Ethereum, which by itself makes these two cryptocurrencies extremely correlated as they fight for the same market. Aside from recent Ethereum upgrades, Ethereum Classic is basically a version of Ethereum that forked off because the founding community did not agree on the decision to roll back the blockchain to refund the victims of the DAO hack.

Tron and EOS – Tron and EOS are direct competitors as well as for cryptocurrencies with a fairly large market capitalization, which means they might be correlated in some way. Both of these projects launched their main-nets around the same time as well as turned their tokens away from the ERC-20 standard so they could have a blockchain of their own.
Monero and Zcash – Monero and ZCash are currently the most popular privacy coins (excluding Dash, which is not fully a privacy coin as it has the option to bet completely transparent). Both of these cryptocurrencies target the same market (people interested in anonymous transactions), and both are considered to have top-of-the-chain privacy features. None of these two cryptocurrencies had an ICO, which is another thing that puts them into the same category.

Statistical arbitrage can certainly be another potentially profitable trading strategy when trading cryptocurrencies. People that like to look at things from a more fundamental perspective while still trading assets in the short-term would find this strategy quite useful.