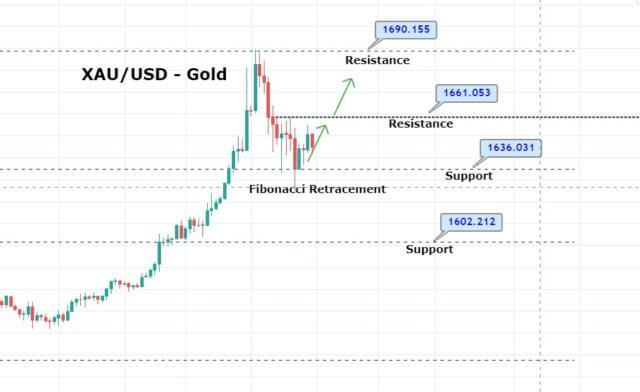 On Wednesday, the precious metal gold prices rose slightly following a sharp decline in the prior session, as a U.S. indication of an imminent pandemic urged traders to seek shelter in safe-haven assets.

The United States announced it’s citizens to start planning for the virus to expand inside the country as outbreaks in Iran, South Korea, and Italy intensified. The consequences of the epidemic are expected to reflect beyond China as the most significant markets in the region are anticipated to either slow down significantly, stop or recoil entirely in the current quarter.

The speedy spread of the disease and its influence on global economic movements boosted chances for monetary policy easing by global central banks, with U.S. money market futures now entirely pricing in a 0.25% point cut by the end of June. Nevertheless, U.S. consumer confidence soared in February, implying a constant pace of consumer spending that could boost the economy despite rising fears over the fast-spreading disease.

Gold has already completed the 38.2 %Fibonacci retracement at 1,636 level. The MACD and RSI are holding in the selling zone, supporting bearish bias for the gold. Gold has an immediate resistance around 1,660, which may keep gold prices in a bearish mode until this level gets violated. A bearish breakout of 1,636 level can lead to gold prices towards the next support level of 1,619 and 1,609. Both of these levels mark the 50% and 61.8% Fibonacci retracement levels. Let’s consider selling below 1,630 to target 1,626 today. Good luck