In this session, we will be looking at the announcements on the 9th of November, where Pfizer announced they had successfully concluded a trial of their Covid-19 vaccination, which had the effect of reducing the infection rate by 90%. 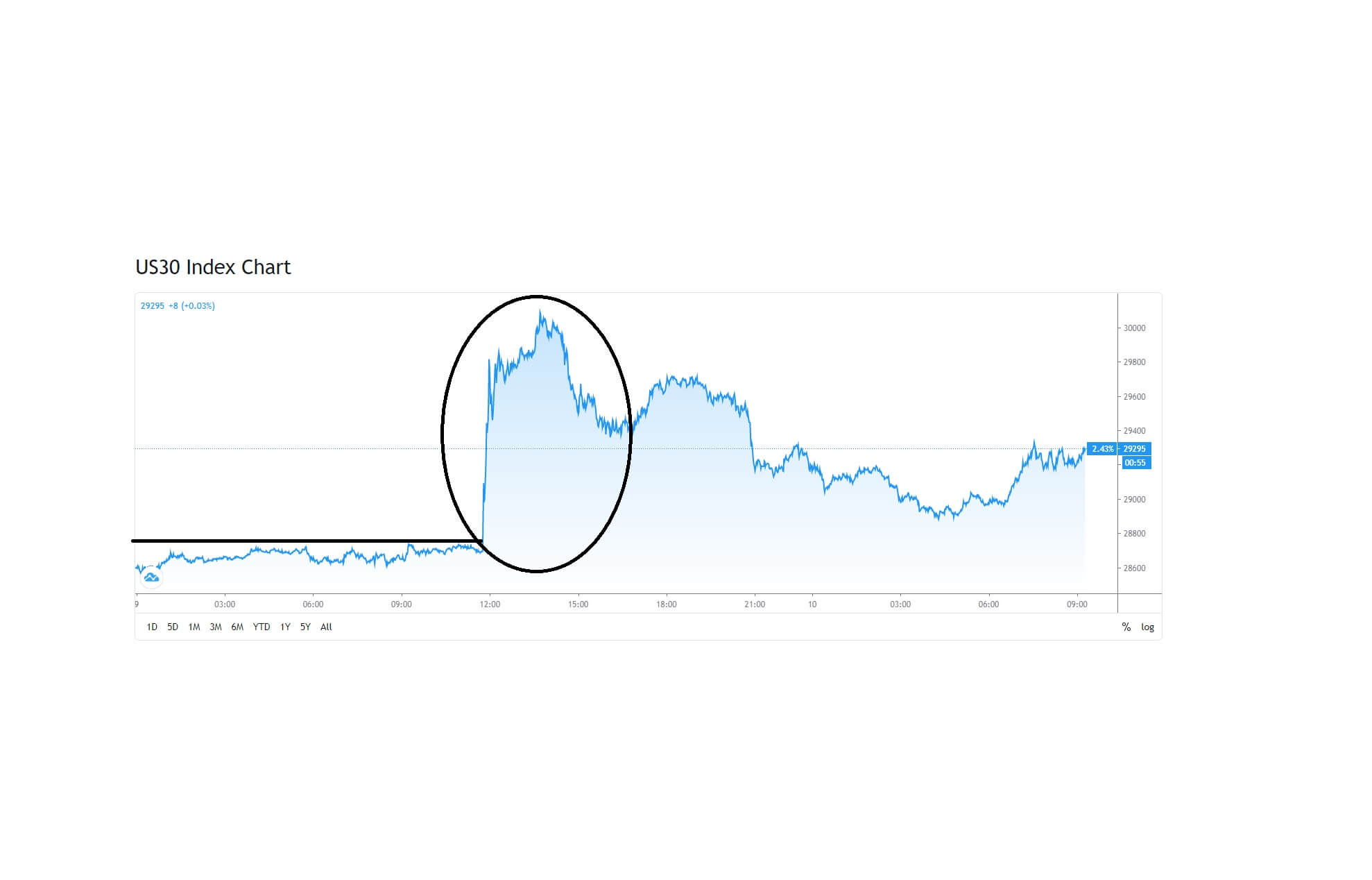 The effect in the markets was immediate, and almost every asset class saw volatility while traders and investors saw the news as bullish. The Dow Jones 30 index took the brunt of the volatility, where it had been fairly steady after the US Presidential election with relative calmness, and not selling off as expected when Joe Biden won, it went monstrously bid, rising by over 1500 points to an all-time record high of over 30.000 before pulling back due to profit-taking. 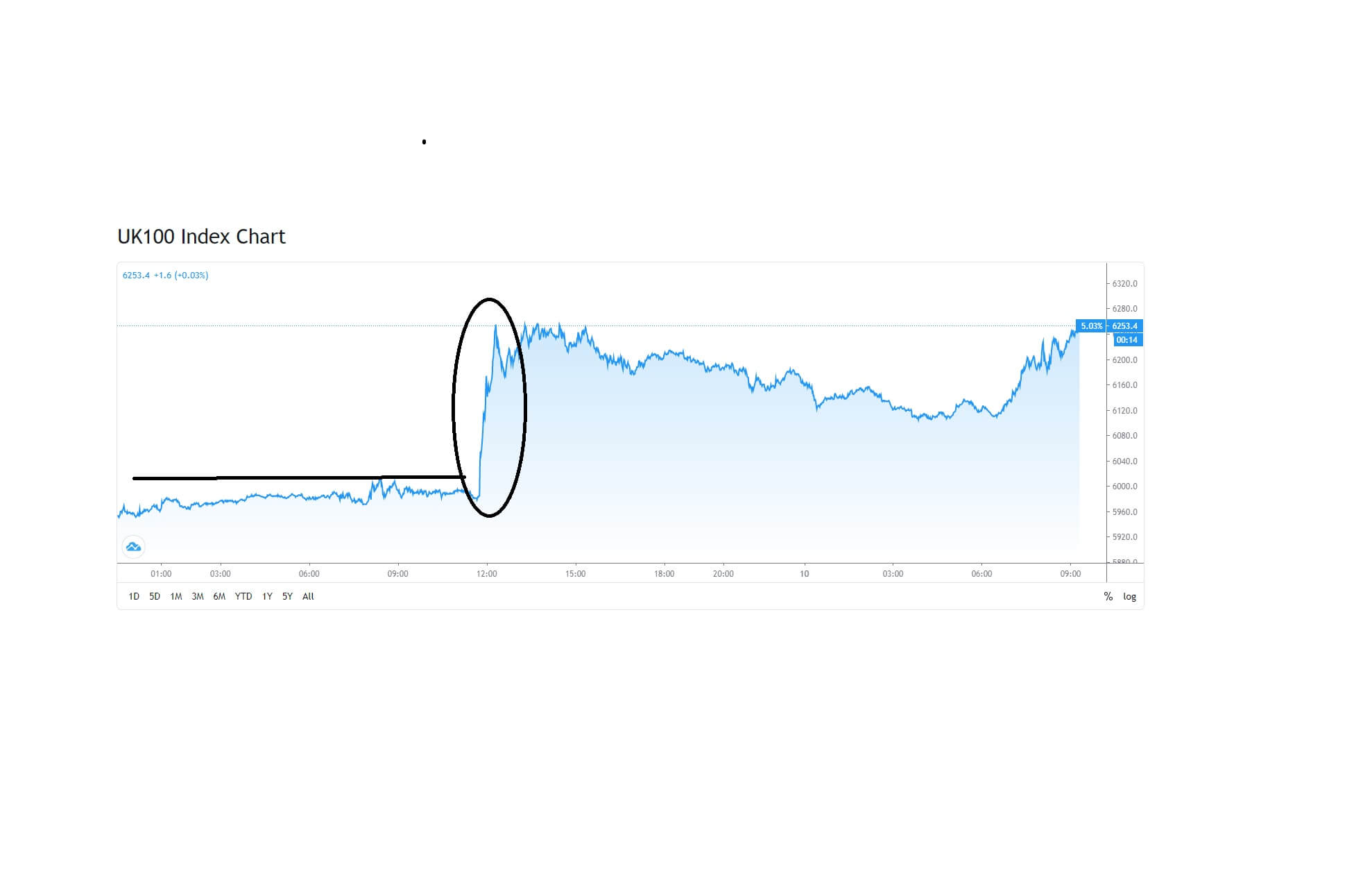 The FTSE 100, which had also been flatlining, also punched above the previous 6.000 ceiling to record a 5% bull move. 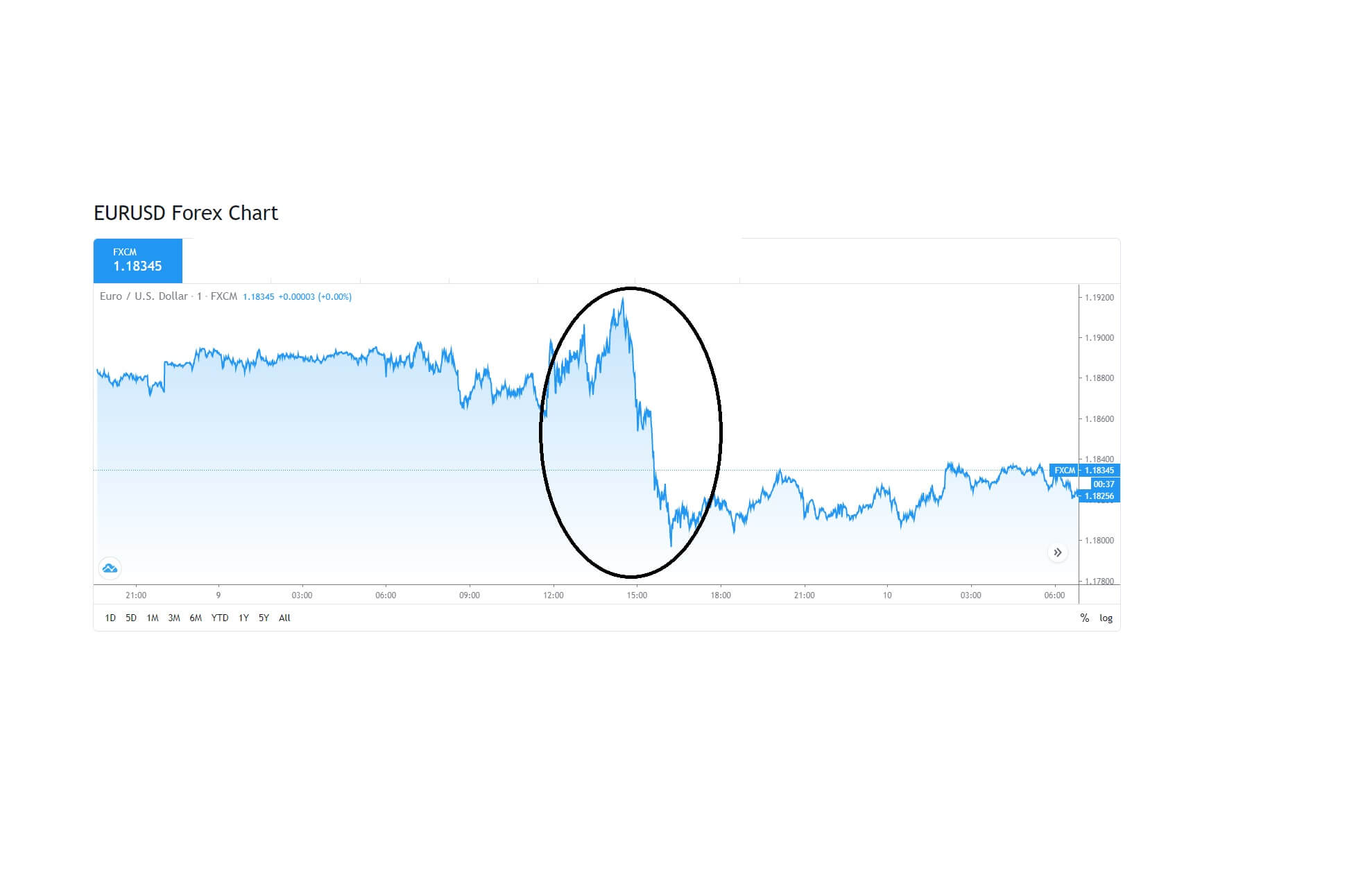 The EURUSD pair saw a jolt of heaving buying to a high of 1.1920 before heavy selling pushed the pair to below 1.1800 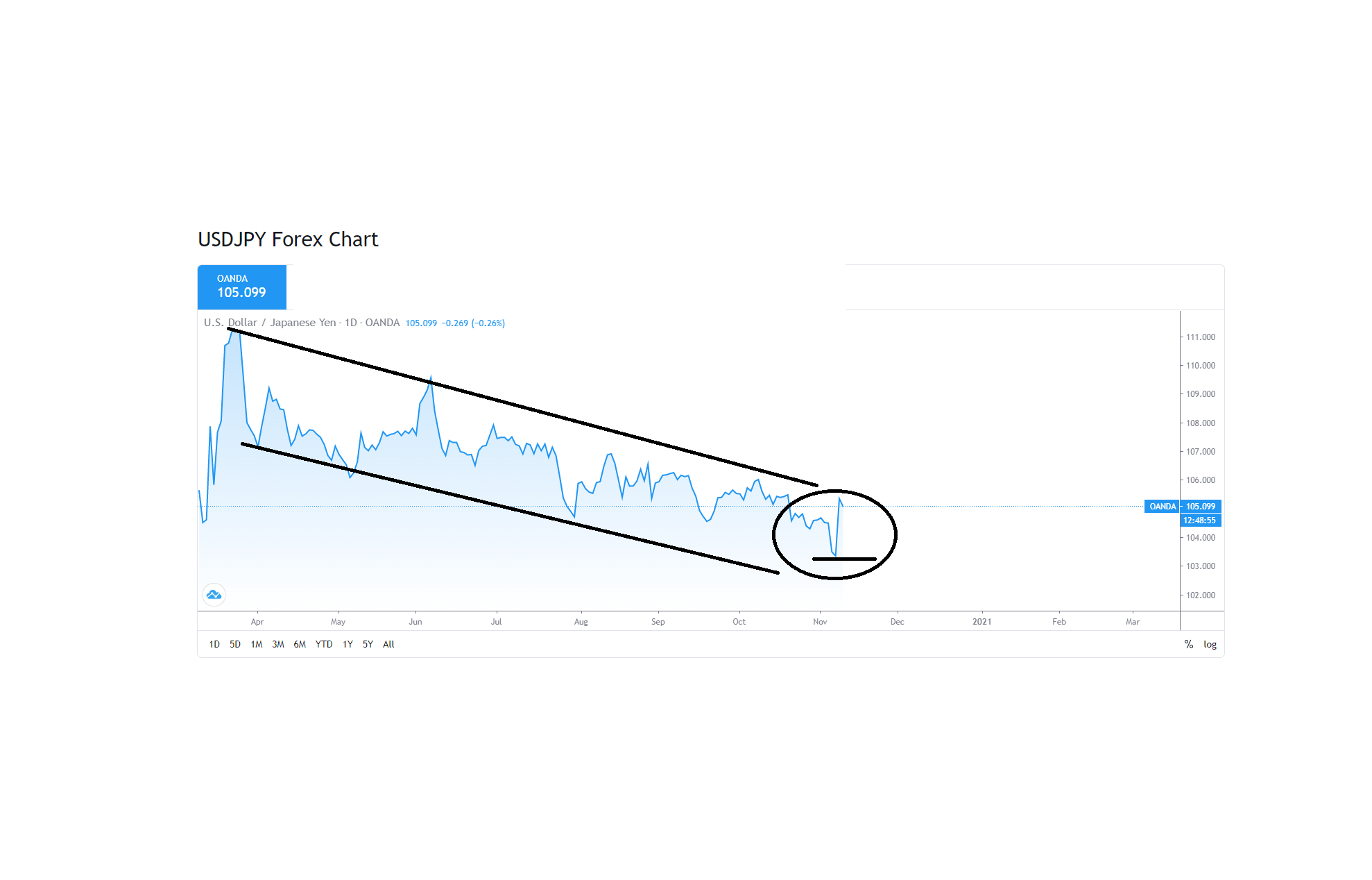 And the selling pressure on the USDJPY pair, where the yen was being bought as a safe-haven currency, immediately lifted the pair over 200 points to 105.65. Traders had been anticipating a move lower within the channel shown here on the daily chart to a possible test on the 101.00 level.
While the use of an effective covid vaccine has been eagerly awaiting by the entire population of the world, the financial markets took the view that life will gradually get back to normal for all of us in the next few months. And this means that economies around the world will go back to full production and turn around the losses they have incurred over the last 12-months as they gradually get back to normal, thanks to the vaccine.

But the markets have a reputation of buying the rumor and selling the fact, and we wonder if things aren’t just a little bit overcooked. Why, may you ask, are we downbeat about this wonderful news. We would say cautious rather than downbeat, but let’s just take a look at the facts about the company behind this vaccine, and then we will leave it to you to decide whether people are looking at this situation through rose-tinted glasses.
Pfizer Incorporated is an American pharmaceutical company; it is one of the largest in the world. It’s got to be so huge by buying up competitors, which led to market dominance.

But its reputation has become tarnished along the way. It has been fined in the USA and other parts of the world, including Nigeria, for testing antibiotic drugs on Nigerian children without the parent’s consent, effectively using the children as human guinea pigs. The Nigerian courts settled $75M with an undisclosed amount being settled in the USA.
It received the biggest ever fine in US history of over $2B for mis-promoting medicines and giving kickbacks to doctors.
They also mislead regulators for defective heat valves where people died because of a lack of testing, resulting in a $10.75m US court settlement.
It was fined $60M for an ineffective diabetes medication, which caused severe liver damage killing patients.
They have paid $20M to doctors to promote their drugs.
The list goes on.
And yet the British government, who saw the Competition Watchdog fine Pfizer over £90 million, for ramping up an epilepsy drug by over 2000% to the NHS, have ordered 30 million doses of this new Covid vaccine, to be delivered by the end of the year which will be licensed for emergency use, initially.
With Pfizer producing the wonder drug that the whole world needs in just a few record-breaking months before specialists said that it would take 18 months to develop, we have the right to wonder if corners have been cut. Where no peer reviews have been done on the vaccine to date, in which case, drugs cannot be authenticated by third-party specialists at this time. And with such a dubious reputation, and where this drug will only be effective should be the whole population take it, I asked again, have we been looking at the situation with rose-tinted glasses? We certainly hope that the drug is effective, but with a criminal record as long as your arm, it is very wise to be cautious about this covid vaccine breakthrough.
Traders are advised to initiate very tight spot losses and expect the unexpected with his new layer added to the financial markets, mixed in with the US election President election, new levels reached in all assets, and many traders will be scratching their heads wondering where will things go next.