Joe Biden President-Elect? How might the markets react long term?

Thank you for joining this forex academy educational video. In this video, we will be looking at the present, with Joe Biden of the democratic party as President-elect.

At the time of writing, Joe Biden would appear to have an unassailable lead in the US presidential elections. No doubt, President Trump will use every tool and trick at his disposal to try and hang on to power, including legal intervention in what he calls fraudulent voting, which, according to the press, is totally unfounded.
However, with votes still being counted in a handful of remaining states, and with Joe Biden well out in front, it would appear ear that he has one foot in the White House already.
What would this mean for the financial markets?
The Democrats, headed by Joe Biden, have lambasted Trump’s policies over the last 4 years. They will likely try and reverse many of the policies implemented by the Trump administration. One of the Democrats’ election pledges was to impose extra corporate regulation, taxes, and healthcare spending, all of which would be negative for the stock markets in the United States unless, of course, they are healthcare-related, or in the green sector, where Joe Biden has pledged to spend more money, to reduce greenhouse gases. Joe Biden has pledged to give the country a leading role in global efforts to curb climate change, a reversal in direction from the Trump administration where Donald Trump withdrew from the Paris climate agreement in 2017.
Another policy that has helped Joe Biden gain votes is his pledge to penalize companies, presumably by taxation, that moved jobs abroad. This will undoubtedly have been why the Midwest saw a surge in Democratic votes because it is the industrial heartland of America, the so-called Rust Belt.
In a twist, where investors might have bailed out of stocks due to a potential shift in policy under a new administration, with regard to higher taxes for corporations and more regulations, which would tie the hands of corporate companies and potentially affect their earnings capabilities, the markets have been airing on the side that a potential democratic party victory may be the quickest route to a generous government stimulus continuation package, and this of course, in the current economic uncertainties, would be a welcome thing. 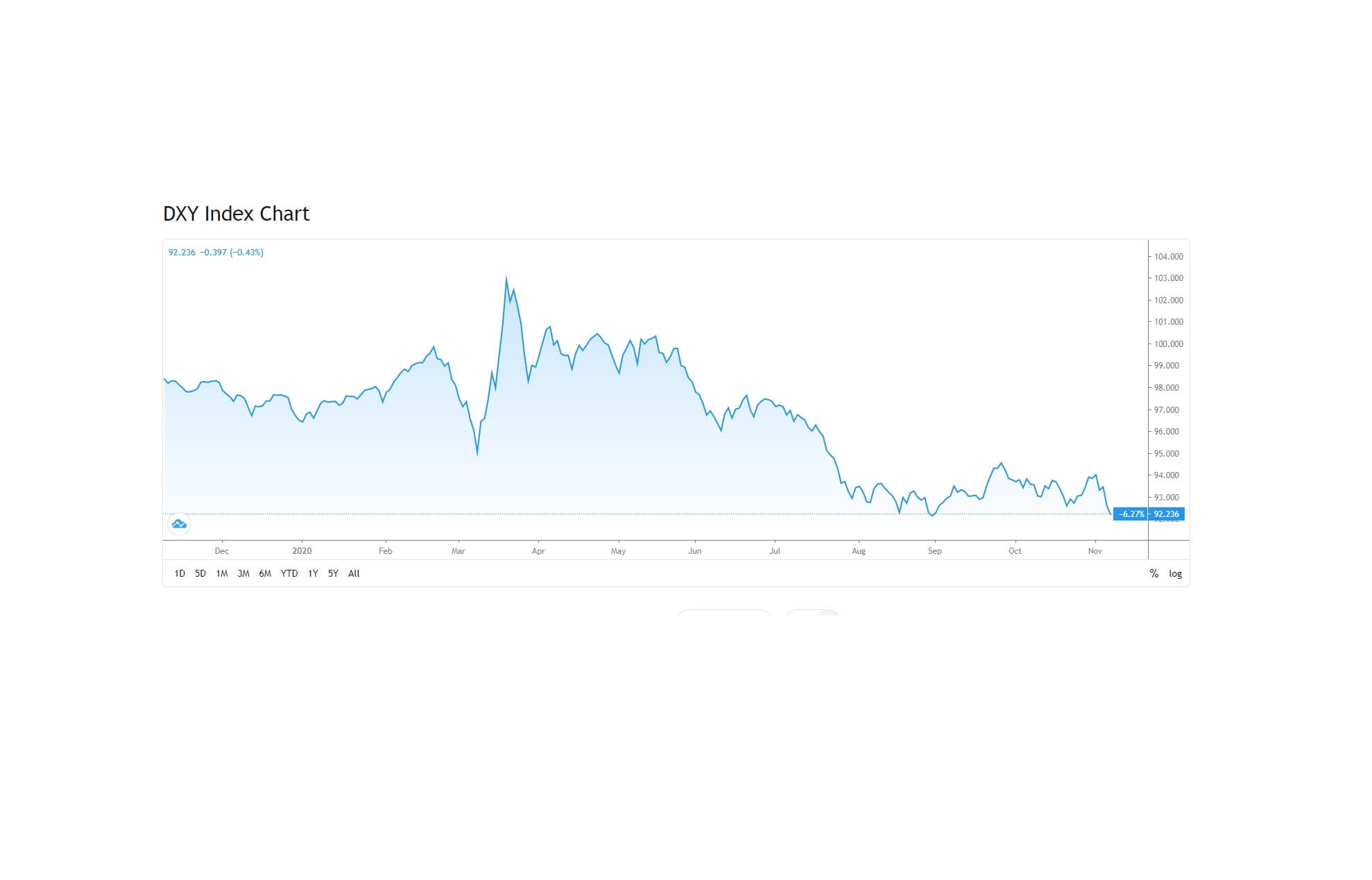 In the lead up to the election, we can see here that the US dollar index, which is a measure of the dollar value against the basket of major currencies, the price has fluctuated between 92.00 and 94.00 since mid-August, with pressure currently to the downside at the time of writing. 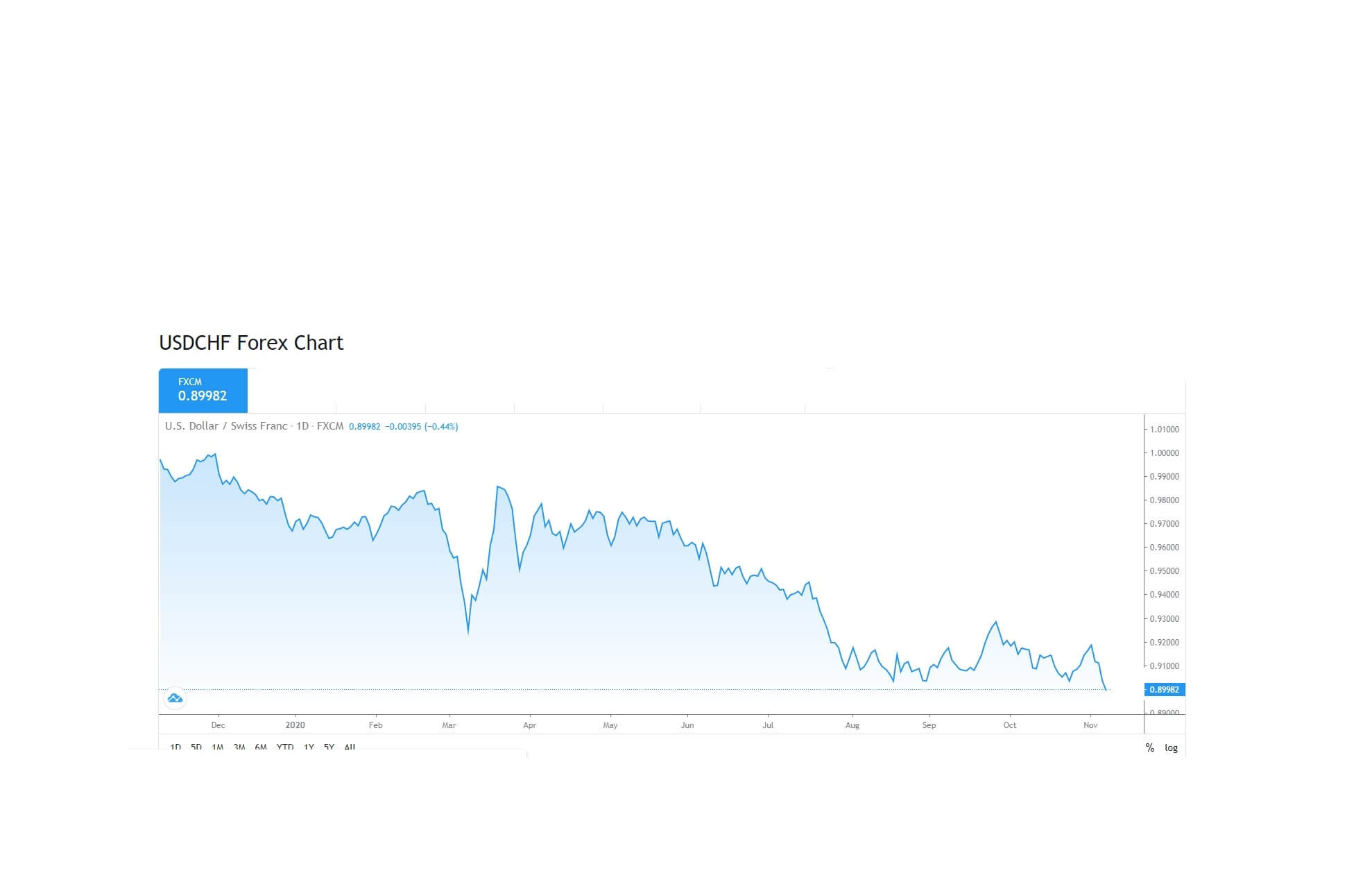 One of the biggest gainers against the Dollar has been the Swiss franc, where the USDCHF pair fell below the 0.900 level on Friday 6th November as the franc was being bought as a safe-haven asset. The last time the pair hit this level was in 2014. 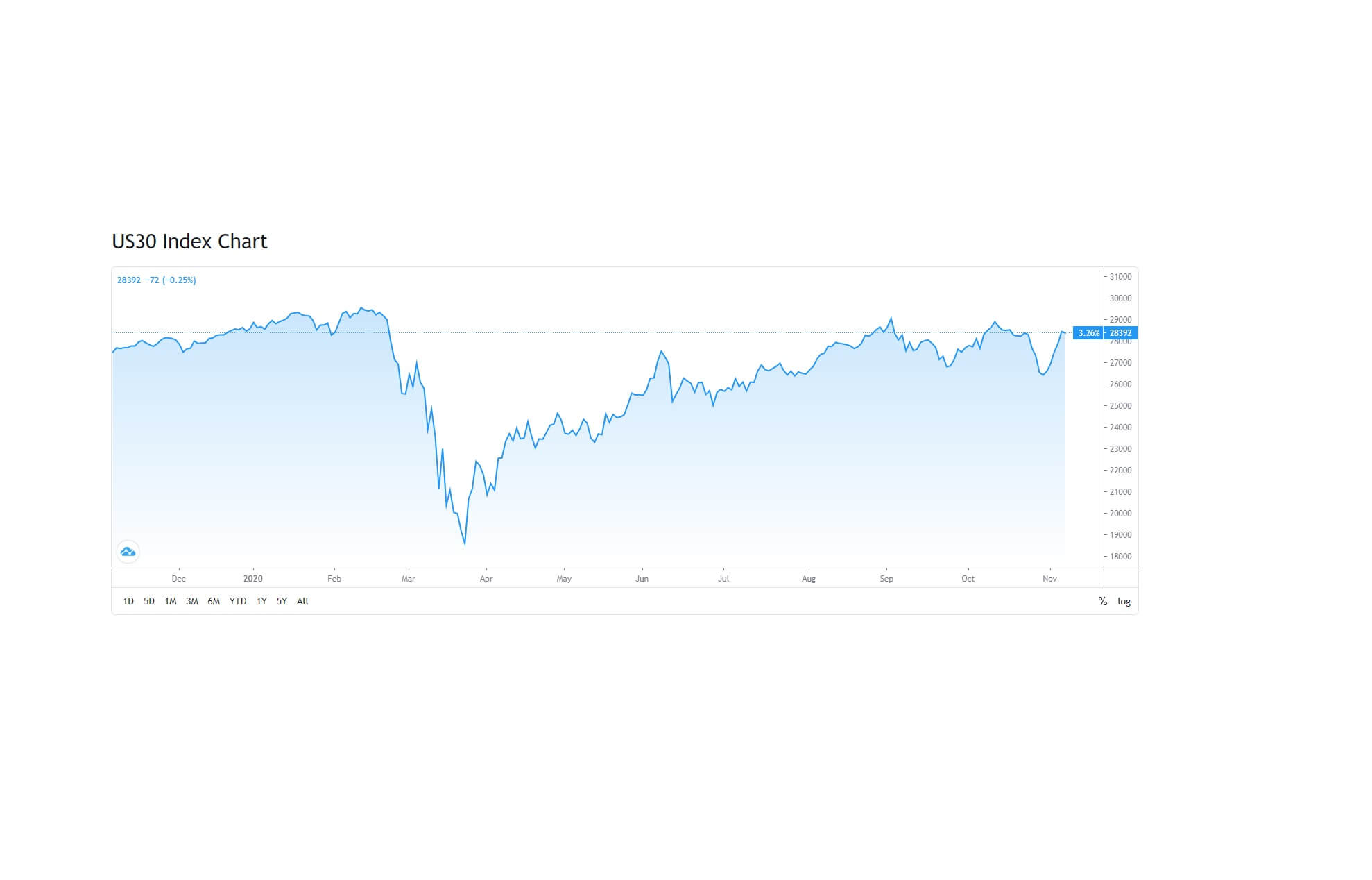 Another asset that is bought in times of uncertainty is the Japanese yen. Here we can see that also on the 6th of November, the USDJPY currency pair fell below the key 104.00 level to reach 103.37, and analysts will be looking to the low in March of this year where the pair fell below the 102.00 level and possibly a test of the 101.00 exchange rate. 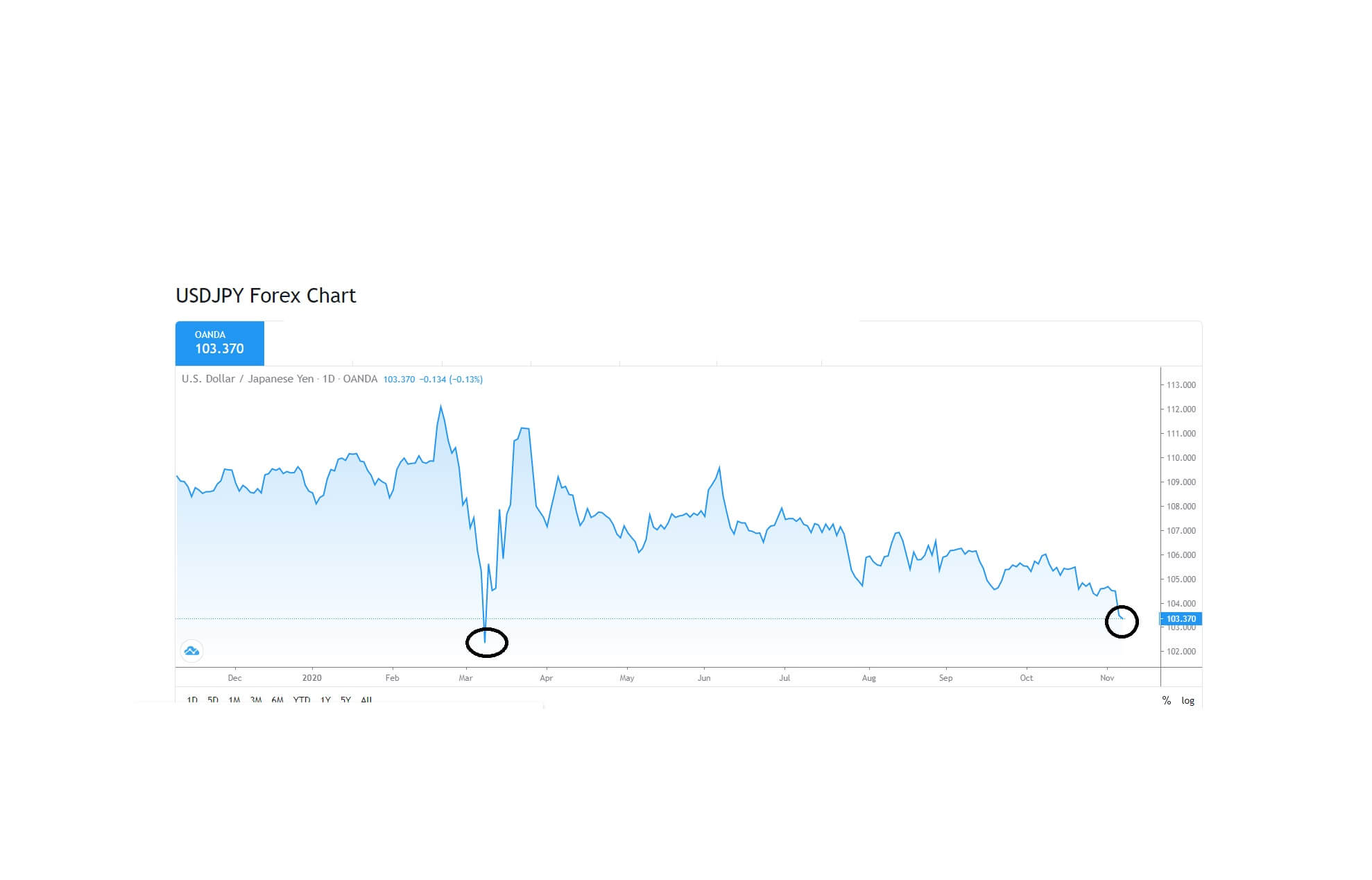 And while the euro and pound have also made gains against the United States dollar, the Dow Jones 30 industrial index has flattened just above 28,000, as buyers try to figure out the actual winner of the presidential election, which as mentioned looks very much like Joe Biden, and what the democratic policies are likely to do for the American economy as previously stated.
Extreme volatility has prevailed over the last few weeks, and that is likely to do so in the following days and weeks until whoever actually wins the next president of the United States.
Longer-term, the markets will be looking at Democratic policies if they officially win the election and be looking for them, will they, won’t they, covid stimulus package to be agreed upon by the Democrats and Republicans.