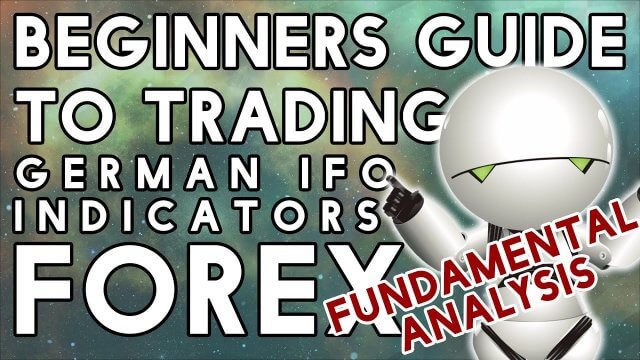 Thank you for joining our educational video four fundamental analysis for novices. In this video, we will be looking at the German IFO Indicators. 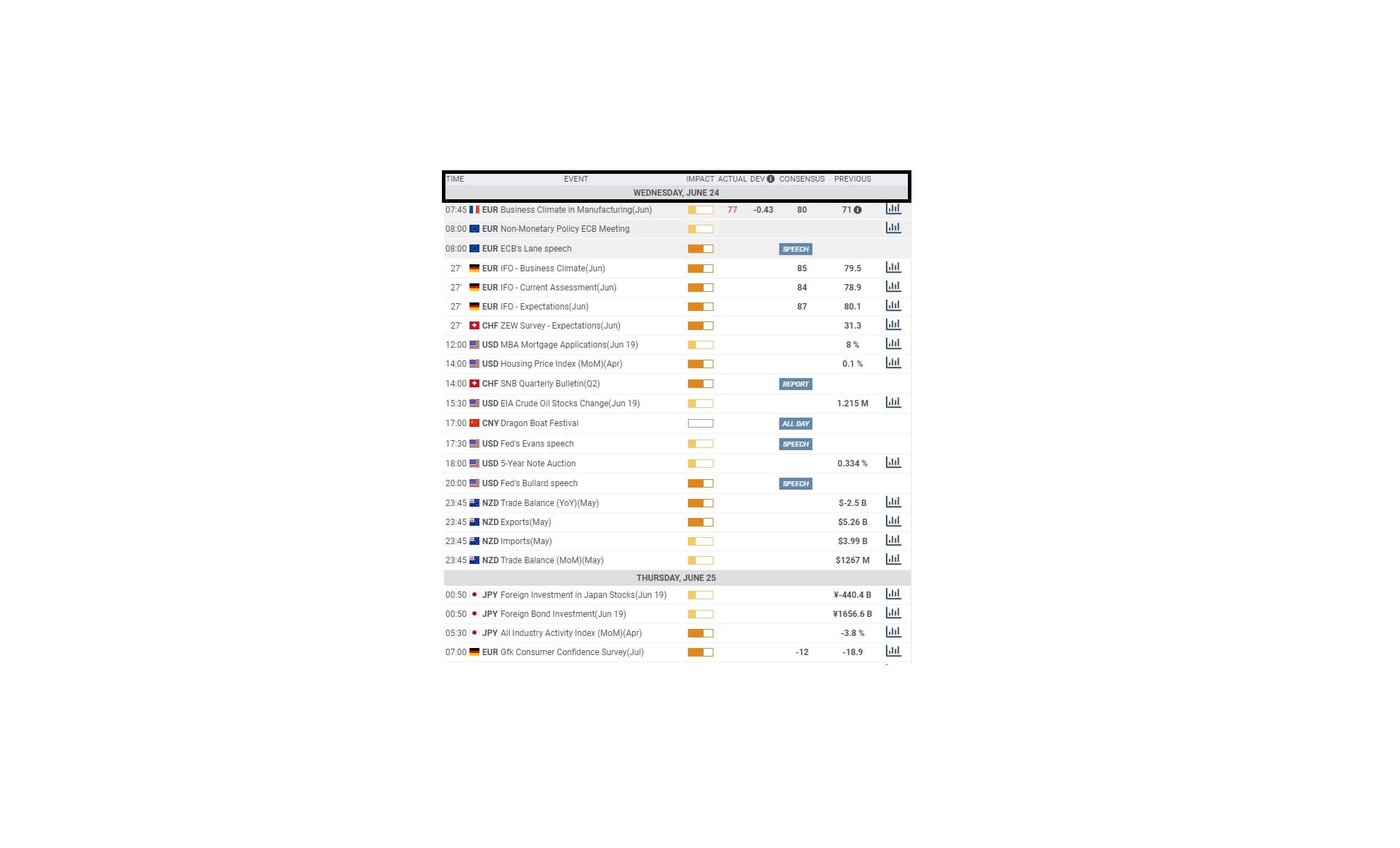 One of the absolute must-dos for traders is to routinely analyze economic data releases from governments around the world. These show the economic health of that particular nation’s economy.  This data can be found on an economic calendar such as this one.  The majority of brokers provide an economic calendar, and you should refer to it every day in order to avoid trading around times of possible extra market volatility surrounding the release of high impact economic data.
The key components of an economic calendar are the day, date and time, the actual event, the likely impact of the data, the actual data upon release, the previous data for comparison, and a market consensus of what the likely figure will be.

INSERT WHAT IS THE GERMAN IFO

This is a German business sentiment index. The data is compiled by the Munich based CESIFO Group. The institute conducts a survey of around 9000 German businesses, including manufacturing, the service sector, trade and construction, and focuses on their assessment of the business situation, including their short-term planning.  Each response is weighted according to the significance of the particular firm’s importance within the German economy. The data is compiled in such a way to reflect outcomes between – 100 and plus 100.  where the lower, the worse for the German economy and vice versa.  The IFO is a leading indicator. 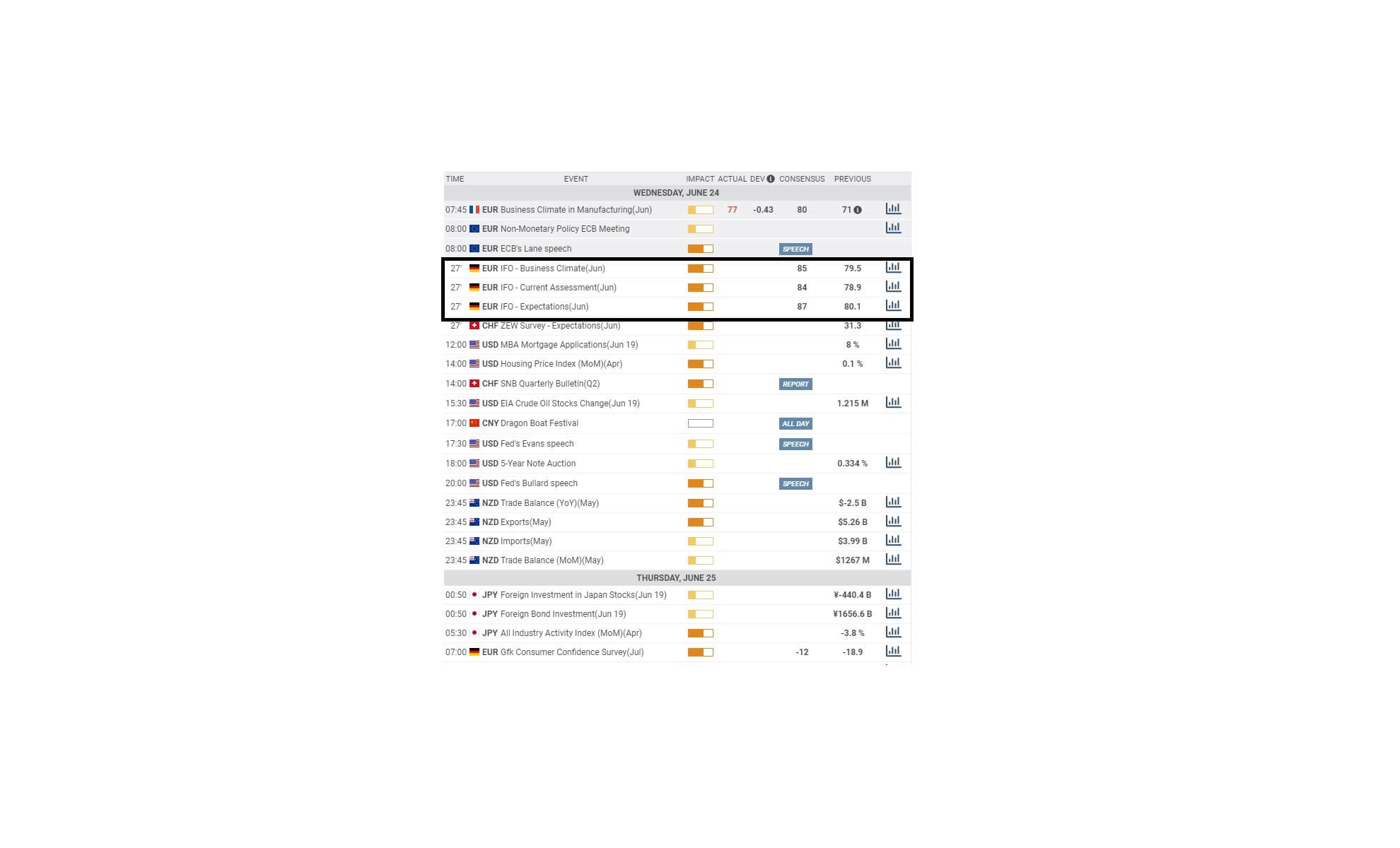 Here we can see that the IFO economic indicator is due for release in 27 minutes and where the data is released in three components: business climate for June, current assessment for June, and Expectations for June.  The impact of value is medium, and that means there is a possibility that the data release can cause volatility in the market upon release. 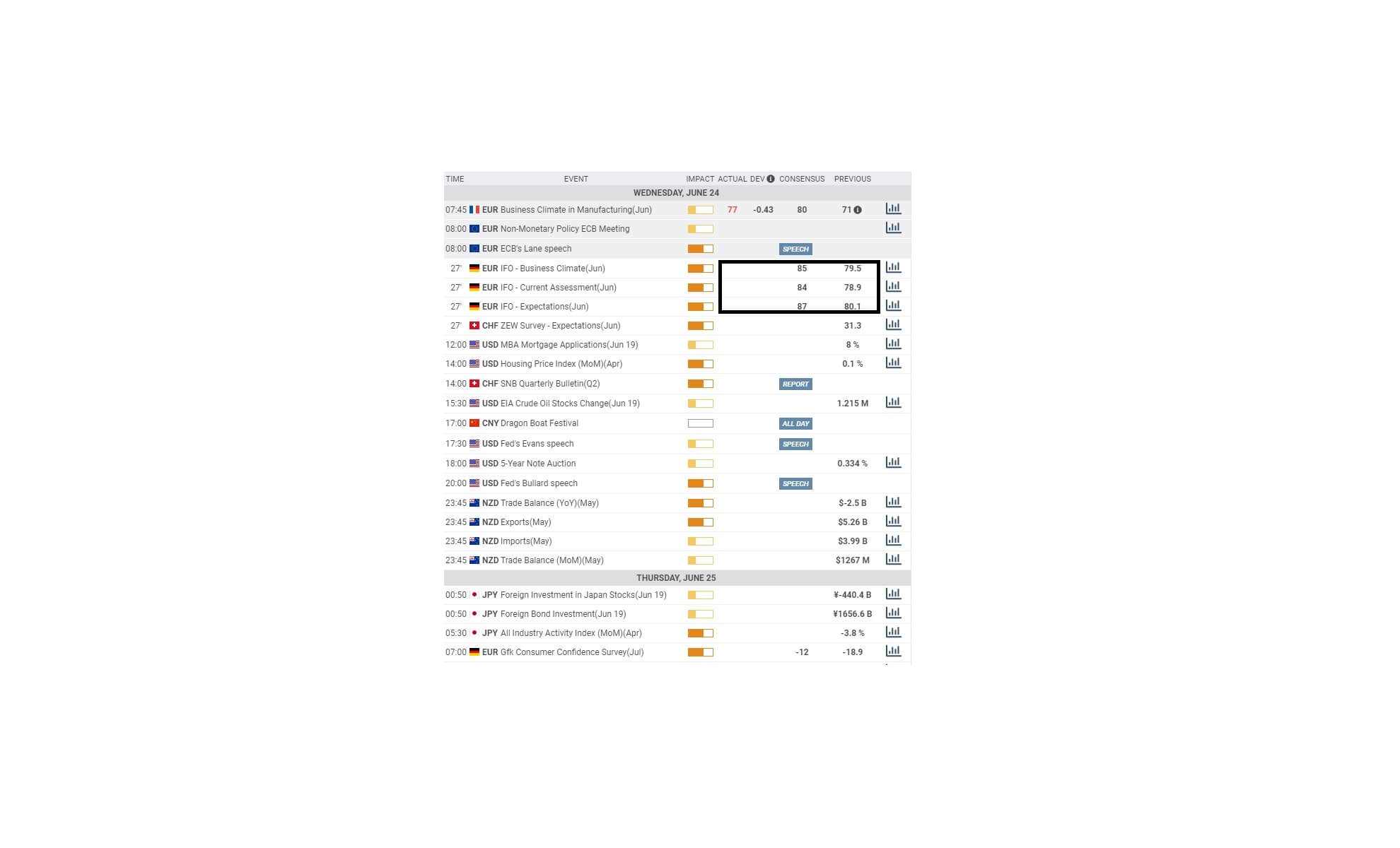 The consensus values are highlighted and are expected to be slightly higher in each case for the previous releases for May 2020.  This means that economists and market analysts are predicting the IFO releases will be an improvement on the previous month. 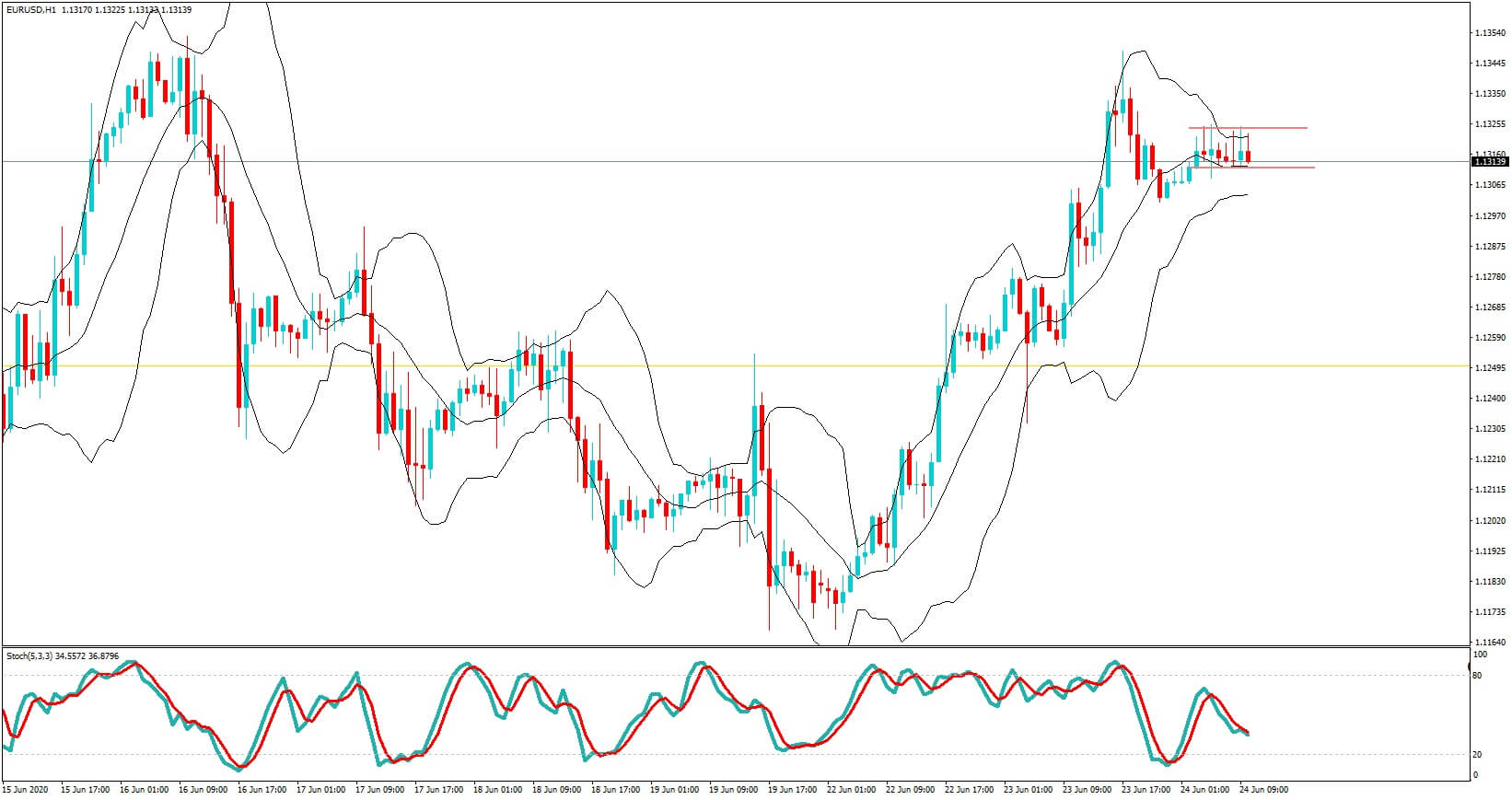 This is the technical analysis of a 1-hour time frame for the euro US dollar pair just prior to the release of the IFO number. 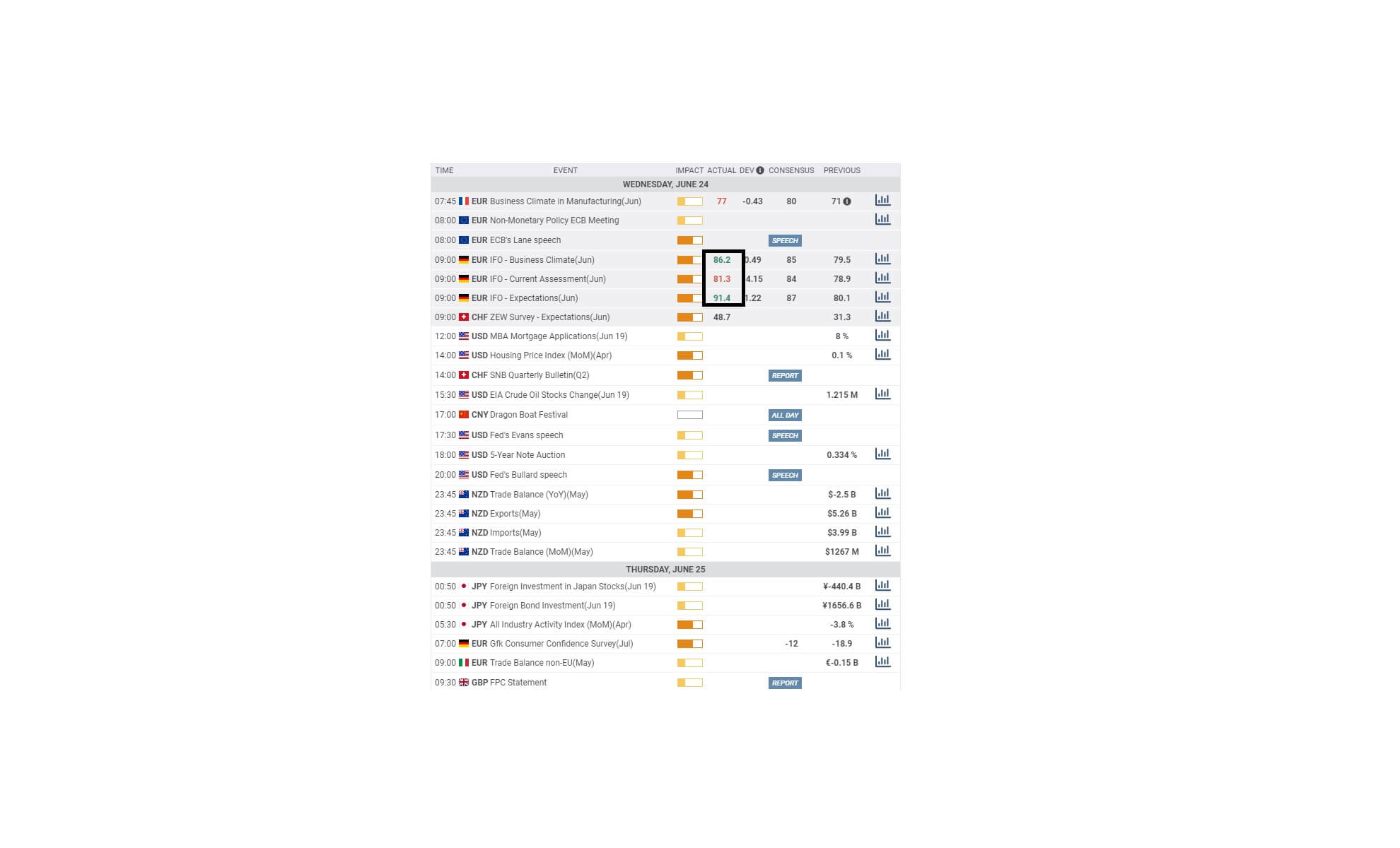 This is the actual data release for each of the three components. While all three are better than the previous month’s figures for May, the current assessment component is slightly lower than the consensus value.

After an initial dip lower due to volatility at the time of the release, a slight bid tone returns to the pair. Traders saw a positive figure, which was above the previous release, and this was considered to be good for economic growth, and therefore traders viewed this as bullish for the Euro. A lower reading would have had the opposite effect.

A short while after the markets had time to analyze the data and listen to some negative comments, post-release, from the German finance minister, the pair pushes lower.

It is always advisable when trading around important data releases, such as the German IFO economic indicator, to wait until such time as the market has done its own analysis and then try and get on to a trend once it is started to develop.