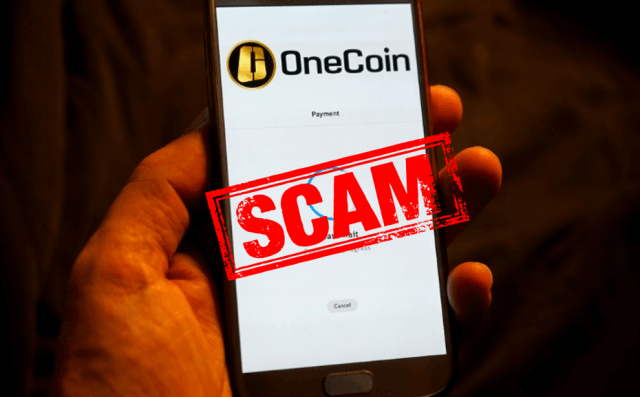 OneCoin was promoted as a blockchain-based cryptocurrency through an offshore company OneCoin Ltd. registered in Dubai and founded by Ruja Ignatova, a Bulgarian national. According to the claims made by the company, OneCoin is a cryptocurrency that works like any other digital currency system whose coins can be made through a mining process, and the coins can be used for making payments anywhere in the world.

But there is no specific clarity of the working blockchain model of OneCoin. OneCoin is also known for selling educational materials and courses for cryptocurrencies, investments, trading, and other subjects related to financial analysis. However, OneCoin has been labelled as a global Ponzi Scheme and the biggest cryptocurrency scam ever. Let’s navigate the details.

What is a Ponzi Scheme?

A Ponzi scheme is a type of financial fraud or investment scam where the investors are promised high rates of returns and profits with minimum risk. The scheme traps the investors into a false belief that the returns are generating from the sales of a product or any other means; however, they remain unaware of the fact that the source of funds is other investors. The returns for the early investors are generated by collecting the funds from the new investors.

OneCoin is an international Ponzi scheme and was created as a fake online cryptocurrency by its founders to deceive the investors. The company used the terminologies of real digital currencies to reflect a genuine and authentic impression of its business model. The target audience of OneCoin included all those people who were not aware of the cryptocurrency and technology mechanism. Even the education material and packages sold were plagiarized.

The worst part of the entire scam is the company never had a blockchain, to begin with. The concept of ‘mining’ was fake, and the new miners were told to wait for at least three to six months before their currency can be mined. The transactions were observed without the use of blockchain technology. It was believed that they were using a centralized database to run OneCoin. Eventually, the company also revealed that the SQL database that was put into use was not capable of operating a blockchain.

OneCoin had an organizational structure similar to a pyramid scheme where everybody was actually paying to the individual above. So, there were two sections of the company. The first section was OneCoin itself responsible for marketing and spreading the platform.

In contrast, the other section of the company was composed of affiliates who were bringing in people for earning a commission. Local promoters would organize meetups to spread OneCoin, and even the webinars were also hosted. They had gathered maximum growth in Asia, particularly China, and that’s why the country was hit the hardest. OneCoin was successful in running a $2 billion cryptocurrency pyramid scheme in China.

The founders of OneCoin and many other associated executives were formally charged, and the US Authorities had declared OneCoin to be a fraud. It is crucial for us to know the basics and fundamental concepts of crypto and blockchain to avoid getting affected by such scams. We should be able to identify the scams by analyzing and understanding the platforms properly before investing our money.