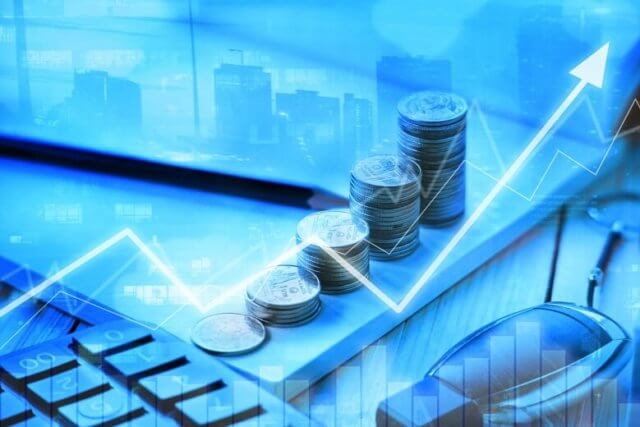 Are you considering investing in cryptocurrencies? Read on to understand just why NANO and BAT should form part of your portfolio.

The meteoric rise of digital assets over the past couple of years has often revolved around the top cryptocurrencies: Bitcoin, Bitcoin Cash, Ethereum, LiteCoin, Dash, etc. With thousands of other cryptocurrencies still trading in the market today, you would be ill-advised to think only the most popular coins that you already know about the matter.

The best thing about the creation of tens of thousands of cryptocurrencies when blockchain technology was at its peak, was the variety. Almost every asset that reached the market brought unique features, offered differing options to users and investors, and aimed to dominate the blockchain space by making the world a better place. While not every crypto asset made it this far, in this post, we will be comparing two of the most promising tokens for investment in 2019 and beyond.

Why NANO and BAT stand out

If you are looking to find the better of the two tokens – perhaps one that best suits your investment profile, you have come to the right place. In this post, we will compare the two assets based on what each brings to the market, their strengths and weaknesses, as well as the investment opportunities each has to offer.

Both Nano and BAT have stood strong even in the face of a massive cryptocurrency wipeout that began in early 2018 and killed over 70 percent of all the cryptocurrencies that once traded in the global market. Given that the two have commendable technical specifications and strong development teams and present impressive utility to users, they both offer great investment opportunities.

The world today is run by advertisers. Look at Google. Facebook, too, while it sells itself as a social platform, it mines people’s data to stay rich. Basic Attention Utility, or simply BAT, is a token that was created as a genuine utility to deal with the ills that individuals and businesses in the world of digital advertising have to put up with today.

The creators of this cryptocurrency were inspired by the need to address numerous problems that plague both consumers and publishers in the industry. The biggest of these issues being the economics and organizational dynamics imbalance that benefits only a few players in the industry at the expense of many stakeholders.

In what the creators of BAT call “electronic pollution” in their Whitepaper, individuals are subjected to unnecessary inconvenience and high costs whenever they attempt to make any headway in the digital advertising arena. These inconveniences and costs often come in the form of high data costs, long load times of content, device battery drainage, privacy breaches, and malvertisements (ads that spread malware to users).

Mobile users, in particular, are the worst hit by electronic pollution served by the corporations dominating the advertising space. As user privacy continues to become a major issue of discussion, advertisers are relentlessly pushing the envelope coming up with shrewd ways to harvest user data and often use it against them. Cases of user data and device batteries drained by ads have been so prevalent in the past that many users have resorted to using ad-blocking software.

When users are so fed up with ads that they resort to blocking them, it hurts the publishers, gives the industry a bad name, and prevents legitimate advertisers from generating income even from the remaining ad-viewing users. Before the launch of BAT, the creators of this ad-focused token first created the Brave browser that is open-source and focused on user privacy. It was designed to block off invasive ads and browser trackers as well as accurately measure the user’s attention anonymously in an effort to reward publishers and users what they truly deserve.

The BAT token came soon after the Brave browser, and it runs on the Ethereum blockchain platform. Derived from the user’s attention or ‘mental engagement,’ it makes the users just “targets” for advertisers, but also active players in the advertising and publishing economy by granting them access to a portion of the advertising budget in BAT. Users can purchase content for their friends and even donate to publishers and content providers using BAT. This is how BAT has been able to promote an equitable and fair exchange of value.

BAT is most attractive to investors and users who value online content or understand the stakes in the digital advertising world. These are:

☑️ Advertisers: The BAT incentivizes advertisers to integrate the coin in their list of ads. This enables them to receive specific data and a range of analytics regarding their ads and the users they target. Since users’ systems are equipped with attention measurement tools and machine learning algorithms that extract clear and precise advertising and content data, advertisers get deep insights into how their ads are doing and what they need to do to get better returns.

☑️ Publishers: Content creators and publishers are hugely incentivized to create content of greater value, and to expand their publishing platforms to reach wider audiences and earn more. Better still, publishers and advertisers get accurate user feedback when they hand-pick ads they like to see or are relevant to them. Some of the top publishers who currently accept BAT and work with its platform tools are Vimeo, Vice, and The Washington Post.

☑️ Users: If you would like to hop on to the BAT wagon, you can download and use the Brave Browser. You can then interact with the platform and use BAT tokens in a give-to-receive scheme. When you view ads, you get compensated with a certain amount of BAT tokens for your time. You can accumulate and choose what to do with these tokens – from making payments to gifting publishers.

Unlike BAT that runs on the Ethereum blockchain platform, Nano is a standalone cryptocurrency. It was developed as an alternative to fiat currencies and to bring crypto into the daily lives of ordinary people. However, unlike Bitcoin, Nano is designed to carry out transactions much faster with a more seamless, faster, and flexible Direct Acrylic Graph (DAG) platform.

Nano was launched as RailBlocks (XRB) in December 2014 and is defined as a ‘trustless, feeless, and low latency’ crypto token developed especially to deal with various issues that have held the cryptocurrency industry back, primarily the weaknesses plaguing Bitcoin. Yes, it is accurate to say that the Nano was created as an antidote to the blockchain platform in general, and Bitcoin specifically.

One of the main reasons why many crypto investment reviewers consider Nano a good investment is what happened after the 2018 crypto crash. This was a result of many factors, but many governments banning cryptocurrencies was one of the greatest contributors. The crash was the biggest and first-ever ‘filter’ of the cryptocurrency market that filtered out the chaff from the grains.

This was a strange time when the prices of digital assets massively inflated across the board and then suddenly crashed. While many cryptos did not recover after this, the Nano recovered, and by September of 2018, its price had stabilized. To this moment, the coin is in a good position, gradually growing and showing signs of maintaining it.

How the Nano works

The Nano works using a very simple principle: It stores the data of incoming and outgoing transactions in individual designated blocks of an account, a kind of personal blockchain for the account holder. The main advantage of this setup is that the account balance is securely, quickly and conveniently updated after each transaction. The network does very little work in the process, and this explains why this platform runs smoothly and uses minimal power to process transactions.

The general concept of the Nano cryptocurrency is focus on scalability. The underlying layer that provides security for the platform comes second. The team that developed it succeeded in all fronts – necessitating fee-less transactions while providing all the benefits that dominant cryptos such as Bitcoin have to offer.

To make their coin a better alternative to Bitcoin, the creators of Nano designed it to use a hybrid consensus that combines Proof-of-Stake (PoS) and Proof-of-Work (PoW) algorithms. This combination is aptly named ‘delegated Proof-of-Stake, and it solves three of Bitcoin’s biggest problems in the following ways:

☑️ Nano is scalable: Bitcoin’s biggest problem is that it is very limited and not scalable. Each block in its chain is limited to holding 1 megabyte of data, and one block of transactions can be mined only once every 10 minutes. This limits the Bitcoin network’s speed to a maximum of 7 transactions per second.

☑️ Low latency: The average confirmation time for a transaction on the Bitcoin network is 164 minutes! Nano uses novel architecture dubbed ‘block-lattice,’ which assigns every individual their own blockchain or ‘account-chain’ rather than just a single chain for all transactions on the platform.

☑️ Power efficiency: One of the excuses that some governments use to restrict and even outrightly ban Bitcoin is the fact that mining it uses a lot of electricity. The latest statistics show that the Bitcoin network uses approximately 79.79 terawatt-hours (TWh) of power every year. The Nano platform promises to solve this power problem as it is more power-efficient compared to the blockchain network.

Nano boasts of a market cap of 122 million and a unit price of $0.919 as of November 18th, 2019. Its trading volume of 3 million and availability supply of 133 million places it on the 45th slot on the global cryptocurrency ranking, way below that of BAT.

The most attractive feature that Nano presents is its development team, which has proven its commitment to creating a project that will save cryptocurrencies even from governments. The team is constantly engaging the cypherpunk community and has previously been described to be “notoriously active” and “very communicative with the community – both on the Telegram and Discord channels,” according to the Cryptorated magazine.

If you are looking to invest in an asset that has demonstrated that the future of payments is crypto, and addresses the core issues that even Bitcoin is still grappling with, then Nano is your go-to asset. The trying times of early cryptos and cryptocurrencies crash of 2018 were the most trying time for both BAT and Nano, but they both survived and are thriving relative to the performance of other assets on the market.

Therefore, as you consider either of the two coins, consider which one best suits your profile, what returns you expect out of your investment, and, more importantly, weigh the opportunities based on how far in the future you look forward to earning your returns.