When trading currencies, which are always traded in pairs, you are effectively trading the economic worth of one country over another. And a country’s economic value is theoretically defined by its currency exchange rate. Although some currencies are also bought and sold based on supply and demand, and where certain currencies are also traded based on perceived market ‘risk-on’ and ‘risk-off’ events.
Therefore, in order to be an effective trader, you should have a good general knowledge and understanding of the economic situation pertaining to both countries within the pair you are trading. 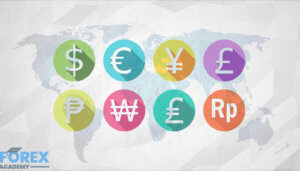 Even though you might be planning to only trade currencies on a technical analysis basis, by having a good understanding of the economic state of both countries in the pair are you are trading, or thinking of trading, it will give you an overall edge if you are up to speed with the economic state of both of those countries. And this is why fundamental and technical analysis really do go hand in hand. Simply put, the more you know, and the more you understand, the more chance you will have of stacking the odds in your favor when it comes to pulling the trigger on your trades.

In order to gauge a country’s economy, we must first break it down into sectors.
The most important being gross domestic product or GDP, including factors that contribute to GDP, such as net trade exports, personal consumption, business investment, and government spending. In other words, it measures the total output of an economy.
Another sector would be the percentage of employment within the population, including cyclical and other fluctuations of unemployment and the relevant financial cost to the government thereof. 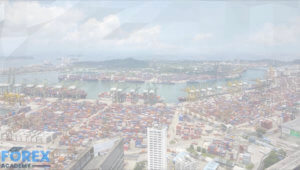 Another sector would be natural resources and technology, which lead to business creation and, more importantly, the exportation of these to other countries.
And other intellectual activities, including education and research, which all add value to a country’s economy in one form or another.
Cyclical sectors are also important components because they tend to have the effects of shrinking or expanding an economy during periods, and where one example might be the production of crops, where winter months plays a part in the reduction of harvests and associated production staff. Finance and credit fall into this sector too. Other areas include building materials, commodities exploration, and processing, banks and asset management, investment brokerage, insurance, property management, retailers, auto and auto parts, residential construction, restaurants, and entertainment. 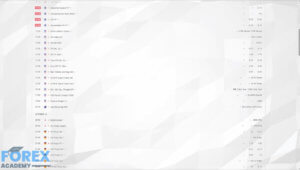 The defensive sector reflects essential consumer needs such as healthcare, staple foods, which is virtually immune to economic developments. Telecoms would also fall into this bracket, especially as society becomes ever more reliant on the internet. Oil and gas producers, services and equipment, aerospace and defense firms, designers, and developers of computer operating systems and software firms fall into this area too.

Sensitive sectors fall between defensive and cyclical and are not immune or acutely affected by economic shifts. Here we would include real estate, Capital markets, the production of chemicals, and also commodities.
If GDP outlines the total output produced by an efficient economy, then the gross value added or GVA is the term used to highlight the performance of the individual sectors of an economy.
The breakdown of sectors is of particular interest to equity traders and especially fund managers who will often adjust their portfolios on a sector by sector basis. And while some Forex traders believe that the constant assessment of economic conditions within an economy will always be reflected in the current exchange rate of a particular currency pair, it is essential that traders analyze the contributions of the components of an economy – as best they can – in order to have at least an overview of how an economy is performing.
Here at Forex.Academy, we teach traders that you can never have too much knowledge when it comes to navigating the complex nature of the Forex market, and the significance and importance of recently released, and imminent economic data releases should never be underestimated.
It is also essential that traders have a reliable economic diary to hand and take note of key economic data releases because these are likely to be the times when volatility will increase.