The US Presidential Election – what to expect from the Forex space?

Thank you for joining this Forex academy educational video. In this session, we will be looking at the upcoming US Presidential Election and what could happen in the Forex space in the run up to it and after the winner is announced. 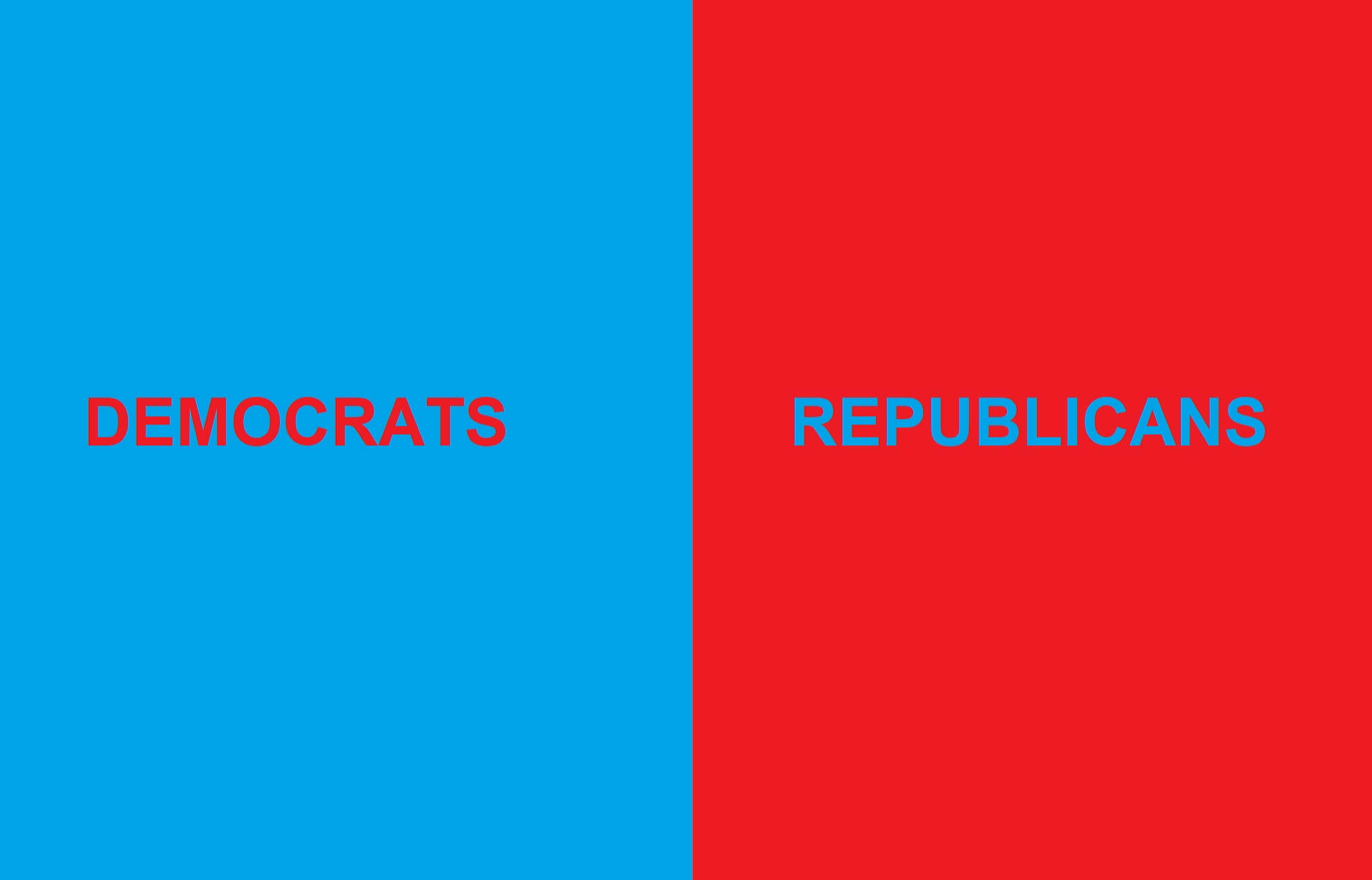 It is a time of uncertainty in the global financial markets, with many Western countries seeing a second wave of the coronavirus, with massive unemployment and peaks and troughs in global gross domestic product, where no sooner can an economy begin to get back on its feet than a second lockdown offers the prospect of greater unemployment, more economic uncertainty and whereby governments are required to bail out their citizens and businesses with vast amounts of quantitative easing, which will see huge debt burdens emerge for generations to come.
Add to this the most contentious US presidential election ever, and it can only mean one thing: uncertainty. And traders and investors, including institutions, do not like uncertainty. It means that they have to diversify their portfolios in order to mitigate against risk.

The basic premise is that should Donald Trump managed to secure a second term in office, he has pledged to continue with the corporate reforms, and he has promised and to continue easing taxes. Whereas Joe Biden has promised to raise corporate taxes, and where he will undoubtedly increase liability on corporations with regard to further reforms and red tape, which has the effect of strangling the performance of the business. Not what you need in times like these.

Before the pandemic took hold in the United States, President Donald Trump was riding high with record-breaking high levels of employment, and record-breaking values in stock markets, largely because of his tax and corporate red tape roll backs and reforms. The investors loved him. He was undoubtedly one of the most successful presidents of all times in terms of the economic performance of the USA.

Fast forward a few months, and he could potentially go down as one of the worst presidents, and this has largely been down to what has been termed by many journalists, economists, and analysts, as well as great swathes of the population in the United States, has having lost grip of the pandemic to the point that he wilfully ignored the damage that it could do in terms of health to its citizens and to the health of the economy.

The polls suggest that he will pay the price and lose the election to Joe Biden. 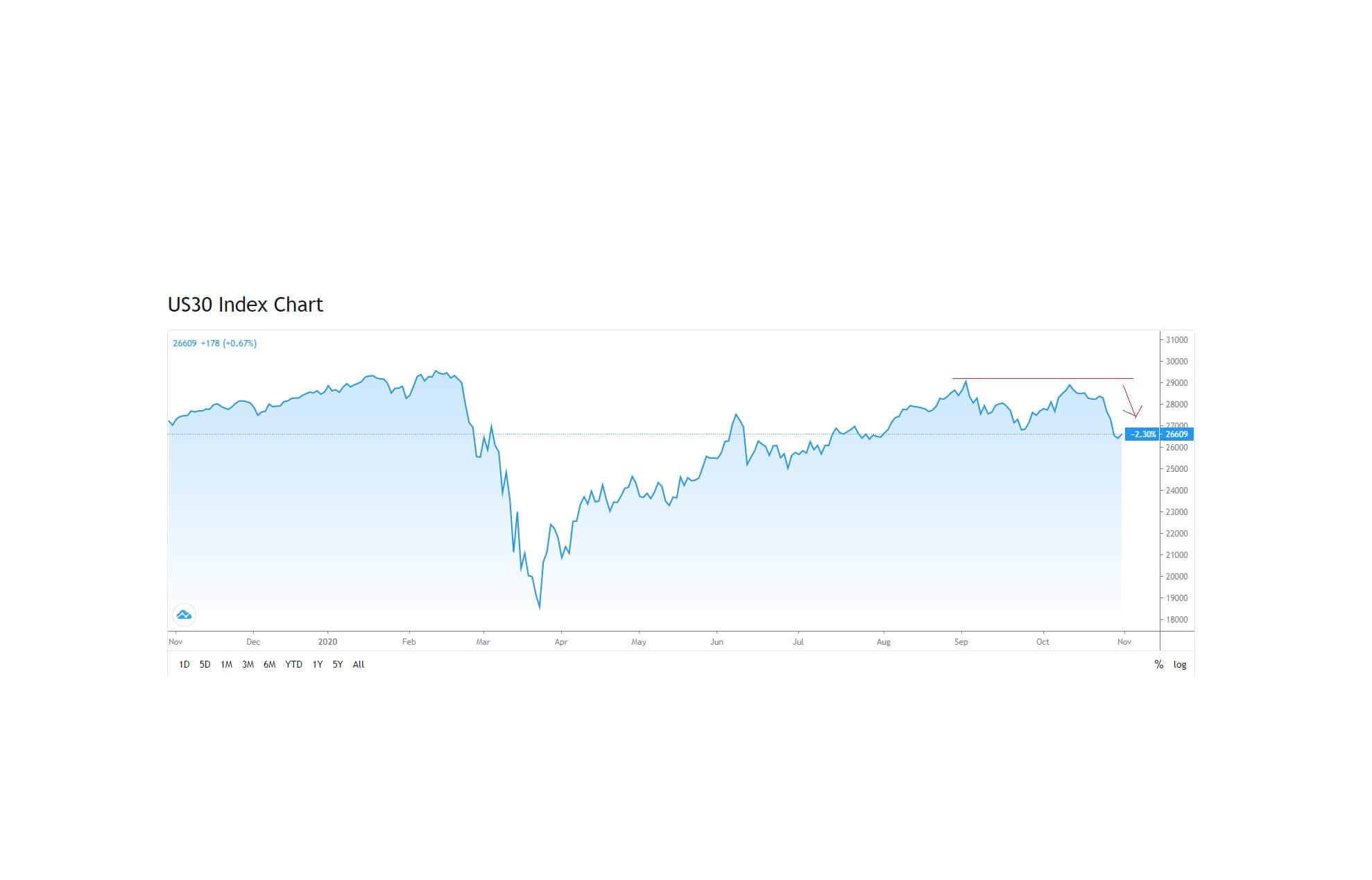 And because we may see higher taxation and a rollback of reformed policies should Joe Biden become the next president of the United States, this is why we are seeing a pull-back in the US equities markets, and here we can see that the Dow Jones industrial average of the 30 leading companies had made incredible rebounds from the lows of middle of March when the pandemic really hit America hard, add where we almost saw a 100% rebound of the record-breaking high from February of over 29,000 for the index, on the basis that the market believed that the US federal reserve bank was handling the coronavirus well in terms of its interest rate policy and the amount of stimulus being offered by the government and hopes that a vaccine would quickly help the US to recover to pre-crisis levels and beyond. 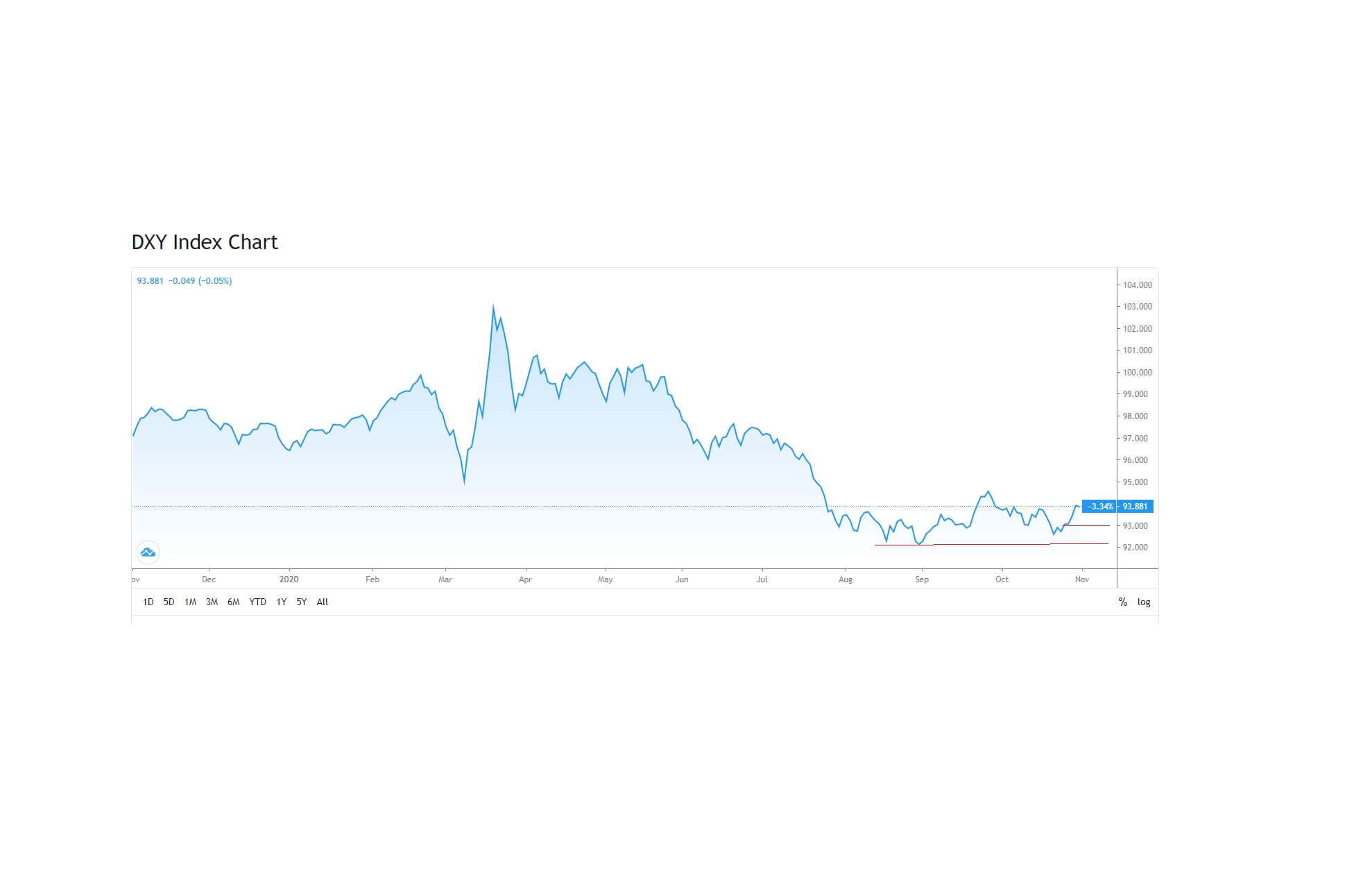 In this yearly US dollar index chart, which measures the value of the US dollar against the most other widely traded currencies, the so-called majors, including the yen, euro, pound, Swiss franc, and Australian and New Zealand dollars, we can see that it found support at 92.00 in September, after heavily losing out against the majors, and more recently found support at 93.00 before pushing above 94.00. This is what we might expect as the US dollar has often been bought as a safe haven asset in uncertain times, and while the markets try to determine the amount of risk of the unknown, which is what would happen if Joe Biden and the Democrats took power. The dollar is also being bought and stocks sold because the democrats and republicans have not yet been able to reach an agreement on a much-needed extension to the financial stimulus aid package to help keep American firms and the public afloat.
Therefore, no stimulus deal could possibly now be agreed until after the elections, which will lead to more uncertainly, therefore more of the same for stocks and the dollar.
But if Donald Trump is elected for a second term, stocks should rally, and this might have the effect of a stronger US dollar and softer counter currencies, including the majors, perhaps with the exception of the British pound, but only in the event that the UK and EU manage to secure a free trade deal, and also perhaps with the exception to the New Zealand dollar, which is currently being very resilient to the recent upswing in the US dollar.
But if Joe Biden takes power, we would highly likely see extreme market volatility in all financial assets and where the fear of the unknown would offer no real directional bias for the markets in the short term. We also should look at the possibility that even if Biden swept to power, the markets might believe that he could handle the pandemic better than Trump, be less provocative to foreign powers – which could help investment in the USA – and this might also bring back investors into the equities space as a direct result. With the democrats then holding all the aces in Congress, a stimulus deal would be more likely to get through more quickly, and more stimulus should, theoretically, mean a softer US dollar, in which case traders will be looking for opportunities to short it against the majors in particular.
One thing is for certain; the markets are in for a bumpy ride. Traders, be warned.