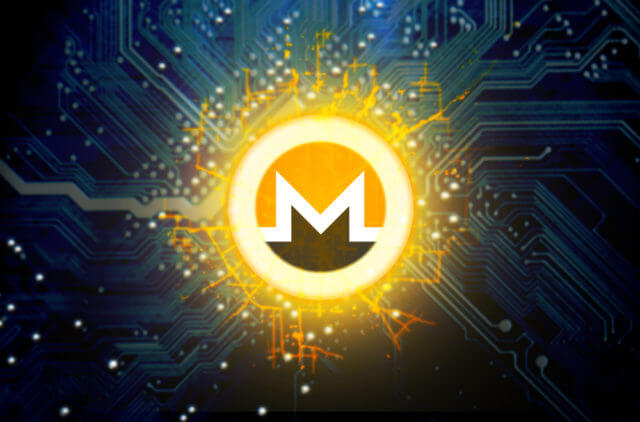 We have seen the in-depth analysis of different cryptos so far and understood that new coins keep coming up, improvising the shortcomings of the previous ones. Monero is such cryptocurrency.

Monero was launched in 2014 as an open-source, privacy-oriented crypto, operating on the concept of blockchain technology to completely anonymize the transactions in the network. Monero literally means coin in Esperanto. This crypto was initially named BitMonero, forked from the codebase of Bytecoin. Later it was renamed as Monero after a different group led by Johnny Mnemonic took over the project.

Monero aims to make the platform opaque for outside observers completely. The transactions are made entirely obscured by anonymizing the sender and receiver details. This is done by disguising the addresses used by the users transacting on the platform. While all the cryptocurrencies promise the future of privacy, the degree of confidentiality varies. But Monero achieves the full level of privacy, making it a widely used currency in the dark web.

Mining Monero doesn’t need any specialized hardware; hence, there is no need for any significant initial investments in mining the coin. Anyone with a computer can mine the coin and earn rewards.  The founders believe that everyone is equal, and they didn’t even allocate any percentage of coins for them during its inception. They have just used the funds volunteered by the community to develop the currency.

To ensure complete privacy, Monero uses features such as ring signatures, stealth addresses, and ring confidential transactions. Let us look at the below briefly.

Ring Signatures: While making a transaction in the blockchain network, one must sign the transaction using his private key. In the case of ring signatures, the private sign of the user transacting is combined with the signatures of the other ten users in the network, thus making a ring signature genuinely anonymous.

Stealth Addresses: These are randomly generated one time used addresses for a transaction using the public key of the user making a transaction. Since these are only used one time, the outside observers will have no idea about the transactions.

Ring Confidential Transactions: Ring CT was introduced in January 2017 to conceal the number of coins being transacted in a transaction. They stopped using Ring CT in October 2018.

Monero stands at 13th place in the world of cryptocurrencies, with the market value of around $1.06 Billion, while the value of each coin is at $61.60 as on 03/11/2019. The 24-hour trading volume is approximately $191 Million, with ~17 Million coins circulating in the market. Monero is traded with the ticker symbol ‘XMR’ in all of the cryptocurrency exchanges.

Since Monero ensures complete privacy for the transactions, the usage of the currency is particularly popular in the dark web. While, still Bitcoin holds prominence in both the legitimate and illegitimate transactions across the world, owing to its knowledge amongst the people, there is a slow shift towards Monero with the people who wants to cover their tracks. Certain ransomware attackers demand the money exclusively in Monero to decrypt the encrypted files.

The rich privacy feature has made Monero a popular coin shortly after its inception, while its usage in the dark web markets is widely questioned. That’s about Monero. If you have any questions, let us know in the comments below. Cheers!