The Forex market dances to the beat of its own drum! Unlike investing in the stock market, where stock prices tend to go up and down depending on the performance of an individual company, the movement of currencies in the Forex market is wholly more complicated:
For example, all currencies are traded in pairs, such as the British Pound against the US Dollar, or the Euro against the Pound, etc. Therefore, not only do you have to be fully aware of the fundamental economics of one country’s currency, but you also have to be aware of the fundamental economics of the counter country’s currency of the pair you are trading. The two styles of investment are like chalk and cheese!
When it comes to knowing the Forex market, there are three major factors to consider when trading: Fundamental analysis, Technical analysis, and Market sentiment. Let’s look at these three in more detail: – 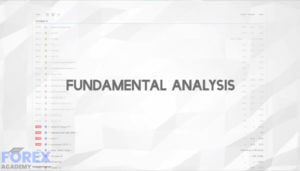 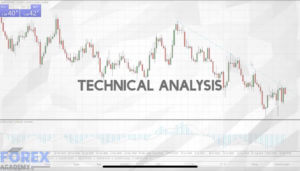 Market sentiment Is the overall feeling that traders have regarding a particular currency and where that sentiment might be in contradiction to technical and fundamental analysis of a currency and may therefore cause a trader to abstain from a trade (or to trade counter to his/her indicators) even though the technical and fundamental indicators are telling him/her to pull the trigger. 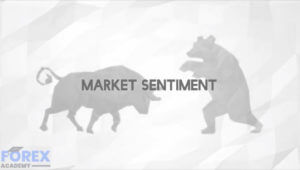 A good example of market sentiment would be that at the time of writing the British pound is currently being bought against most of the other major currencies, including the US Dollar, the Euro and the Japanese Yen, even though the fundamental indications are that Britain’s economy is slowing and could be exiting the European Union at the end of this month (31st October 2019) without a deal (withdrawal agreement), which could be catastrophic for the British economy. Technical indicators also show that the Pound could move further to the downside, especially against the US Dollar. However, the current market sentiment Is that Britain may find a last-minute deal in order to exit the European Union with an agreement in place, and this would be very good for the British economy in theory, and therefore, the Pound.
And so if the above three components are the major drivers of the Forex market, we should be good to go, yes? Unfortunately not, if only it was that easy! Unfortunately, market sentiment also changes from region to region. For example, the Asian region may have a different market sentiment/outlook from the European or American regions, depending on those markets’ industrial and commercial sectors and their economic activities, including the buying and selling of commodities and goods and services.
Also, the Forex markets operate 24/5, from Sunday night to Friday night (GMT), and market volume and volatility varies from region to region and the different time zones. And as a note of caution, a trader opening a trade at 9 PM (GMT) based on his/her technical analysis, just as the American session is fading, and before the Asian session opens, runs the risk that market sentiment in the Asian area might be contradictory to the US region and therefore adversely affect the outcome of their trade.
Here is an example of how to have a better understanding of trading activity and currency volumes and volatility in the various time zones. Traders are fairly predictable creatures, and most traders work for banks or large financial institutions. These guys and girls are able to independently

move the market with their trade size, which is much much greater than that of retail traders. A retail trader might typically trade a few Pounds/US Dollars or Euros per pip, whereas an institutional trader will be in the hundreds of thousands, if not millions per pip. They are usually paid large salaries and are all under pressure to make money for their firms. Therefore, what we usually see is greater volatility in the Forex markets when they arrive at their desks and especially at the beginning of a new session in a particular region because the traders are fresh, eager, and take advantage of the regional time cross over.
Another time of increased volatility and currency volume in the market Is during periods of economic data releases in the various countries. Price action during these times can be extremely volatile, and the reaction of the market can often fly the face of market sentiment, technical and fundamental analysis, as traders try to decipher economic data release information and how it might impact on a currency’s exchange rate.