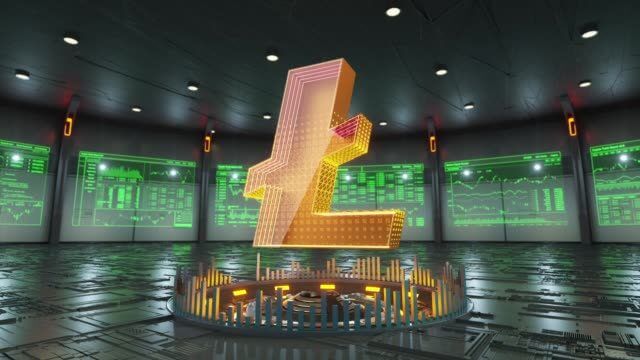 Litecoin is a peer to peer, decentralized digital currency that is based on the Bitcoin protocol. It uses Scrypt as its proof of work (an algorithm for confirming transactions by other network participants). Litecoin (LTC) uses blockchain technology to maintain a public ledger of all transactions. The currency is referred to as Bitcoin’s lighter sibling as it was created using the Bitcoin source code, but it can be mined 4 times faster than Bitcoin (BTC). This, in addition to its lower price, makes it more suitable for faster, everyday purchases.

Litecoin was created in 2011 by Charlie Lee, a former Google employee. It was released on October 7, 2011, via the open-source client GitHub, with the network going live on the 13th of the same month. This makes it the first altcoin – a term used to describe all other cryptocurrencies besides Bitcoin.

Since it was launched, it has experienced stable growth and ranks 7th in market capitalization today. Charlie’s mission was to create a cryptocurrency that had the same tight levels of security like Bitcoin, but more suitable for everyday transactions.

Differences between Litecoin and Bitcoin 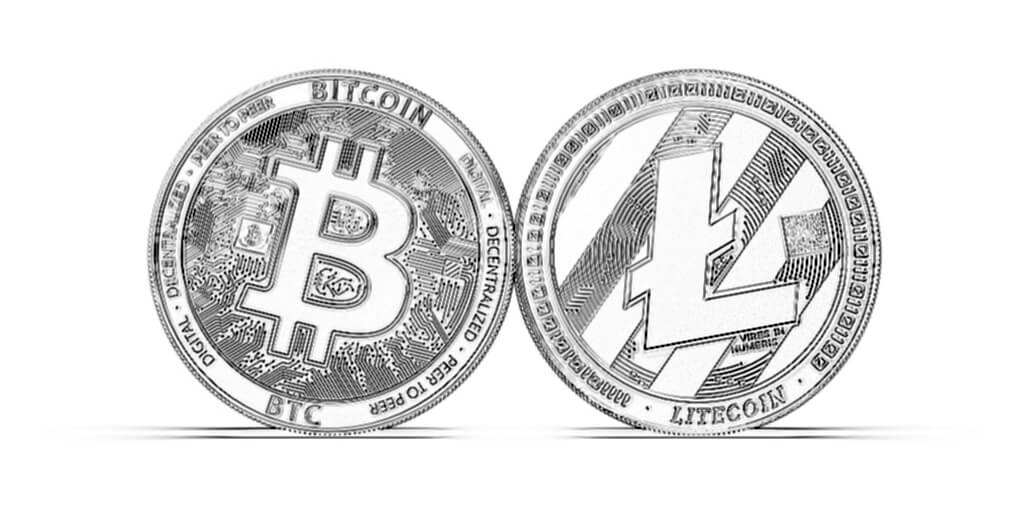 Litecoin is, by its creator’s own admission, a clone of Bitcoin. If we are to understand Litecoin, comparison with Bitcoin is therefore necessary. These characteristics set the two cryptos apart:

☑️Mining Algorithm: Both currencies use a proof-of-work algorithm. Bitcoin uses the SHA-256 algorithm, whereas Litecoin uses Skrypt. The SHA-256 is famous for its complexity and uses more power, while Scrypt is computationally less intensive and uses more memory, but also less power.

☑️Transaction Speed: Litecoin’s block time, i.e., the time it takes to process a block, is 2.5 minutes while Bitcoin’s is 10 minutes. This makes Litecoin 4 times faster and also more capable of processing more transactions in any time frame.

☑️Total Coins: Bitcoin has a market supply of 21 million coins, while Litecoin maxes out at 84 million. While it would appear that Litecoin has more potential, both cryptos have the ability to be broken down and transferred in very tiny amounts (for example, the minimum for BTC being a hundredth million or 0.000 00001). With both currencies being able to be divided down so much, the cost of one full coin is not consequential as it may seem.

☑️Rewards: When someone mines a block, they are rewarded a certain number of coins for their contribution to the network. The current block reward for both BTC and LTC is 12.5. Bitcoin’s rewards are halved after every 210,000 blocks have been mined while Litecoin’s reward halving happens after every 840,000 blocks. Because of the block time difference of 2.5 min and 10min for LTC and BTC, respectively, there is more opportunity for LTC miners to be rewarded. 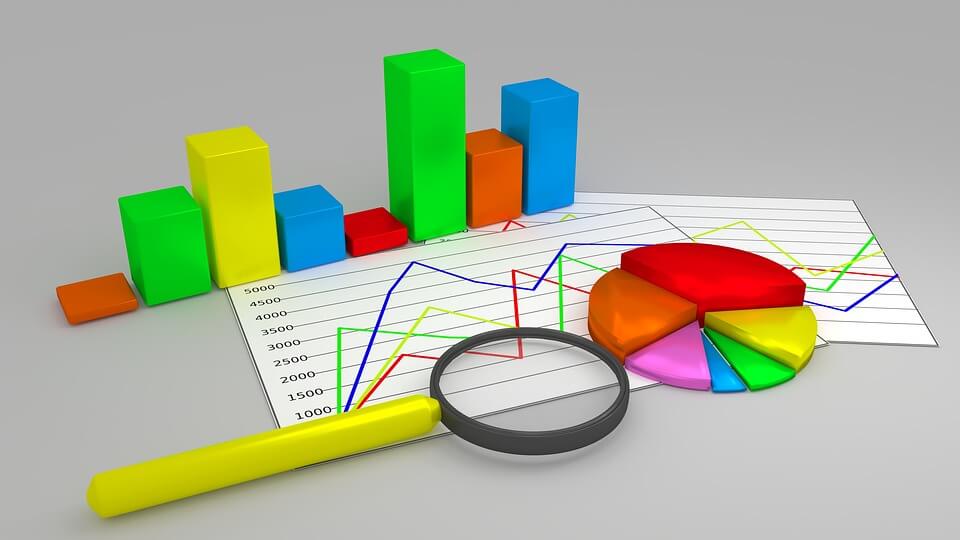 Just like with other mineable cryptocurrencies, Litecoin has several familiar elements that differentiate it from other types of digital currencies. Some of these are:

☑️Pseudonymous addresses – meaning users can transact without revealing their personal credentials, but the public address still having the possibility of being linked to them

☑️Blockchain – which is a public ledger where all transactions are recorded

☑️Transactions are peer to peer (meaning between two computers, without a regulating authority), and are censorship-resistant (meaning no corporation or government can interfere with them)

How to Invest in Litecoin

Investing in Litecoin means swapping your currency for Litecoin currency. For instance, 1 Litecoin is equal to $54.81 today. When the value of Litecoin rises, you can exchange Litecoins back to dollars. To invest in Litecoin, you need a digital wallet. So far, Coinbase is one of the best digital wallets where you can buy/sell and store your Litecoins and other cryptocurrencies.

What are the Risks of Trading Litecoin?

As with other cryptocurrencies, there is not much history to compare the future performance of Litecoin. Since it’s still so “young”, the question of how you can estimate its future value is difficult to answer. Here are some risks associated with trading Litecoin: 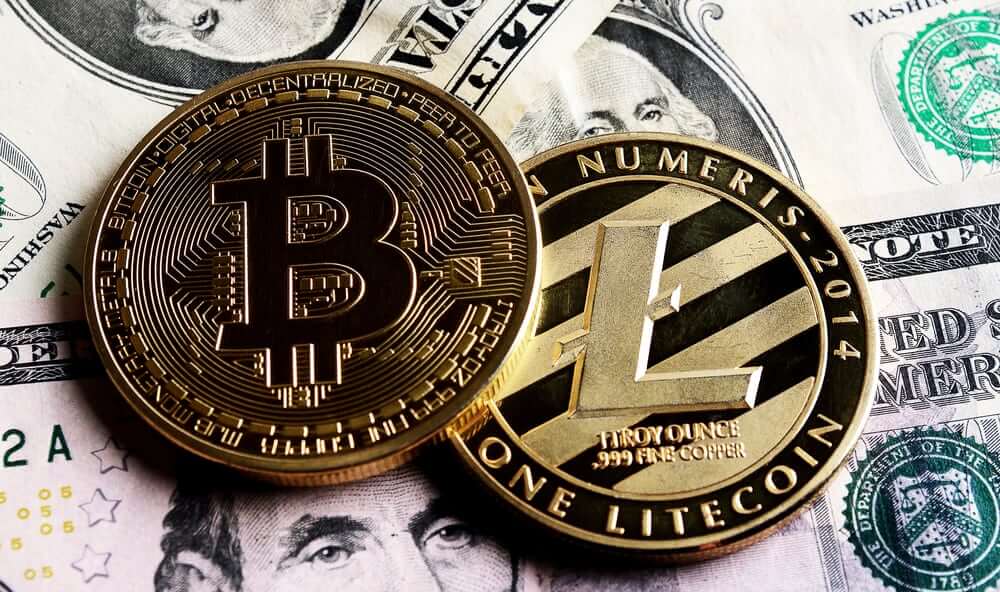 Litecoin can function as any fiat currency (money that has been declared by the government as legal tender), and it can be used to pay for goods and services. An increasing number of businesses are accepting Litecoin as a legitimate means of exchange. From pet supplies to jewelry to cars to music to health and beauty, food, and travel, there are many places where the currency can pass.

You can also transfer quickly Litecoin to anyone, anywhere, thanks to its short block time and confirmation rate.

Also, due to its often wild fluctuations – much like other cryptocurrencies, it is a very attractive investment for investors, who can bet on its exponential increase at any given time.

Litecoin has witnessed steady growth since its creation and by the look of things, it will only become stronger. This is due to its impressive processing time, and its adoption by trusted crypto exchange and storing platform, Coinbase. Remember, before investing in Litecoin or any other cryptocurrency; it’s important to do your research.