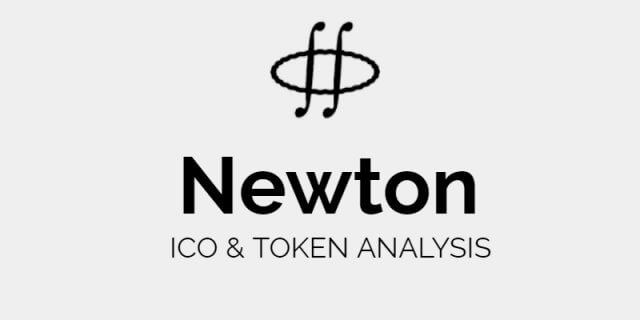 In a world where everyone looks out for themselves, it’s a breath of fresh air when a project comes out to work for everyone to get their fair share.

Newton, which believes that “everyone should benefit from economic growth,” is that project. Through what it calls a “community-based economy,” Newton wants to facilitate an economy where all participants benefit on an equal footing.

The project is named so as a tribute to ‘great scientist’ and ‘founder of the gold standard system,’ Sir Isaac Newton.

Newton plans to put into effect various features to realize these achievements. Let’s go through each of these below:

NewChain is a technology that will enhance the project’s scalability, performance, and privacy. NewChain comprises a main chain and multiple subchains. The main chain handles the following: managing accounts, managing tokens, overseeing the subchains, etc. For their part, the subchains run the network’s main operations, such as overseeing consensus mechanisms and staking. Third parties can create their own subchains after staking the network’s native token – NEW. Network users can exchange value between both the mainchain and subchains and between the subchains.

The main chain utilizes a Delegated Proof of Stake consensus, with block producers being chosen through a voting process. NewChain features a virtual machine called NewVM, which is compatible with programming languages that developers across the globe are familiar with, such as Typescript, C/C++, Java, and Python. Newchain also features smart contract templates so developers can have an easier time developing DApps. The chain can process upwards of 5 thousand transactions per second and support high-frequency activities such as the internet of things (IoT), e-commerce, and more.

Before we talk about atom hashing, let’s do a refresher on non-digital assets. For one, these assets are registered manually in an unreliable and fraud-prone process, making it hard for them to be represented on the blockchain. Things like labeling of these products and authenticating rights are difficult to do.

Atom hashing is a process that utilizes technology machine vision to identify several characteristics like weight, volume, shape, volume, and so on. Based on these metrics, things like the identification and the authentic rights of a non-digital asset are quickly established. For instance, before a commodity leaves a factory, the results of the atomic hashing process can be recorded on the blockchain. Customers such as online shoppers can use this info to confirm if a commodity is the one that they ordered indeed.

NewNet is a decentralized computing tool that supports functions such as computing and storage. On the network, developers can publish computing tasks while selected nodes choose those tasks based on their computing power and complete them, upon which they get rewarded for it.

This network will support blockchain gateways, communication channels for IoT devices, and so on. It features a very powerful computing capacity and supports several access methods, including Ethernet/fiber, 3G, 4G, 5G, IoT, and communication protocols such as Wi-Fi, ZigBee, and more. IoT devices will store their aggregated info on NewChain through these pathways.

The NewIoT specification can support multiple IoT devices, including sensors for temperature, humidity, vibration, harmful gases, and more. Other devices that can be supported include sound and image collectors and GPS.

This is an intelligence engine that supports decentralized data sources, computing resources, and more so that various tasks can be completed successfully. It features data, model, and execution protocols called NDData, NDModel, and NDEngine, respectively. NDData is the channel through which users can access data.

It facilitates data compression, data encryption, and so on. NDModel is a tool through which developers can define various algorithm models, operations, and storage. NDEngine is a tool for functions like deployment, operation, running calculation software, and so on.

The Newton project team intends to carry out the following activities in a bid to expand the brand:

NEW is the native token of the Newton network. It is an essential part of the ecosystem and will play a key role in transactions and smart-contract execution.

The distribution of NEW was done in the following fashion::

Where to Buy and Store NEW

You can find NEW as a market pair of USDT, ETH, BTC, BNB, and HT and more at exchanges like HotBit, MXC, Huobi Global, HotBit, BiKi, Binance DEX.

Through its core features of NewChain, atom hashing, NewNet, NewIoT, and NewAI, the Newton project is set to usher in an economic playground where all participants benefit directly from economic growth. Its unique atom hashing technology is ground-breaking, and depending on how the team nurtures it, NewChain could become a core feature of the blockchain world and the entire tech space. The project is one to keep an eye on.