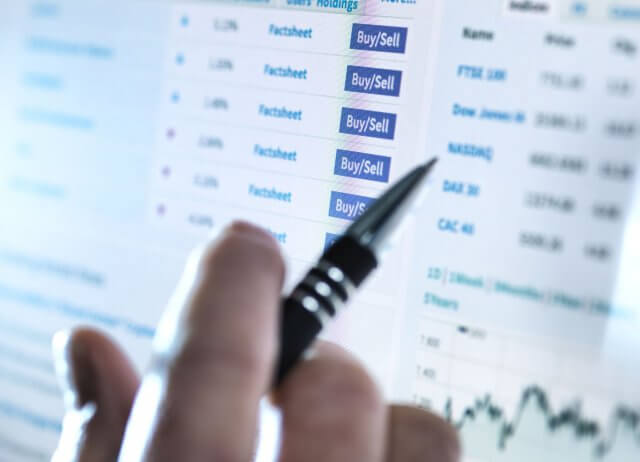 Investors believe in positive news and ignore the prohibitions of China and South Korea. On the eve of Segwit2x bitcoin for several days, it strengthened by more than 1000 US dollars and broke the level of 7000 dollars. Some believe that the exchange rate of bitcoin and cryptocurrencies is growing thanks to speculative capital, on the contrary others believe in the future of blockchain. A number of countries are on the road to progress, and some countries, on the contrary, impose limitations, trying to take cryptocurrencies under fiscal control. Traders ignore limitations, preferring to react to positive news. How fundamental factors influence cryptocurrencies and why legislative restrictions are ineffective.

What’s a Cryptocurrency Afraid Of?

Before a new bitcoin fork, there are still 2 weeks left, but cryptocurrency already puts new records on growth speed and historic highs. In recent days alone BTC has appreciated by more than 20%, rising from the level of 5700 to the level of 7200, in a year the cryptocurrency has grown almost 900% and clearly will not stop there. So far, analysts’ most optimistic forecasts regarding the bitcoin rate are around US$10,000 by the end of the year. According to the website of Coin Market Cup, the capitalization of bitcoin passed the level of 120 billion US dollars and represent more than 60% of the total capitalization of all cryptocurrencies. Still, a month ago, all capitalization accounted for about 130 billion and the share of bitcoin in it was about 47%.

For some prudent investors, such a rapid growth of bitcoin causes some concerns.

BTC speculative growth is too fast compared to other cryptocurrencies and may persist after fork (demand grows only because there is the possibility of obtaining coins after Segwit2x). Some analysts compare the situation of the cryptocurrency market with the situation of 2000 (“Bubble point”). Volatility of 400-500 US dollars in a day is too much. With such a sharp increase you can expect a no less sharp setback.

There are increasing restrictions on transactions and mining by several countries. Fears related to the reduction of bitcoin after fork are in vain. After the appearance of ВСН in August the bitcoin exchange rate instead went up. A similar situation with Bitcoin Gold. Only on fork eve was there a slight setback, and then again growth.

How bitcoin responds to state restrictions and whether we should worry about them.

On September 4, 2017, in the media it was reported that China had banned ICO (initial offer of cryptocurrency), leaving the possibility for individuals to continue any operation with the cryptocurrency. A year ago, China accounted for about 85% of all bitcoin transactions, but after a series of restrictive measures, its volume dropped to less than 15%. Traders to China’s decision reacted with indolence, quotes fell temporarily from the 4800 level to the 4200 level and close to reaching the August lows.

The most influential traders reacted to the interruption of the trading of Chinese cryptocurrency ВТСС on September 14-15. This, obviously, we can see in the graph. A similar situation occurred on July 25, when one of the world’s largest stock exchanges ВТС stopped working. Then bitcoin lost about 20% of its value. This indicates that traders react more to practical problems with trading and trading than to any restrictions.

With the tightening of the policy of the Chinese authorities, the volume of bitcoin trading moved to Japan and South Korea. South Korea assumed about 30% of the cryptocurrency trading volume, ranking third in this indicator. By the end of September, traders were expecting the next blow, the ICO ban in South Korea. Although the country remains loyal to bitcoin, a ban is imposed on the emergence of new cryptocurrencies, as well as on all types of loans in digital currencies. The decision of South Korea on September 29 was almost ignored by traders, the low bitcoin of 4% compared to the subsequent growth is not serious.

Where the most active traders saw the news that Japan would legalize the cryptocurrency exchange and show loyalty to control over cryptocurrency trading. In April, Japan became the first country to equate bitcoin with fiduciary money. Last week bitcoin grows exclusively pending the November fork.

The desire of some countries to limit cryptocurrencies (and bitcoin, which has some degree of status as a means of payment) is understandable:

-The virtue of cryptocurrency is anonymity. Countries that restrict the volume of cryptocurrency trading argue that they are preventing the country from withdrawing money by circumventing regulators and can serve as a means for money laundering.

-A country’s currency is an instrument for regulating the economy. And even the trading volume of the foreign currency is under the control of the regulator. The uncontrolled circulation of cryptocurrencies can be a threat to the economic integrity of the country.

Many countries still do not know how to interpret the concept of cryptocurrency from a financial point of view. The views of the authorities were as follows:

Cryptocurrencies are completely prohibited in Iceland, Vietnam, Bolivia, Ecuador, Bangladesh, Lebanon, Thailand (between countries it is easy to establish a parallel in terms of economic development). In Finland and Belgium, bitcoin is considered a valuable asset, exempt from VAT.

Here, cryptocurrency is a full-fledged financial instrument (commodity) subject to tax law. Already more than a year there is talk of the creation of the first ETF fund of cryptocurrency, but so far there is no permission from regulators.

Canada is completely open to bitcoin. Taxation is applied depending on how bitcoin is used: for resale or as an investment.

Cryptocurrency in this country is prohibited as a payment system, but mining is thriving, especially in regions with low electricity prices.

Most developed countries have not yet decided on bitcoin status and are looking for the possibility of its legitimization. They have already accepted the inevitability of cryptocurrency and allow operations on their territory. Amazon promised to start accepting bitcoins in October, at the moment does not accept bitcoins Aliexpress, but this problem is already beginning to be solved thanks to the help of intermediary services that accept cryptocurrencies and pay goods in real currency.

And now I’ll come back to the subject of fear of bitcoin and other cryptocurrencies, and what else they react to. It is easy to notice that traders ignore almost completely (or react in the short term) the decisions of countries, and vice versa, the price of cryptocurrencies grows at the time of reporting on new forks or agreements. Why traders ignore the prohibitions, it is easy to understand:

Regulators have almost no tools to limit cryptocurrency completely. Cloud services are on servers in different countries. It is almost impossible to ban mining or introduce a tax.

Cryptocurrency emission occurs in the global system. The lack of a single issuer (with the exception of private houses that create a cryptocurrency for personal purposes) does not permit the application of measures in relation to private natural persons.

While there is no unity between countries, the prohibition of cryptocurrency in one country automatically means the growth of its trading volume in another.

It is smarter to adapt to progressive technologies than to try to limit them.

Bitcoin and ether in some cases have an inverse correlation with respect to other alts. Interest on a single alt may be the cause of the outflow of bitcoin money and vice versa, at the time of fundamental events (e.g., forks), the growth of bitcoin price is provided by the outflow of capital from other alts. The interest of traders with the project itself, which provides cryptocurrency. If the project is promising, then investors will react accordingly.

In the forums, you can find the opinion that volatility is related to algorithmic trading. It should be noted that analysts and themselves sometimes cannot accurately explain the reasons for the volatility of cryptocurrency, indicating a large speculative component and enormous popularity. In part, these are signs of a bubble, but maybe behind the cryptocurrency is really the future? And those who risk now, in the future will receive a huge benefit. In the near future, even bitcoin will not receive universal recognition, but within 5-10 years everything can change drastically.

While there are no serious fundamental factors that could deploy bitcoin in the opposite direction with a drop horizon of 25% or more. Traders prefer to hear positive news that can affect the reduction of commissions, the speed of transactions, the simplification of mining, and ignore all kinds of statements. That is probably the main difference between cryptocurrency and ordinary currencies, which are linked to speeches by representatives of the Fed, ECB, etc.