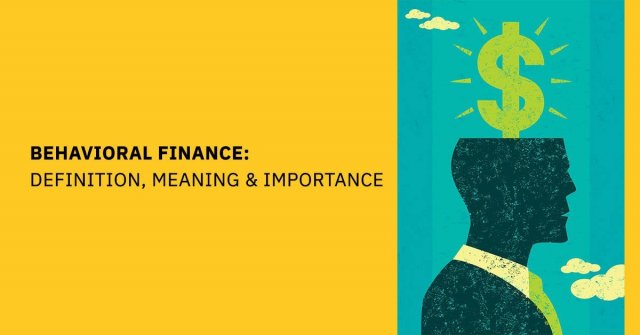 The discipline responsible for studying the behavior of investors in financial markets, commonly known as “Behavioral Finance”. This discipline is the one that has had more transcendence in these years and it is the one that has been making great contributions to be able to explain what previous theories could not. Recall that previous theories based their analysis and conclusions considering or assuming that investors were rational, It is precisely where this new theory of behavior tries to focus and therefore allows us to better explain many of the events we see in the markets and that rational theories cannot.

Although historically there were contributions and ideas about the behavior of individuals, It was only at the beginning of the 21st century that this new trend gained strength when Daniel Kahneman was Nobel Prize in Economics for Study and Analysis psychology concepts in the economic area. Shiller and Thaler later received the same award for contributions that considered aspects in this regard to the economic academy.

Ultimately, academics and analysts have focused in recent years on aspects of investor behavior and psychology. Daniel Kahneman was Nobel Prize in Economics for incorporating psychology concepts in the economic area. Shiller and Thaler later received the same award for contributions that considered aspects in this regard to the economic academy.

In order to simplify, the theory of “Behavioral Finance” holds that most decisions of human beings are carried out thanks to “shortcuts” This means that many decisions are made without carrying out a strictly rational analysis process. Based on personal experience and characteristics, individuals make decisions without each of them involving a thorough analysis of decision-making based on a purely rational process.

The theory holds that there are inefficiencies or market failures, either due to errors in the valuation of assets or in non-rational decisions. The origin of these inefficiencies is, according to the theory, due to the fact that individuals have limited rationality that is produced by how they perceive the problem to be solved, the cognitive limitations, biases, and the time available. These issues lead individuals to make decisions that are not optimal from the rational and analytical point of view of the problem, but that allows them to reach a decision that satisfies them, explaining then why many times individuals do not behave in a rational way as expected by previous theories.

“This article is not intended for in-depth study into the theory but rather to take its main contributions and apply them to current reality.”

The aim of this article is not to delve into the theory but rather to take its main contributions and apply them to current reality. After many years of outstanding performance in the stock market, we face an extremely uncertain scenario, a significant increase in volatility, and a reaction from major central banks that leaves them feeling that they sense a recessive scenario.

We can’t be absolutely sure how much the real impact of the coronavirus will be or for how long, but what we can begin to conclude is that it triggered a change in expectations and behavior on the part of investors, consumers, and entrepreneurs. As much as the effect of the virus is temporary, it caused damage in more fundamental matters, remember that we are in the longest economic cycle in the United States and the actions were recording historical highs.

It is for the above mentioned that we have seen a chain reaction that was aggravated by the precipitous fall of oil, generating a 30% drop in a day, because there is no agreement between the oil producers and also the psychological effect of negative rates that seem to be arriving in the United States. In other words, these are events that were in the making but that were reinforced by the sequence of episodes that we marked earlier.

Evidently, these events impact all investors, from anywhere in the world, and who invest in any kind of asset. In addition, there was a strong impact on the currencies of several emerging economies that will undoubtedly lead to consequences that these countries will have to manage. In this scenario, where no one escapes, investors must make decisions and as we marked it at the beginning, we are all subject to our own biases, characteristics, and cognitive limitations.

That is why everything is complicated because investors feel they have to react to the behavior of the market, they sense that the time is limited and all this leads to the investor’s decision-making process not being optimal or even making mistakes when obtaining unwanted results. It is not easy to tolerate market sessions where on average 4% to 7% of the value is lost, this is precisely the factor that conditions us.

“Therefore, everything is complicated, because investors feel that they must react to the behavior of the market, they sense that the time is limited and all this leads to the decision process on the part of the investor is not optimal.”

We could list a huge number of biases that arise in a very marked way in adverse market situations such as inability to make losses, acting on what others do or what the media say, confirmation bias, Selection bias, etc. During the fall of the market, we have seen how investors are more aware of the evolution of the market, of the news and we have seen how they are prone to take decisions adjusting their portfolios.

“We could list a huge number of biases that arise in a very marked way in adverse market situations.”

In my experience, a lot of investors tend to make decisions at the worst time, in situations where the current scenario distorts and influences decisions. More than ever, and the recent fall is a demonstration, the investor must have a clear investment strategy in advance and what adjustments will be made to difficult market conditions. After having a plan, it is essential to generate a habit of discipline. It is logical that strategies or plan can be improved, but should never be modified in adverse scenarios.

The plan has to be designed so that: the investor can fully consider the options, analyse how the plan would have worked under complicated conditions, how it fits personal characteristics and, if possible, simulate different scenarios. Having a plan allows you to cope better with these events because the investor is prepared, already knows what to do, and is aware that it is not time to make discretionary adjustments.

“A lot of investors tend to make decisions at the worst time, in situations where the current scenario distorts and influences decisions. More than ever, and the recent fall is a demonstration.”

They seem simple but the reality shows that they are not habits that are incorporated in a generalized form in the retail investors nor is it usually measured what is the cost of losses that must be assumed for not implementing a plan and carrying it out in form disciplined.

It is very apt the phrase that many experts point out regarding the fact that the main “enemy” of an investor is himself, this phrase points to the fact that the problem is not the market but how we react to it.