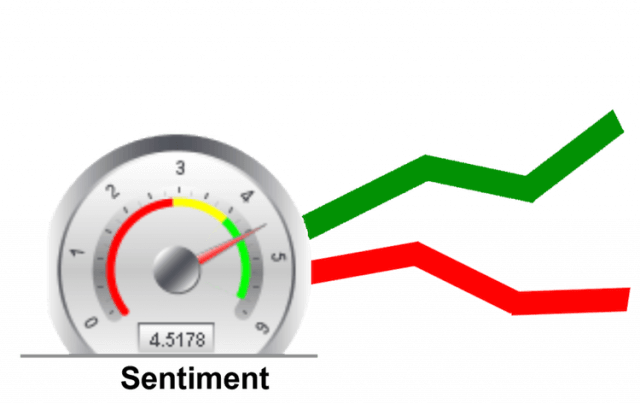 A market is efficient if the prices of the assets listed therein reflect all available information. In addition, whenever new information appears, the price should be collected quickly. In such a market, value and price would match all assets. As all participants would have the same information, it would be impossible to obtain a consistent performance over the average, except by pure chance.

In order for this market to exist, certain characteristics should be given, in addition to all participants having the same access to information. Primarily, market participants should act rationally on the basis of any new information they receive.

The logical consequence of accepting this is that markets should not be efficient. However, the vast majority of studies show that markets are indeed efficient (or at least quite efficient). News is quickly reflected in prices (both macro and business results, etc.). And the reality is that there are not too many managers able to beat their benchmarks, consistently, is also proof of that. And the truth is that even among those who beat them, almost none can truly be considered an outlier.

Emotions are very important as they significantly affect our decision-making process, in all areas. Also in investments.

Obviously, the topic gives for much more than a brief article, but it is relevant to keep it in mind when carrying out an analysis, whatever the type. In this context, it seems wise to ensure, inspired by Andrew Lo’s ideas, that markets that tend to efficiency but are not fully efficient are most likely. In other words, no investment strategy will generate results on average consistently over time and it will therefore be necessary to adapt to the changing environment. That is why it is so necessary to diversify strategies.

We have developed three ideas so far: that the market is quite efficient, that it should not be so because human beings do not always act rationally, and that the same strategies do not always work. A consequence of all three could be that there are times when the irrationality of market actors reaches such an extreme that price and value do not coincide. This could be used to beat the market for a while until irrationality returns to normal levels. And it is in this context that indicators of market sentiment make sense.

Sentiment indicators are those that try to measure market expectations, to find out if they are rational or not.

The best indicator of feeling is, without a doubt, the price itself. As Homma, father of Japanese candles, said, “To know about the market, ask the market”. The problem is that at all, the market will tell us if the value matches the price. We have to compare the price with something: with oneself (current price versus historical, basis of technical analysis) or against balance sheet data of the companies that compose it, as for example against its profits or sales (the basis of fundamental analysis).

In this sense, any analysis can be considered an analysis of feelings. For example, if we use the PER (sometimes that the benefits are contained in the price of a stock) as an indicator, we will know that the valuations are useful in long periods, but it is a bad idea to use them to make market timing. Therefore, it can be thought that there are market moments where it is rational that valuations are above average until they reach a certain level that is unsustainable.

Pure sentiment indicators, in any case, are those that compare current prices with other assets (for example fixed income against equities through the EYG, but also the evolution of assets refuge against cyclical, etc.), with their own components (number of companies doing maxima) or with the investor positioning (Ratio Put/Call or the American Investors survey).

One of the best-known sentiment indicators is the VIX. In short, it measures the volatility that traders expect in the next 30 days. It usually picks up when markets fall and that’s why it’s called the fear index. Investing in VIX, up or down, is complex and should be reserved only for more sophisticated investors who understand well the characteristics of the products available.

As an indicator, VIX is an example of how to benefit from “opposing opinion theory”. This philosophy defends that, in very extreme moments, it is worth positioning against the majority of the market. It is interesting to observe the strong VIX rebounds (when it is about 1.5 deviations typical of its mean)

For VIX it is interesting because although its negative correlation coincides with the S&P 500 is very high (when the S&P 500 has negative returns the VIX usually rebound), its correlation with future returns is zero or even positive. So, it’s very interesting to observe the strong VIX rebounds (when it is about 1.5 deviations typical of its mean). These moments have often given interesting buying opportunities.

We must stress that the strategy we are citing has not worked on the other side: historically low VIX levels have not been followed by S&P 500 drops. VIX exhibits some asymmetry in its average returns and is usually faster when above-average than when below average.

Another well-known sentiment indicator is the Ratio Put/Call. This ratio simply measures the volume of Put options between the volume of Call options. Broadly speaking, Put options are often used to take bearish positions and Call for bullish positions. If this indicator picks up means that there is either more volume of Puts or less of Calls and therefore the risk perception of operators increases. Similarly, if the indicator falls, it usually indicates greater complacency.

It should be noted that the back-tests I have done on this indicator show quite poor results. For example, a strategy based on being 100% in Equities in bullish extremes, 100% in bonds in bearish extremes, and 50%/50% in the rest of the scenarios, is not able to beat a simple strategy of 50% Equities, 50% Bonds.

The above strategy is done using the CBOE aggregate indicator (known as Put/Call Ratio Composite or Total). Includes stock and index options. It is sometimes criticized for including indices because many investors use indices to make hedges and relative value strategies, which distorts it somewhat as a measure of positioning. However, using the Equity Put/Call Ratio results do not vary much.

Finally, it should be added that such indices are also calculated on other organised markets, such as ECI. However, the most often followed are those of the CBOE.

The last sentiment indicator I wanted to talk about in the article is the investor sentiment analysis conducted by the American Association of Private Investors. It is true that it can be criticized that sentiment indicators based on surveys could be less reliable than those based on the market, but the truth is that it is interesting to see a combination of both and their possible divergences, both between them and vis-à-vis the market.

Since 1987, AAII members are asked the same question every week: Do you think the stock market will rise, fall or stay as it is in 6 months? And every Thursday the results are published.

There are many ways to process published data, but perhaps the most interesting results can be found in the so-called Bull/Bear Ratio. This indicator is as simple as dividing the percentage of bullies among the bearings. Some add neutrals to bullies, but the results do not change significantly. The backtests on this indicator are surprisingly good.

In general, when the indicator reaches bearish extremes (fear) it would have been a good idea to add, giving good results even in the longer periods, and reduce in the bullish extremes.

Again, it is not a strategy in itself, nor an infallible indicator. But it proves a certain tendency that gives basis to the theory of opposing opinion. In line with what is seen in the VIX, it proves the initial theory: although markets tend to be efficient, there are times when they are not and the irrationality of investors overcomes. And these are just the moments to act.