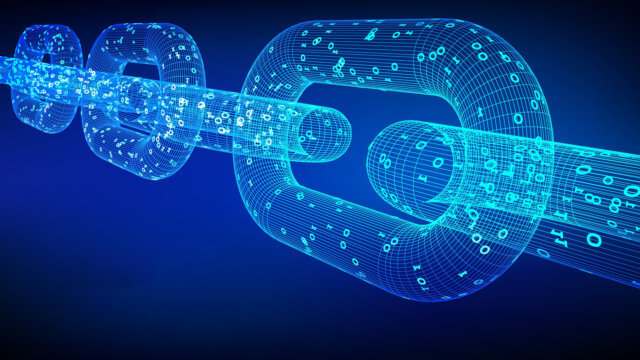 Anyone who’s heard of cryptocurrency has most probably heard of blockchain. If you ask most people, they’ll tell you blockchain is cool. But they probably won’t tell you much beyond that. That’s because not everyone understands how blockchain works.

Not that it’s a hopelessly complicated concept. On the contrary. It’s just a groundbreaking technology with many firsts that might take some getting used to. In this article, we break down what’s blockchain, its history, how it works, and the properties that make it so revolutionary.

The concept of blockchain is credited to computer scientist Stuart Haber and physicist W.Scott Stornetta. In a 1991 white paper, the two wrote a white paper that proposed the idea of time stamping and using private key signatures (based on cryptography) on submitted data.

This idea inspired the work of many other computer scientists and cryptography enthusiasts – leading to the creation of the first blockchain application – Bitcoin.

‘Blockchain’ can be defined in several ways. Some people may understand it as a literal chain of blocks – though not in the real sense of those words. Others would understand it as a decentralized digital diary or ledger. (Decentralized means everyone can have access, and no single authority makes the rules.)

Both are correct. In this context, ‘block’ is essentially transaction data stored on a ‘chain,’ which is the public database. Every block in the blockchain contains several digital pieces of information, which we’ll detail below:

☑️ Information about transactions including date, time, and the amount of cryptocurrency in the transaction

☑️ Information about the participants of transactions, i.e., a digital signature (not their real name)

☑️ Distinct information that distinguishes it from other blocks, known as a ‘hash.’ (a hash is a string of letters and numbers generated by a ‘hash function.’ A hash function is a mathematical function that converts random letters and letters into an encrypted text of fixed length.)

A single block on the blockchain can only store up to 1MB of data. Depending on the size of transactions, a block can hold a few thousand transactions.

A transaction must take place.

That transaction must be verified. After you pay for goods in a store with crypto or you send cryptocurrency to your loved one, that transaction must be confirmed as accurate and legitimate. Unlike with other public records of information like Wikipedia or your local library where there’s someone in charge of verifying new data entries, the blockchain relies on a network of computers for that task.

Verifying means checking if the transaction is as you said it was, in regards to the details of the purchase, time, amount, and participants.

The transaction must be stored in a block. After a transaction has been confirmed as legitimate, it gets the approval to join a block where there are many others like it.

The block is given a unique identifier called a hash. Once all transactions of a block have been verified, it’s given a distinctive code that will differentiate it from all other blocks on the blockchain. Then, that block is added to the blockchain.

When a block is added to the blockchain – it becomes a public matter of record available for anyone to see. A quick look at Bitcoin’s blockchain, for instance, will show you traction data along with the info about when (“Time”), where (“Height”) who (“Miner”) added the block to the blockchain. 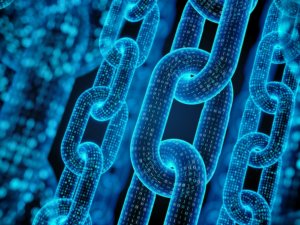 Therefore, blockchain transactions take place within a global, peer-to-peer network. Its peer-to-peer characteristic makes it decentralized, borderless, and censorship-resistant. (Censorship resistant means anyone can interact with the blockchain on the same terms as anyone else, and no one person can singly modify the content on the blockchain.)

A central part of many blockchains – including Bitcoin, is mining, which relies on computers to run a series of hashing algorithms to “mine” or process the most recent block. Each blockchain uses a different type of hashing algorithm. For example, Bitcoin uses the SHA-256 algorithm. ‘SHA’ stands for Secure Hash Algorithm. The SHA-256 takes an input of alphanumeric characters of any length and converts it to an output of 64 characters (256 bits).

Once a block is mined, the miner broadcasts it to all miners (nodes) in the network. They then confirm its validity before adding to it to their copy of the blockchain. They will also include the hash from the previous block onto the new block – hence the name blockchain.

The model of producing new blocks by running a series of hashing algorithms is called Proof of Work (PoW). PoW is the model used by Bitcoin, the first application of blockchain and the world’s first cryptocurrency. PoW, however, uses extremely high computing power and hence, electricity – leading to the development of other models meant to improve on it – for example, Proof of Stake (PoS).

The Principles of Blockchain

On a blockchain, each participant in the network has access to the whole blockchain. No one participant has control over or regulates its information. Also, every participant can validate the records on the chain.

You can also transact directly with other users on the blockchain – send money, receive money, etc. without an intermediary.

Blockchain technology came with an unprecedented level of transparency. If speaking from a cryptocurrency viewpoint, for example, all transactions are recorded on the blockchain and identified by the owner’s public address. In cryptocurrency, this is what is referred to as pseudonymity, i.e., while their public address is open information, their real identity is not disclosed.

In real-world blockchain applications, for instance, the supply chain, every single step of the process is available for all to see. This introduces transparency never before seen in the world.

In the context of blockchain, immutability means that once something has been recorded on the blockchain, it cannot be changed or altered.

Blockchain achieves this via a cryptographic hash function – which is taking an alphanumeric input of any length and giving it an output of a fixed length.

The immutability of blockchains means it can be applied to many situations to encourage accountability when people know that they can’t manipulate information or accounts.

The technology behind cryptocurrencies is interesting and revolutionary. It’s decentralized, transparent, and immutable nature is what makes it so unique. It’s what has made Bitcoin a household name and pushed cryptocurrencies to the fore. The next time you’re talking about blockchain, hopefully, you’ll be doing so with much more confidence.