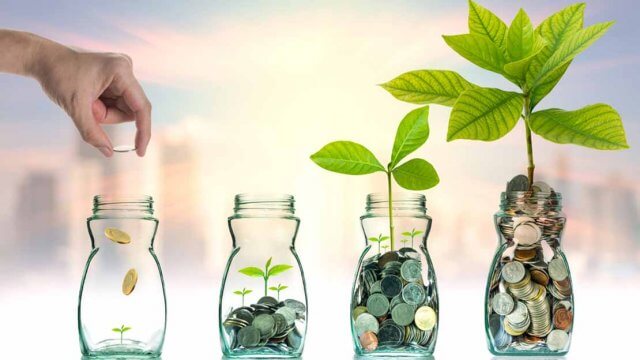 The creation of purposeful change and innovation in communities is always at the center stage of social impact finance. Such impact investments make use of the most recent technological innovations and continuously challenge the status quo.

With this, many initiatives like blockchain prove that they can act as a catalyst when it comes to data democratization. They can also open new possible worlds to stakeholders and users across the globe.

According to recent research by Harvard Business, blockchain is not only able to transform governments and businesses but also society.

Ethical and socially responsible investing isn’t a new endeavor; among the most popular social investment programs, Grameen Bank, Bangladesh, was started in 1976. However, using digital, innovative, and app skills to try to solve these economic and social challenges underpins the fintech trend.  Fintech has had an exceptional digital take-on. According to the 2019’s adoption survey of Fintech, on average, up to 75% of the world is using fintech products. However, in India and China’s global markets, the figure is relatively high, up to 87%.

Ways In Which Blockchain Will Transform Social Impact Investing

Access to banking is one of the areas where Fintech already has a tremendous social impact, mostly in India and other countries with limited access to banking facilities.

Blockchain, which is a data chain that is held by the user community, has the capability of revolutionizing operational systems as well as record keeping. It serves as a ledger or journal of events occurring digitally and shared among its users.  Blockchain algorithm applications have lots of things to offer to the over two billion people who don’t have bank accounts. For instance, BitPesa, which is part of AZA, a group, a group focusing on converting the bitcoin to Tanzanian or Kenyan shillings. The number of people using BitPesa has been on the rise in the two countries, which signals that more and more people are starting to use bitcoin.

Blockchain has the potential to offer accessible, even real-time data tracking environmental or social needs. Its benefits are very clear; the distributable blockchain community nature makes it possible for the reconciliation of information that has been entered by different parties. When you use a shared infrastructure, the data will be time-stamped and is less vulnerable to fraud and manipulation.

What if the blockchain could be made to predict the trends and impact on new initiatives? With the predictive markets already existing, this is achievable.  This will enable people to choose outcomes on the application or other platforms and invest based on a specific approach that will ensure you achieve certain outcomes.  Those with accurate predictions will receive financial rewards. After some time, the model can be used in predicting the possibility of particular social needs and the best ways to improve them.

4. Increases Trust Between the Stakeholders and Users

The successful blockchain projects help increase trust since they have been designed as collaborative, protect with higher transparency levels, and decentralize the consensus process. They offer great rewards to people who contribute to the evolution of projects and integrity protection. They are successful due to the broad buy-in and support of community users and stakeholders.

An impact token that is well designed is made based on such principles. The Natural Capital Finance Alliance and Climate Chain Coalition are among the communities that have shown a commitment to the collaboration. However, there is still no impact token, which has been designed based on these principles.

The investment community impact exists within the broad stakeholder base impact. It will have to be accessible to all and responsive to the interest of the public. With this, any blockchain used for impact token management will have to be based on freely available and open-source code.

SolarCoin Foundation does set a positive example when it comes to transparency issues. Its source code has been published on GitHub while the SolarCoin browser offers access to every SLR transaction.

6. Helps In Keeping Consumption of Energy in Check

Environmental effects that come with creating and managing impact tokens should be addressed in a design process. There are currently several websites and studies that reveal the amount of energy used together with the GHG emissions, which are released by the Ethereum and bitcoin operation, which are the two leading cryptocurrencies. According to the new study published in the Joule magazine, the first to be taken through the rigorous peer review reasons that worldwide, mining of bitcoin consumes at least the amount of electricity consumed in Ireland in the whole year.

Even worse, it still contends that the use of energy is doubling after every six months and can get to the yearly consumption of the Czech Republic, which stands at 67 TWh before the end of 2018, which is about 0.3% of electricity consumption in the world.

The current impact-related financial tools like development impact bonds are difficult to scale due to the difficulty in monitoring and verifying the progress of set milestones.

According to the UN principles for the Responsible Investment Initiative, different areas have already been listed, including a secure recording of the local schools’ educational certificates, energy trading systems, and medical data access.

Blockchain is capable of accelerating the financial flow by making the systems simpler while noting that most of these areas have not been widely penetrated.

The most common ‘Blockchain for good’ application is the use of Building Blocks platform by the World Food Program to help make payments to the refugees that have so far resulted in millions of dollars being saved.  Blockchain technology is used to provide a unique digital identity to the eligible beneficiaries. In most cases, they can scan the retina or fingerprint to reveal their identity and make the transfer of regular cash with no transaction costs.

Blockchain is a game-changer. It contributes to the impact investment scale by offering transparency, trust, and low transaction costs.  It is still early days for the impact tokens, and the impact investment community will have to be prepared for an error and trial approach. As it has been demonstrated by the establishment of a complex carbon market that makes one of the first large scape payments for impact schemes in the world with the priority, have to be in trust development that will lead to building consensus around processes and procedures in the community. In the future years, it is anticipated that the use of blockchain will lead to a great transformation in social impact investing worldwide.