The Relative Strength Index (RSI) was created by Welles Wilder as a momentum oscillator that measures price movements’ speed. The RSI is bounded between zero and 100. According to its author, an overbought condition occurs when the RSI is above 70, whereas an oversold condition is the RSI below 30.  RSI is one of the most popular indicators because of its simplicity and is included in all charting packages.

How to compute  the N-period RSI

2.- After all summations have been performed, divide the results by N, the period. This will create an average of up and down changes: avgUp and avgDwn.

4.- Finally, the RSI can be calculated by a normalization operation to bounded it between zero and 100:

Welles Wilder designed the RSI with a standard 14-bar period, so it was meant for short-term asset analysis. This indicator works at its best on mean-reverting market states. According to Mr. Wilder’s research, the RSI usually tops/bottoms ahead of the actual market top/bottom.

The basic form of RSI trading is shown in the RSI flowchart below. 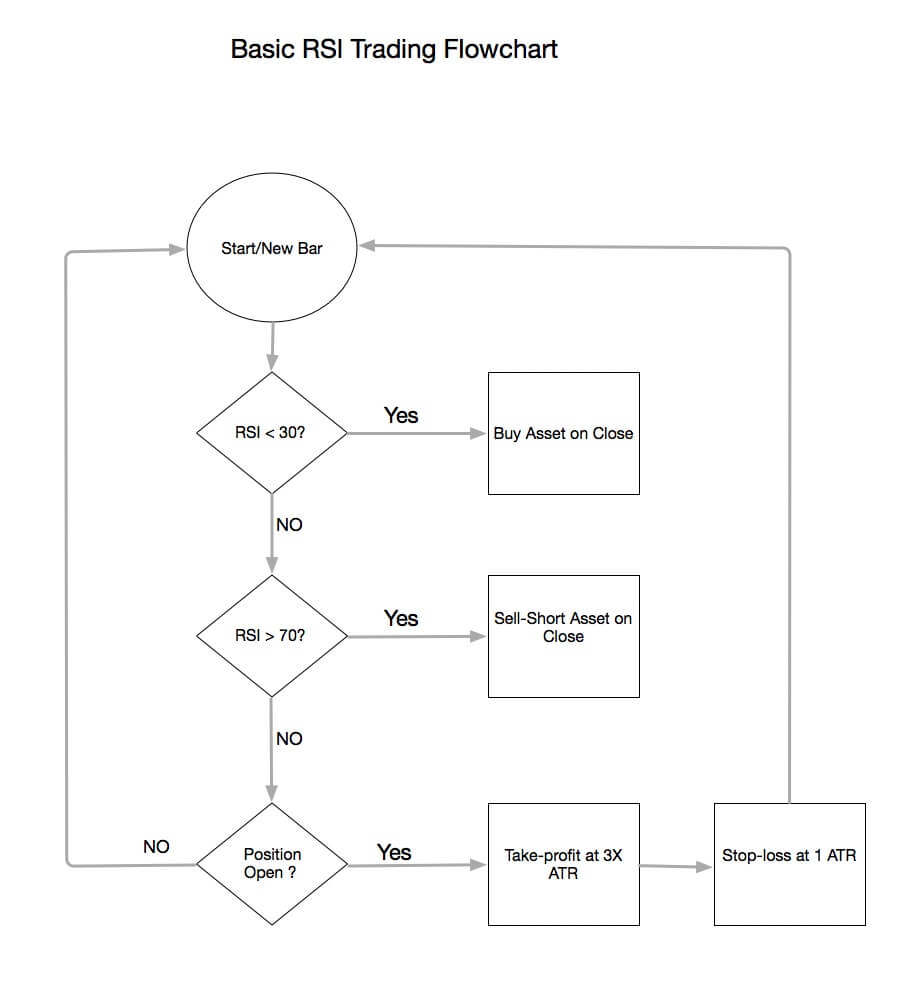 The basic rules of the System are:

And below the code in EasyLanguage,  for Tradestation and Multicharts platforms, with input parameters to allow for optimization of the length, overbought/oversold levels, as well as take-profit and stop-loss levels in the form of ATR multiples. 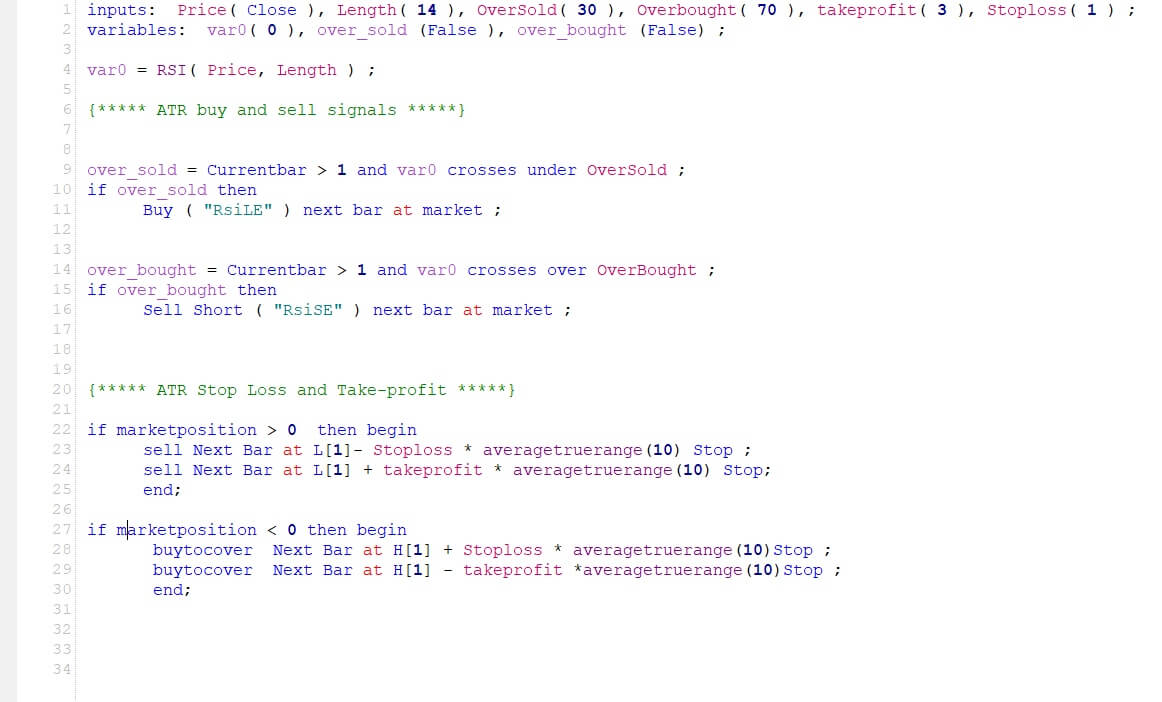 This algorithm works fine as long as it is applied to a non-trending, mean-reverting asset but fails when a trend has been established.   Please, bear in mind that the strategy as-is will not work.

An optimized version, tested in the EURUSD pair from 2014 till 2020, showed the following equity curve and values: 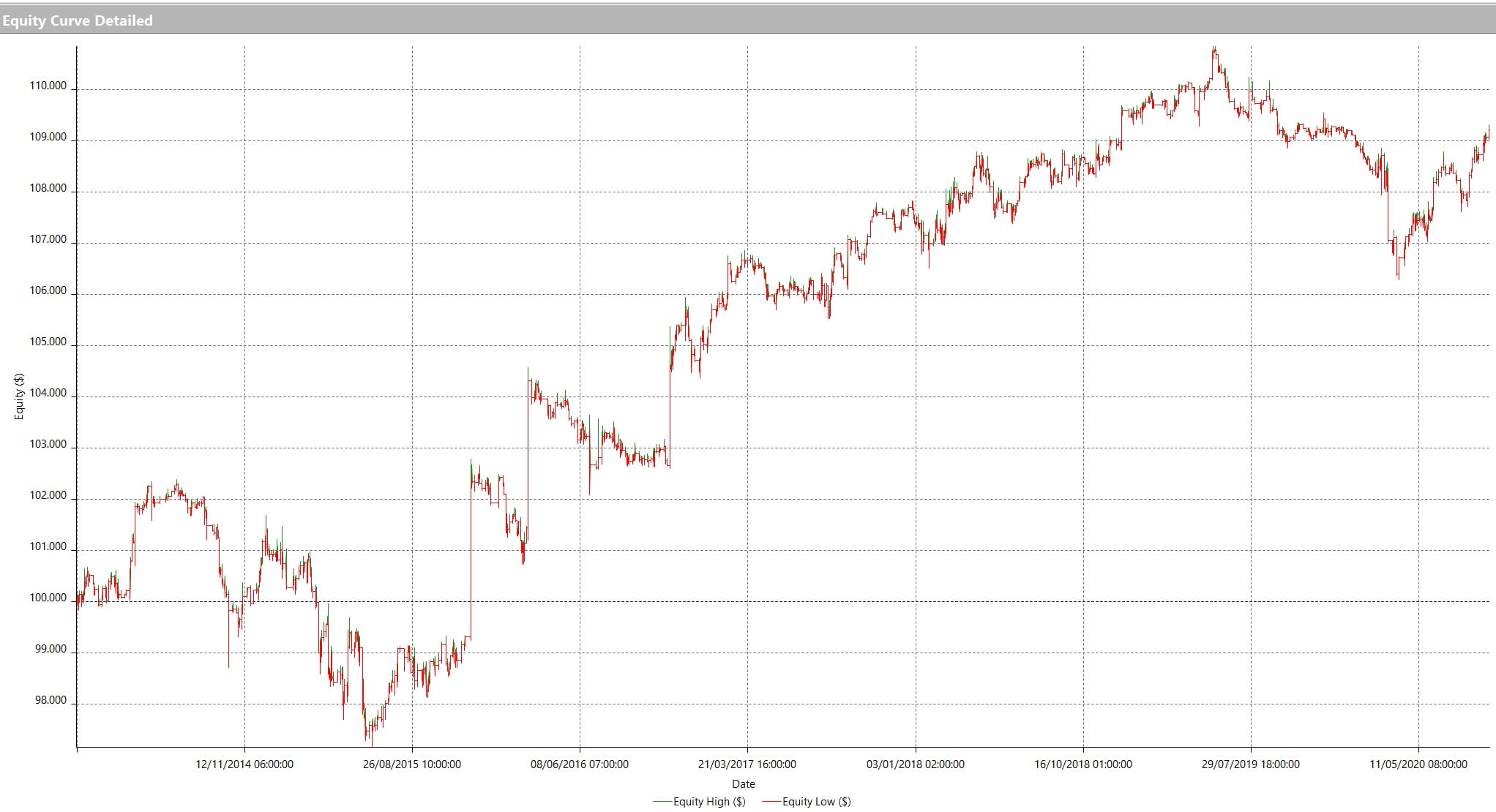 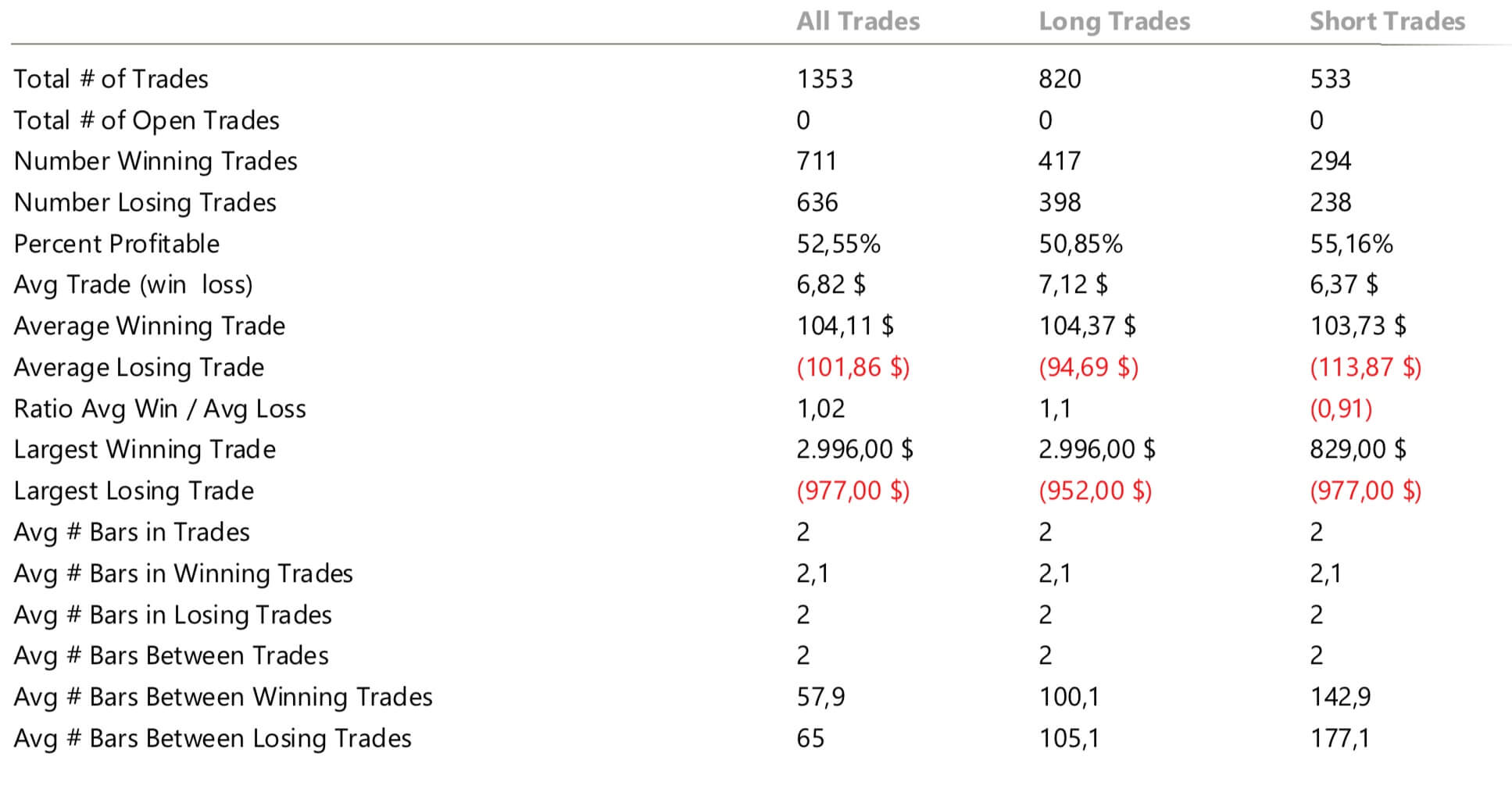 The results are a bit disappointing, as we see. After the optimization, the strategy shows only 52.55% profitable trades with a meager 1.02 reward/risk ratio. The RSI is very close to a coin-toss in performance, meaning the results are mostly due to chance.  Furthermore, the average trade of $6.82 before commissions means a trader working using the classic RSI entries is really profiting his broker.

In our next video, we will cover a new way of using the RSI on trending securities.

APPENDIX: The RSI code for Easylanguage