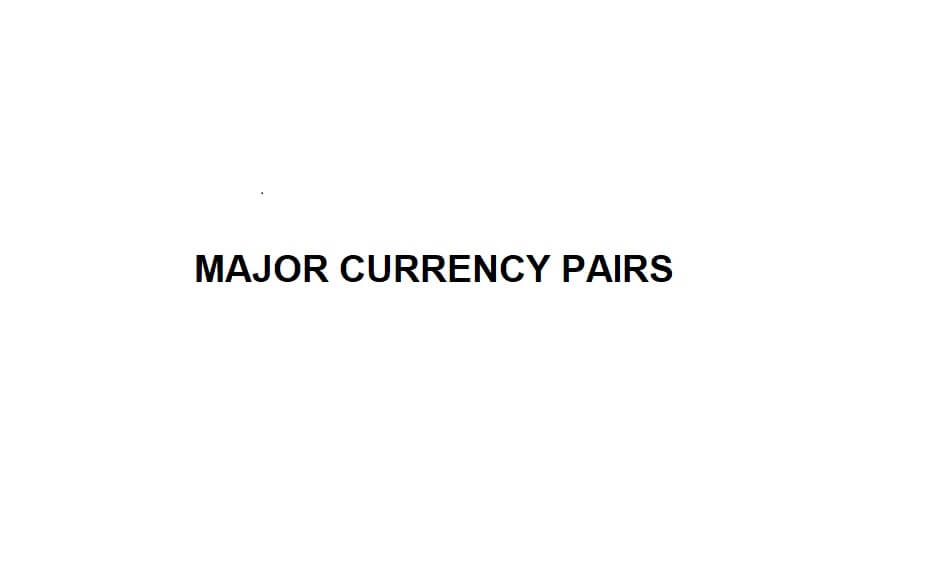 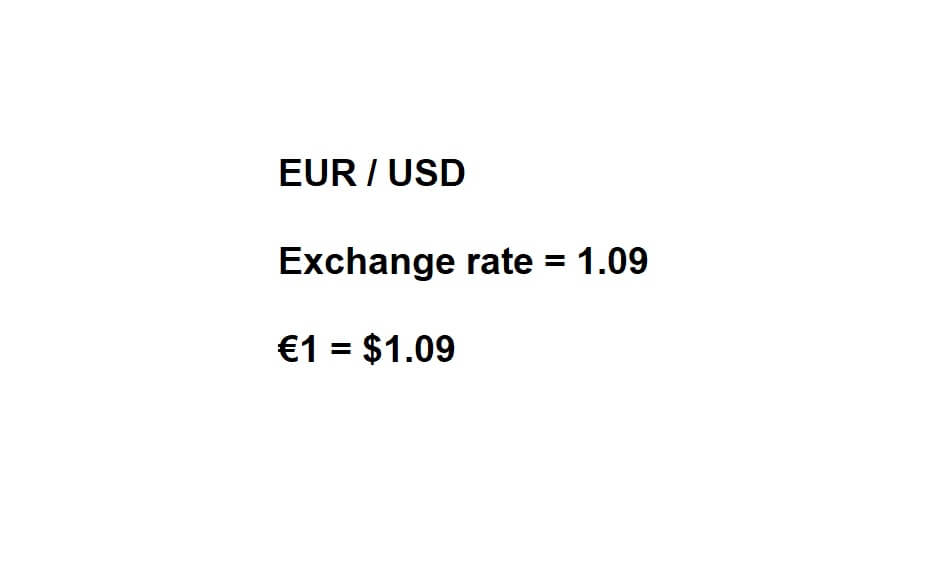 Insert B: If the Euro is being valued against the US dollar, the current exchange rate is 1.09, where 1 Euro is equal to $1 dollar and nine cents. Easy enough. The best way to learn how to gauge currencies and their value against one another is to open a demo account and spend some time looking at screen charts and seeing how currencies are quoted against each other. You can even play some trades at no risk to see how the spreads differ and look at historical price action of the pairs while experimenting with some of the many technical analysis tools which are available to help try and determine future price direction. This is the safest way to learn how to trade using virtual money in real market conditions. 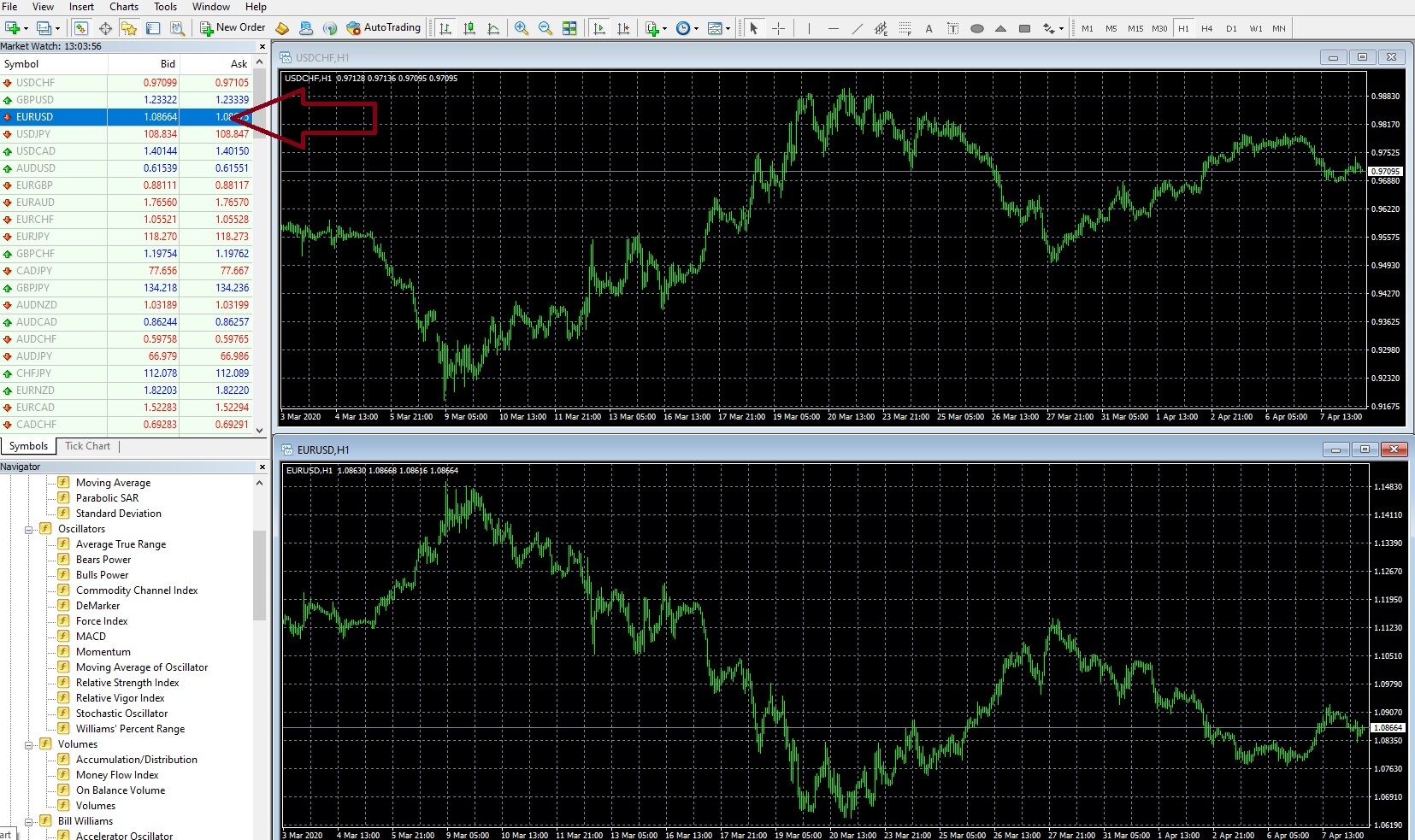 Insert C: Let’s look at some examples now to learn how to read major currency pairs. This is one of the most commonly used trading platforms; it’s called the MetaTrader MT4 and is widely available via most brokers.
On the left of the screen, we can see the market watch section, which is home to all the currency pairs that your broker will offer you. We have highlighted one pair, which is one of the most widely traded major currency pair, the EURUSD, by clicking on the pair in the market watch window, we can open a trading chart and drag it onto our screen which we have done here. 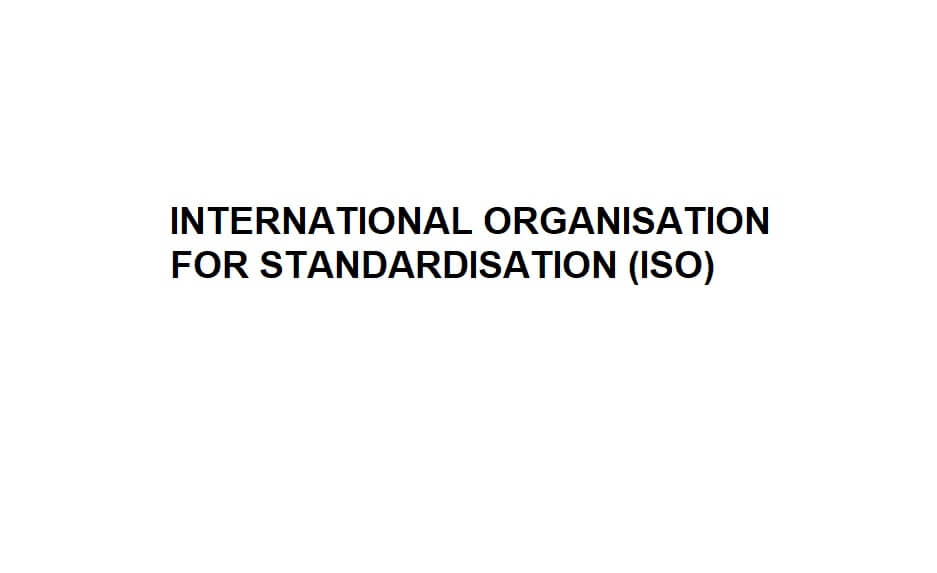 Insert D, each currency is denoted by its three-letter ISO, Which stands for International organization for standardization. 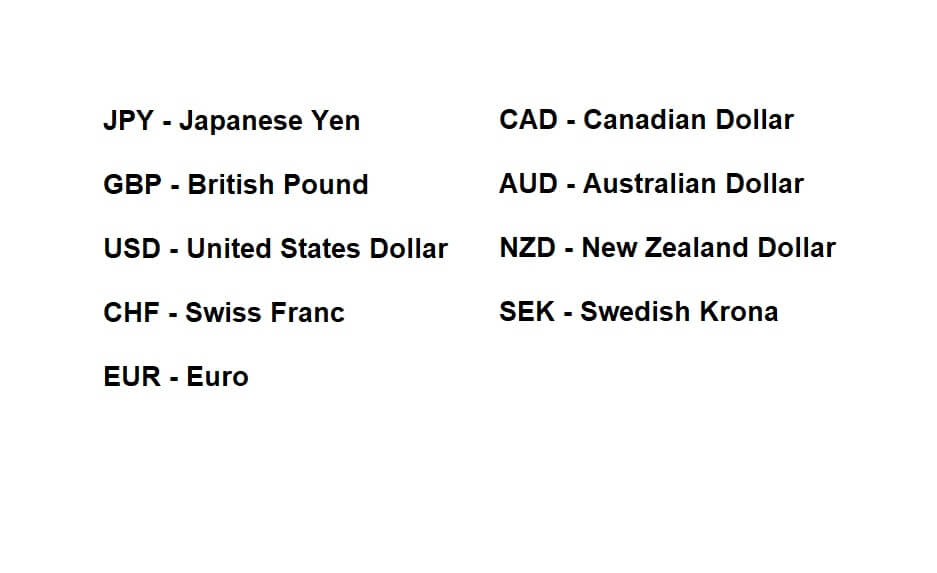 Insert E, The following ISO’s makeup the major currency pairs, so JPY for the Japanese yen GBP for the British pound, USD for the United States dollar, CHF for the Swiss franc, EUR for the Euro, cad for the Canadian dollar, AUD for the Australian dollar, NZD for the New Zealand dollar, and finally SEK for the Swedish krona. 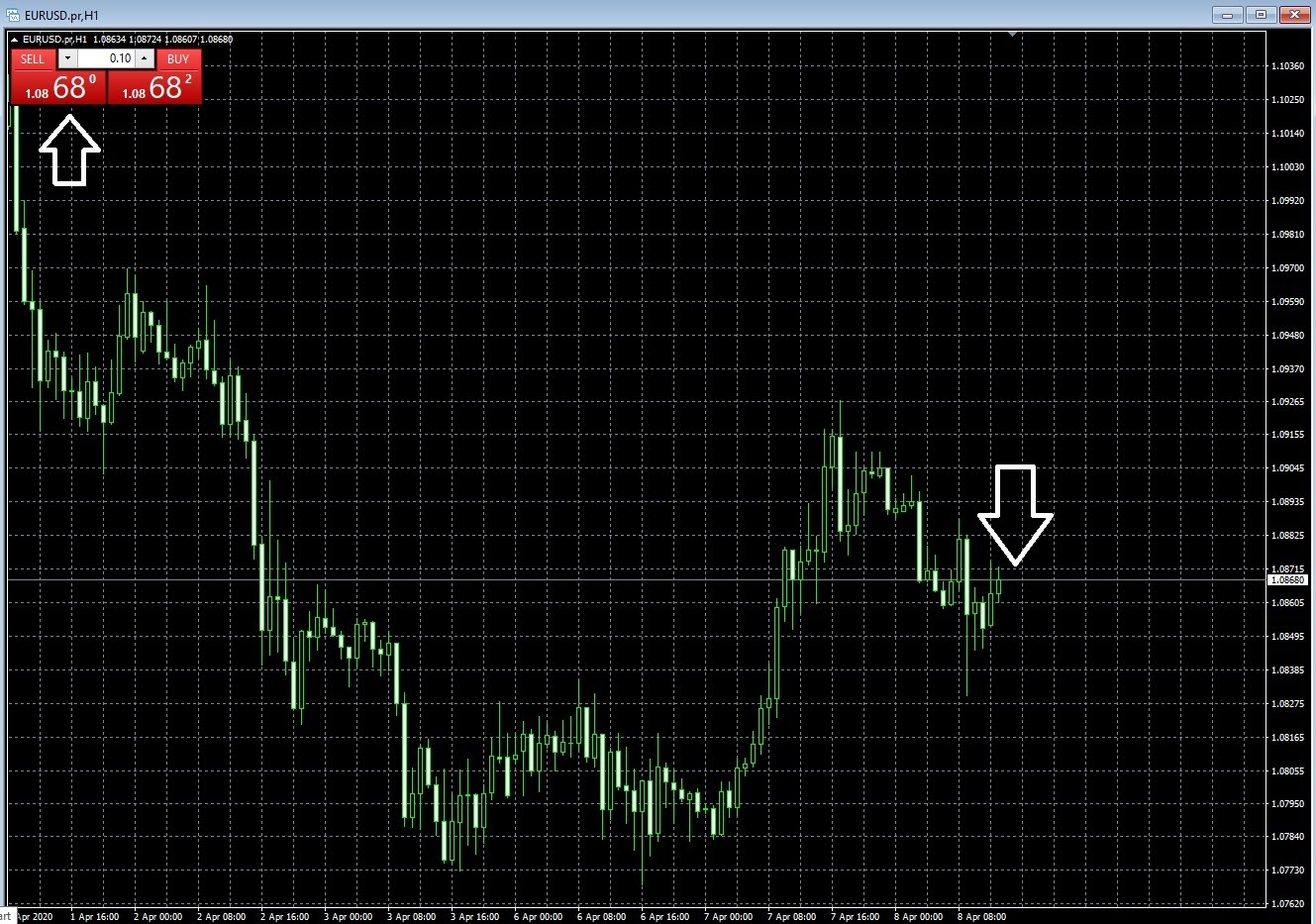 Insert F, If we believed next fundamental reasons such as the European Union was about to increase their interest rates, which might be attractive to investors in Euros, we might expect that the Euro would rise in value you against the US dollar, as in this example, and where we would execute a buy trade in the hope that the Euro would rise in value against the dollar in which case we would make money.

Insert G, If only, on the other hand, we expected that the US Federal Reserve was going to increase their interest rates, which would be attractive for investors to then buy dollars, we might expect the price to fall all in this pair, in which case we would sell it.

There are a whole host of different reasons why currencies rise and fall against each other as well as economic conditions such as the strength of a country’s economy. There are technical reasons as well, and whereby traders use a system called technical analysis to tell them when the price of a pair might move higher or lower, and this would be based on factors including a currency being overbought or oversold.
Therefore traders bet against these exchange rate fluctuations where each movement is measured in pip value and where traders bet and amounts in value against the rise and fall of the exchange rate. So if a retail trader betted that the exchange rate would move up 10 pips and they bet $1 per pip, and they were correct, they would make $10. However, if the market moved down and therefore against them by 10 pips, they would lose $10 and so on.
When the unit value of the dollar is higher than an equal unit of a counter currency, the US dollar will be quoted first, such as the USD JPY pair. However, currency values can go from parity to inverted, but we’re typically the format will remain the same. The first quoted currency ISO is called the base currency. In this example, that’s the US dollar, and whereby the second currency is the quote currency.

Base currencies can be quoted as quote currencies on other pairs and vice versa, depending on which pairs are traded. Remember, currency pairs form the largest amount of volume going through the market at any given time, and this means there is a great deal of liquidity in these pairs. And liquidity and volume mean price movement. And movement means opportunities to make money trading Forex.
It is no coincidence that the major currencies belong to those countries which are amongst the richest on our planet. This means that they have a high gross domestic product due to the amount of goods and services which they provide across the world, and which has made them wealthy. Investors, traders, and providers of goods and services are continually driving exchange rate fluctuations, and this is why the best training opportunities are available on the major currency pairs.