Continuing with our hedging strategy series. Today we are going to look at setting up two trades. One Which involves using the Elliott wave Theory of technical analysis, and should this prove ineffective, we will also be setting up a secondary hedging, or insurance based trade, in the event that our first trade does not go according to technical analysis.

While hedging comes in many forms and strategies, the methodology behind this type of hedging is that we want to carefully set up a trade based on tried-and-tested technical analysis, and where, in this particular case, price action may be set for a sharp reversal, but turns unexpectedly, in which case we will be able to catch the move in the opposite direction. In which case theoretically we win no matter which way price moves. Therefore this strategy works best when markets have consolidated or reached highs or lows, which seem right for reversal or continuation in price action but where the consolidation squeeze should cause a burst in volume in either direction. 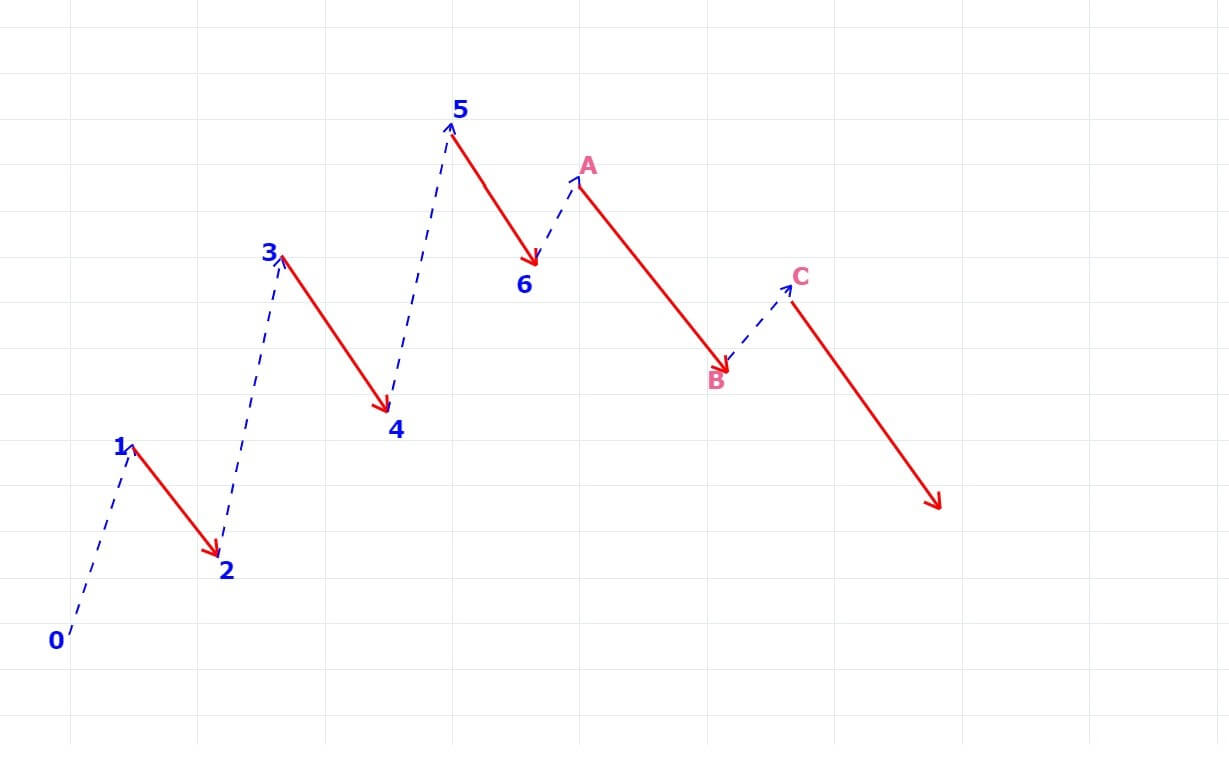 Example A, Let’s quickly remind ourselves of the theory of the Elliott Wave, which consists of an impulse wave that is usually composed of 5 sub-waves that move in the same direction followed by a corrective wave composed of three subways that move against the previous trend.

Example B, Here we can see the Elliot wave in action. After a consolidation period, we can see the Elliott wave as denoted by 1 2 3 4 5 6 pattern, with higher highs and higher lows and where we would expect price action to begin to fade with our three-part full pull back as denoted by the A B C technical pattern we have drawn as an estimation onto our chart.
Therefore, if the Elliot Wave theory holds true in this case at position A, we would see a decent in price action in line with our A B C expectation, and if not, we would expect a price action continuation up to position 7 in continuation of the original upward trend. 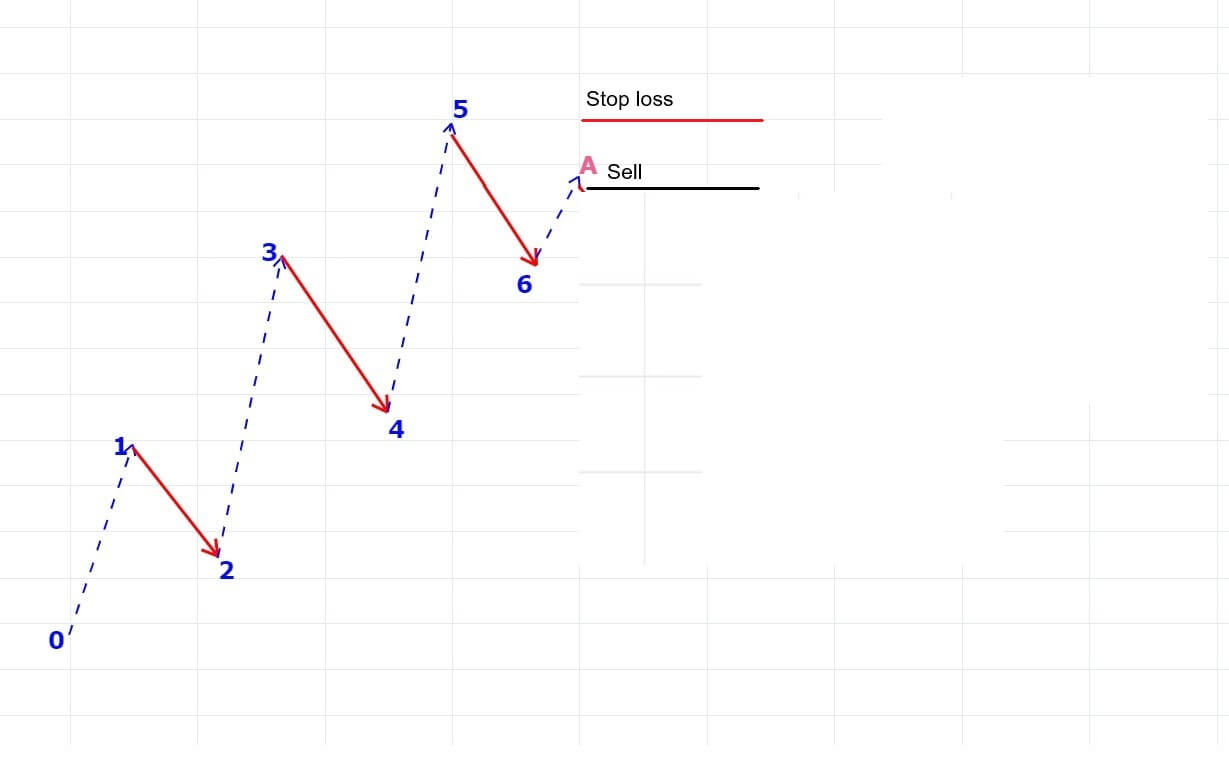 Example D, This is the first part of our hedging strategy in which case we are going to go shorts at position A, which represents her 50% pullback between position 6 and 5, and at which point should be the beginning of the three-wave counter move in the opposite direction of the trend upwards should the Elliott wave Theory hold at this point we will capture some decent down movement, especially if this setup is used on a 15 in 30 or 60 minutes chart.
We must set our stop loss at a couple of pips above position 5, which would mean that the Elliott wave theory has not held out on this occasion, and that price could be set in a continuation upwards of the original trend. However, should position 5 on your chart be a round number and what is also called a big figure number such as 1.3400 which you might see in the USDCAD pair, or 1.300 in the EURUSD pair at the time of writing, then price action might find this as a level of resistance and fall anyway. But as the theory would be negated, we would suggest you consider this and think about exiting the trade and waiting for another Elliot Wave set up. In either case, stop losses should not be more than 20-30 pips. 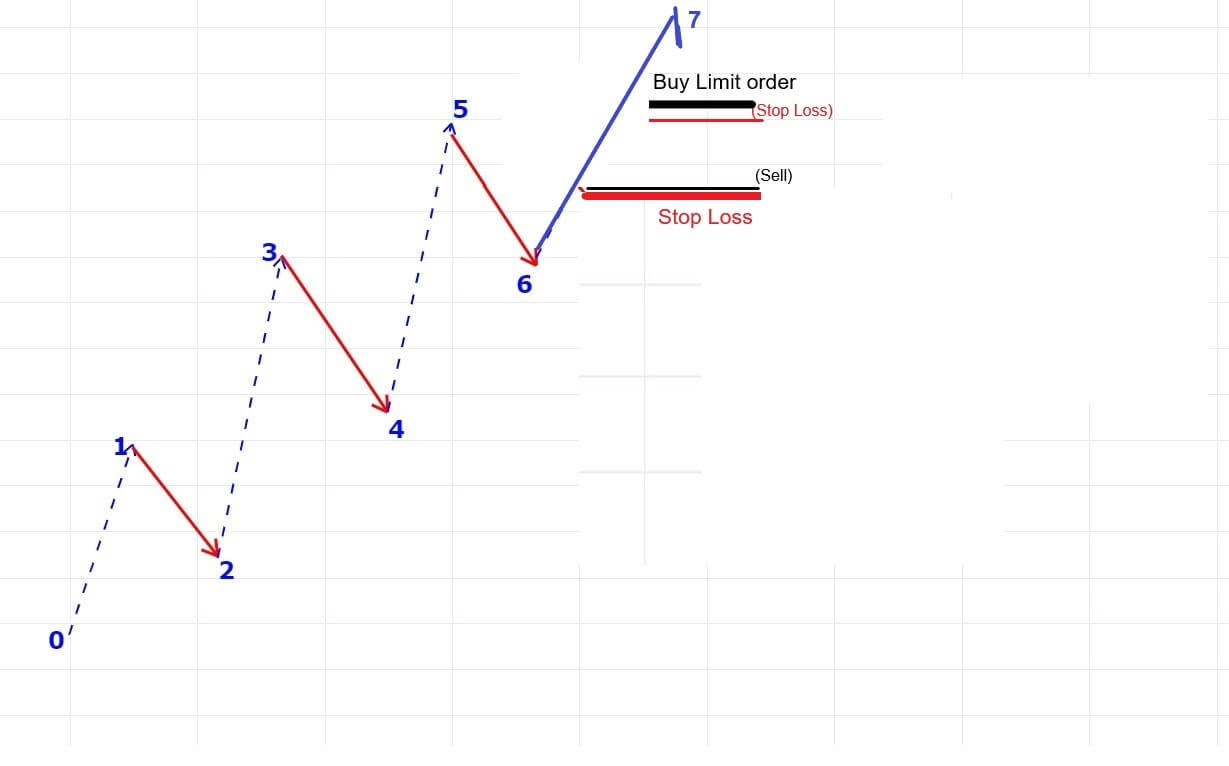 Example E is our hedging strategy. In the events that the Elliott wave fails and price action continuous, we must set a buy limit order a couple of pips above the previous trade’s stop loss in order to capture the move from position 6 to position 7 and beyond. If possible, we should monitor this move closely, because as an insurance policy, we need to at the very least make the same amount of pips.i.e. 20 to 30 that we lost in the first trade.