Thank you for joining this oryx academy educational video for novices. In this session, we will be looking at with claimant count and studying an example from Great Britain to try and establish what it might mean for trading the British pound. 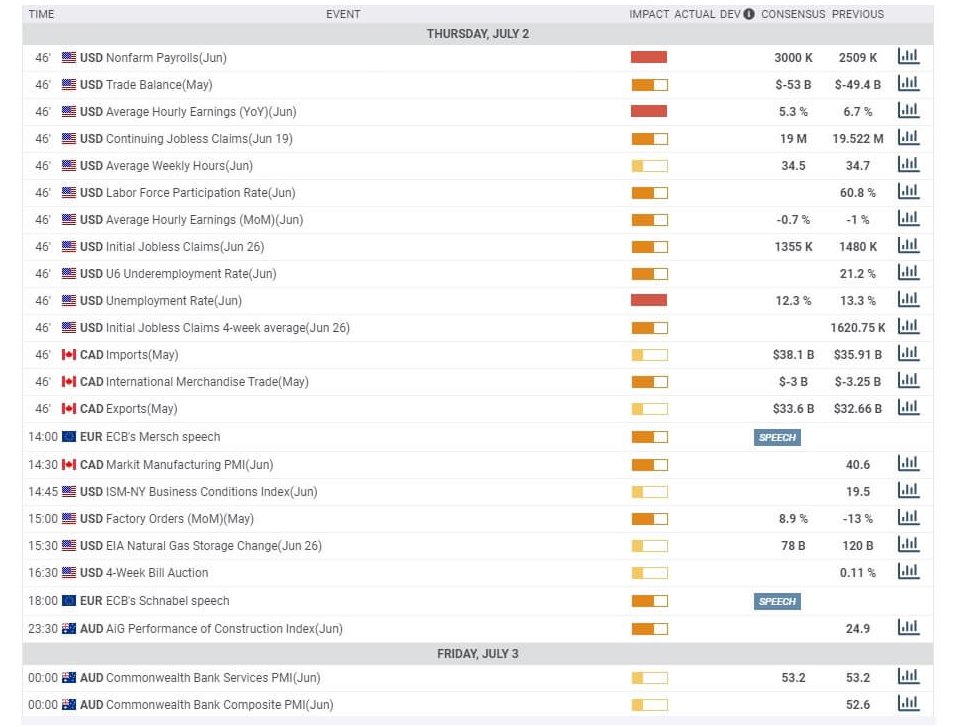 If this is the first time you have viewed one of our fundamental analysis videos and you happen to be a new trader, we recommend that you use a financial calendar every day in order to plan your trading activities around the fundamental economic releases which governments statistics departments and other economic specialist firms release on behalf of governments. These are usually released on a weekly, monthly quarterly, and annual basis. The majority are subject to a time embargo.
This is typically what you might expect to see on an economic calendar, and these are available by most broking firms.

The most critical components of an economic calendar are the day and date, the time of the economic statistical release, the type of event, and the likely impact that this release could have on the market, which typically has 3 levels, low, medium, and high. High impact economic data releases can cause significant volatility in the market post-release, and it is essential that you are not caught offside because you didn’t know it was happening. This could cause significant losses for you and therefore adds weight to the fact that you must use an economic calendar every day. The other information that the economic calendar will provide you with is the previous data release, a general consensus, which will have been put together by leading economists. The actual figure will be quickly populated on to the calendar shortly after its release. This information can then be compared to the consensus and the previous data release in order to try and establish if the information is better, worse, or the same for the particular country’s economy. 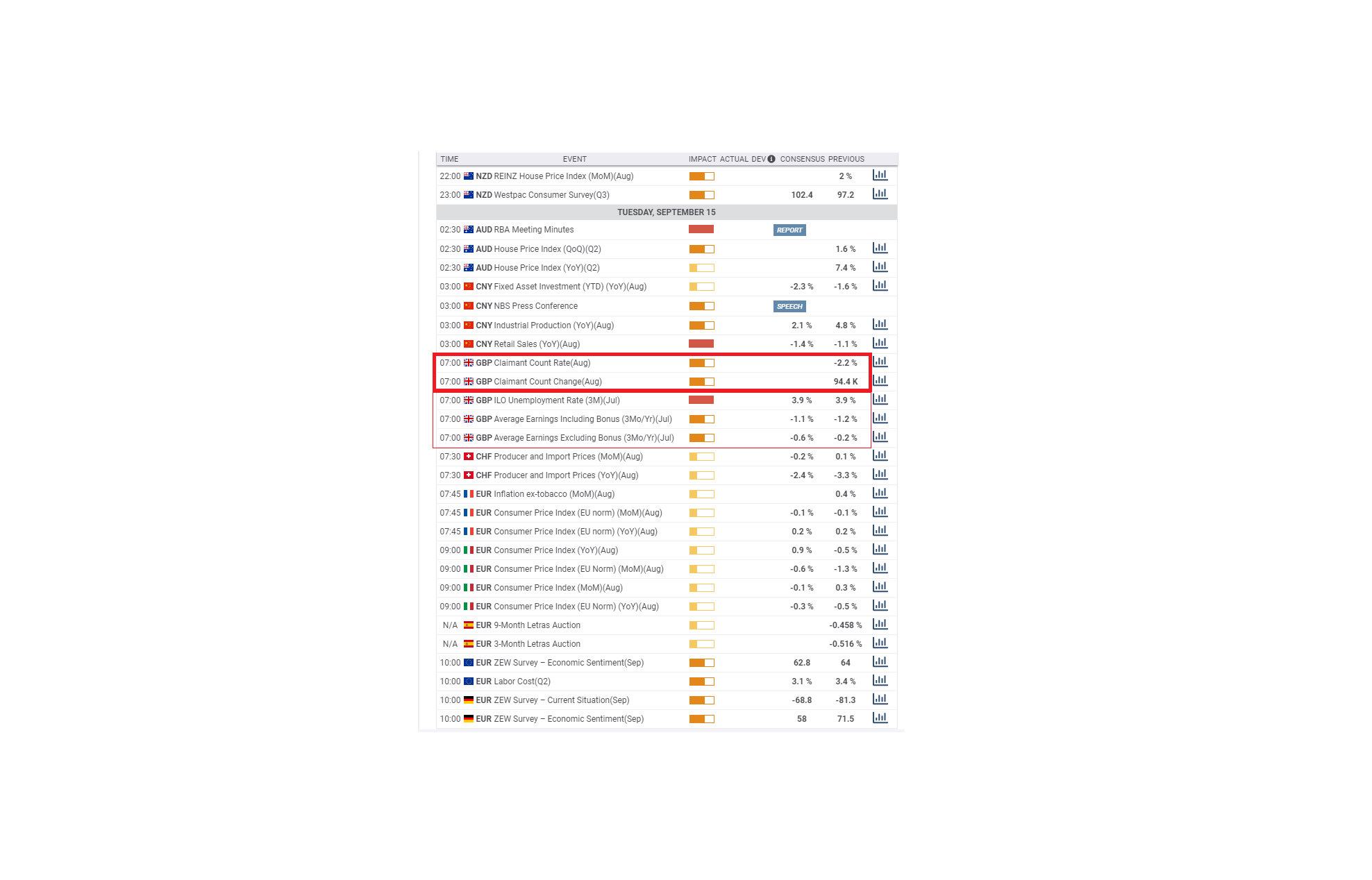 Here we can see that on Tuesday, September 15th at 7 a.m. BST, the Great Britain claimant count rate for August is expected, along with the claimant count change for August. These are both predicted to have a medium impact on the market. We can also see the previous figures for July. However, there is no consensus. Please note that this information will also be simultaneously released with unemployment and average earnings, and where traders will take all of the released information into consideration before trading in accordance with the data. Because the unemployment rate is a high impact event, we must take this into consideration even though the claimant count is set as a medium.

So, what is the claimant count? This statistic is released by the National Statistics body, and it is a monthly measurement of unemployment within the United Kingdom. It is essentially a barometer for the health of the UK Labour market. Traders will be looking for higher rates of employment because this means that the economy is expanding. In this circumstance, it means the UK is bouncing back from the covered pandemic and indicates that the UK economy is expanding. Therefore, traders will be looking for a lower number in the claimant count than the previous month, which is seen as bullish or good for the Pound, while an increase in the number of claimants is seen as negative and both bad for the UK economy and the Pound, which might fall against its counterparts.