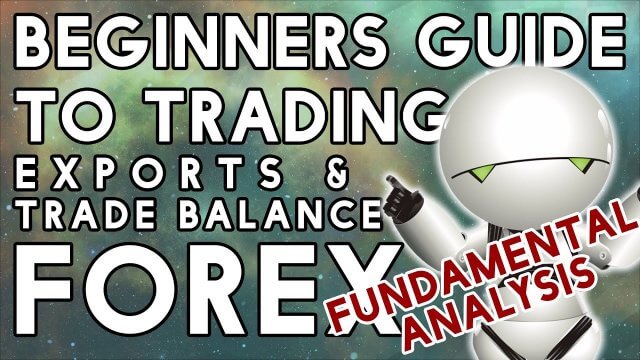 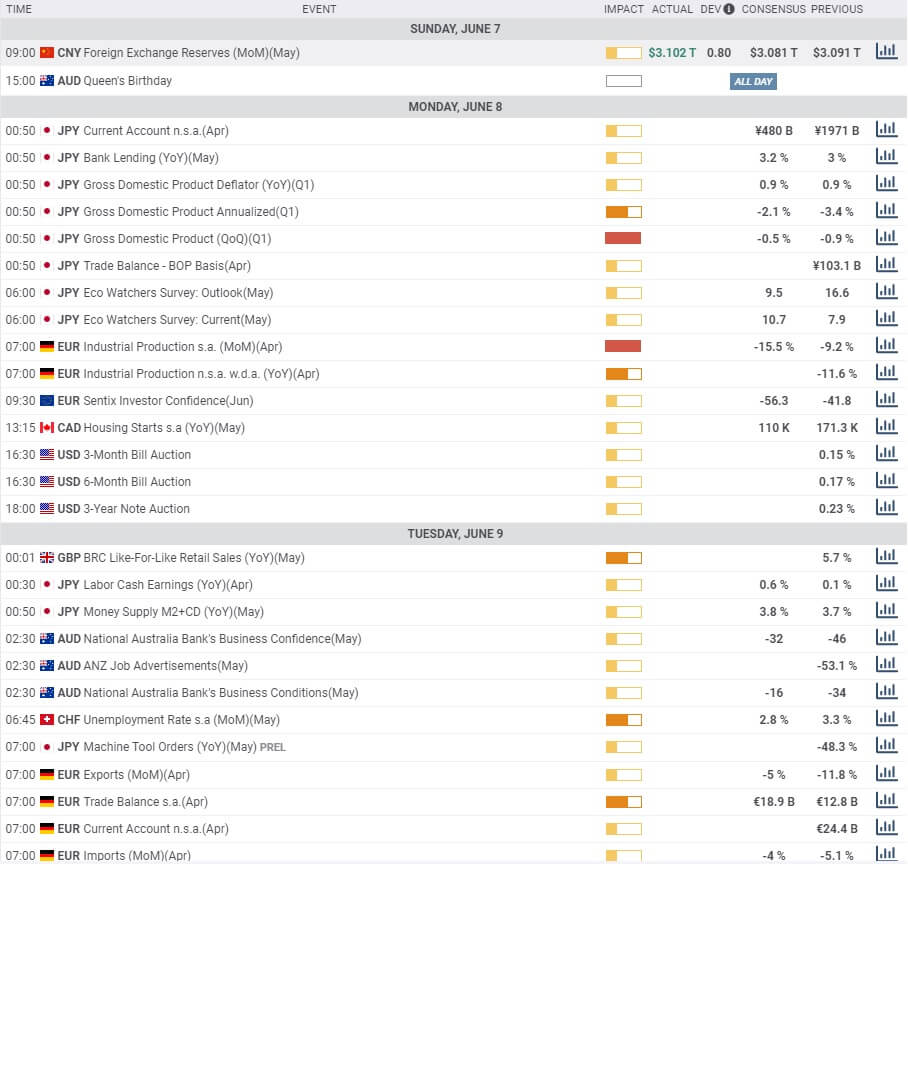 The best way to approach trading is to plan your day and week in advance, and one of the best tools that you can utilise here is the economic calendar, which is provided by most brokers. 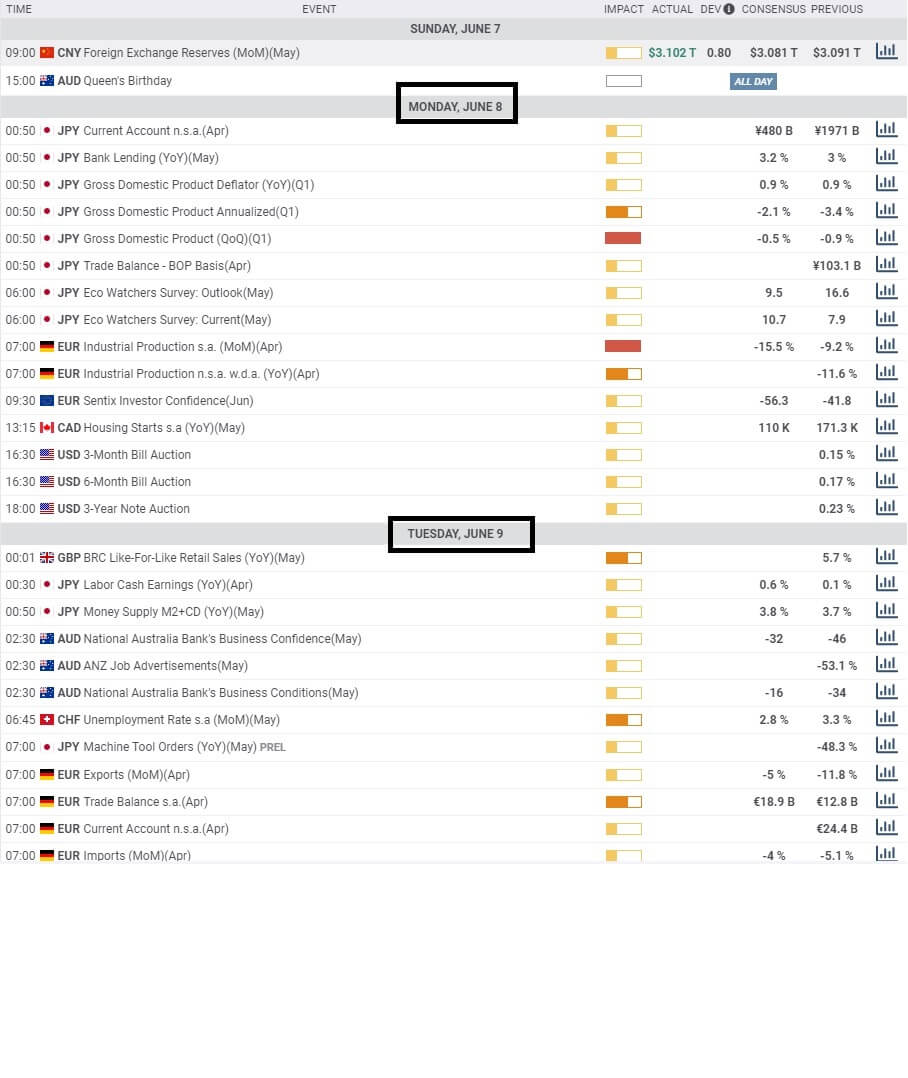 Always check that you are looking at the correct day’s economic releases. 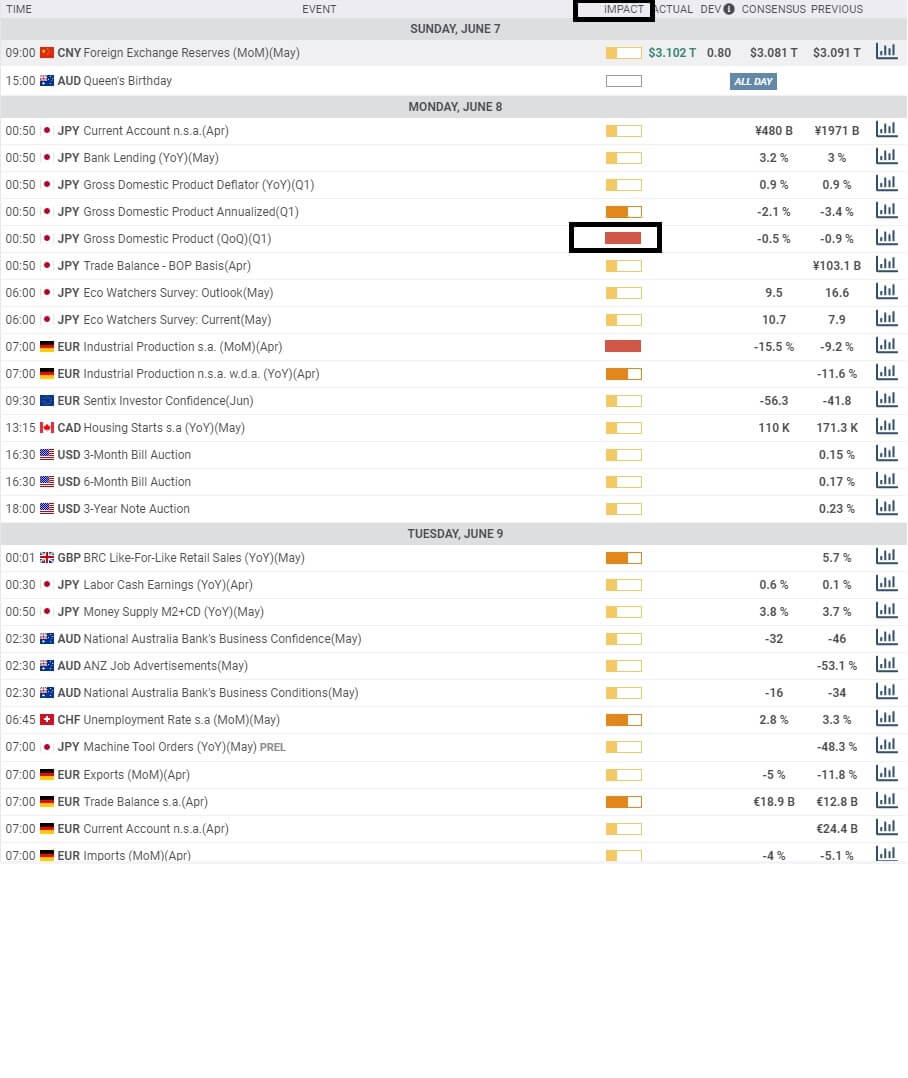 Always keep a careful eye out for the level of impact for any data release pertaining to the financial asset which you want to trade. The more importance attached to the impact, the greater amount of volatility which could occur after it’s release. 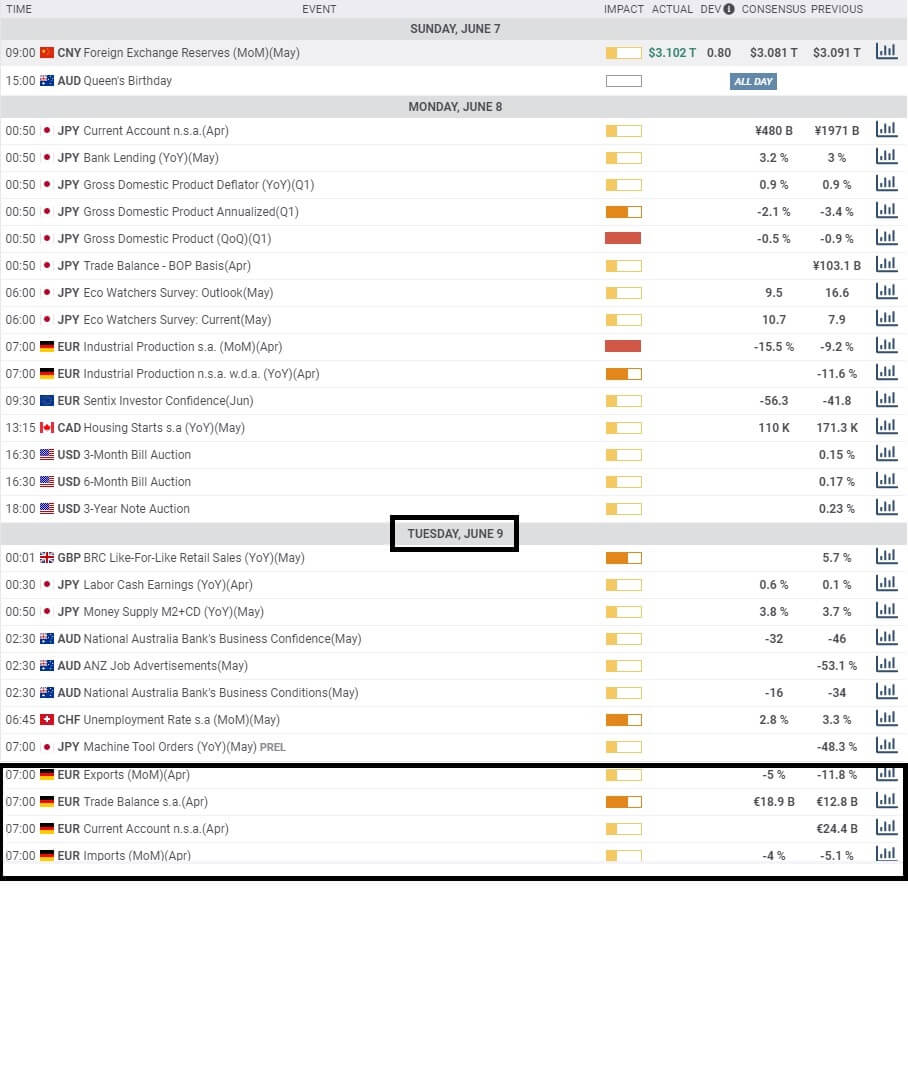 In this example, we will be looking for a couple of days ahead to Tuesday, June 9th, and paying particular interest to German imports and exports and trade balance.
As we can see here, we are expecting for economic data releases for German exports, month on month for April, where the impact is low and where we have a previous month of March coming in at – 11.8 with a consensus of – 5% expected for the release at 7:AM CEST.
The trade balance for April has more significance associated to it, where we can see a 12.8 billion euros surplus for the month of March and where this is anticipated to rise to 18.9 billion Euros by economists and analysts.

So what do all these mean for the German economy and also for the Euro currency?
Firstly the information is collected and released by Statistisches Bundesamt Germany and is subject to an embargo.
The first segment exports, which is expected to come in at – 5% for April, provides details of All goods and services which were exported i.e., sold outside of the country of Germany.
Countries’ exports are extremely important to their economy because it influences the level of economic growth and provides a picture of employment. The bigger the export figure, the healthier an economy is likely to be.
In the post-war period, lower transportation costs have made it much cheaper to export to other countries around the globe. This globalization, as it is known, has an effect of making international trade far easier.

The second element is the trade balance, and this is more important, and this has a greater impact significance because now we are looking at the difference between what a country exports and what it imports.
Germany is the biggest economy within the Eurozone. Typically it exports more than it imports.

Therefore traders and economists will be looking for a positive figure on release because this shows that there is a trade surplus. A negative value would show a trade deficit.
The next segment is the current account, which measures the difference in value between exported and imported goods, services, and cross border interest payments. It also includes payments to overseas investors and other payments, such as foreign aid.
Again we are looking for a surplus or a deficit, which will show whether the country is a net exporter, which is good for their economy, and thus the Euro, or if it is a net importer of goods and services, which is bad for their economy and thus the Euro currency exchange rate.
The last segment is imports month on month for April. This provides a percentage plus or minus for the value of imports of goods and services from countries outside of Germany for the previous month.

How to trade Exports and trade data releases. Remember, a negative value on the trade balance shows more goods are being imported than exported; this is bad for an economy and affects growth. As a result, the Euro might depreciate against other currencies. Conversely, if there is a trade surplus, the opposite should apply.

The economic data release is similar for all countries, and the methodology to trading its release applies to all. Look out for data that is out of sync with the general consensus, as this might cause shock waves in terms of market volatility.

Economies do better when they export more than they import, and this is the basic premise to trading this type of data.