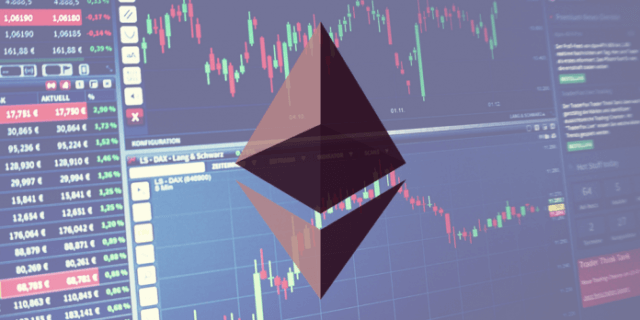 Speaking at an interview late last year, the new chairman of the U.S Commodity Futures Trading Commission (CFTC), Heath Tarbert, said that Ethereum Futures are likely to be launched sometime this year.

Such a bold declaration, coming from the regulator of one of the largest derivatives markets in the world, will undoubtedly attract institutional investors who are looking to hedge losses in their fiat settled portfolios.

But before we can examine the impact of ether futures on the crypto market, there is a good chance that the futures contract will not be launched as soon as expected. If at all it will even be possible to launch them in the first place.

While CFCT is planning on launching Ethereum futures, the contracts have already been launched, and investors started to trade them on exchanges based outside the U.S. By extrapolating the market behavior on these exchanges, it’s safe to say that ether futures won’t trade in high volumes as anticipated.

On BitMEX, Huobi, and Deribit exchanges, where investors are actively trading ether futures, the contracts’ trading volume is less than 10% compared to that of bitcoin futures. It could be because Bitcoin futures were the first crypto derivatives to be launched, and have actually been in existence for quite some time now. As such, many investors view bitcoin futures as the crypto-asset of choice. Also, the difference in trading volume may be due to the fact that Ethereum is still maturing, and maybe it will eventually catch-up at its own time.

Even without considering the trading volume, the launch of ether futures may not come to fruition due to the coin’s upcoming change in algorithm. The proposed change in algorithm will see Ethereum move from proof-of-work to proof-of-stake algorithm, making the coin more of a security than a commodity.

Unlike proof-of-work where holders receive coin rewards randomly, once Ether moves to proof-of-stake, the coin holders will receive annualized rewards. As such, since the returns will be more regular and predictable, the entire Ethereum network will fall under the jurisdiction of the U.S. Security Exchange Commission (SEC). As it is widely known, SEC hasn’t warmed up to the whole idea of crypto-assets. This will likely delay the launch of Ether futures for quite a long time.

More so, the change in algorithm, which will be executed via hard forking, makes investing in Ethereum network riskier now than it would be if hard forking was executed when the network was in its infancy stage.

Effects on The Crypto-market

Assuming that all goes well and ether futures are launched, the most immediate impact will be on Ethereum prices.

Going back in time, the launch of Bitcoin futures coincided with the coin’s all-time high prices in the year 2017. Bitcoin pessimists were, therefore, able to enter the market via the futures, leading to a fall of  Bitcoin demand in the spot market. The lower the demand, the lower the prices.

The change in Bitcoin’s price dynamics, prompted the pessimists, as well as the initial coin holders, to short-sell in an effort to make returns off the falling prices, making the prices to decline further.

History may repeat itself in Ethereum’s case, especially considering that the crypto-market is driven mainly by speculative investors. Yet, the Ethereum blockchain platform has the potential to shift the ETH market prices from speculation demand to benefit-driven valuation. This is possible due to the smart contract feature of the coin’s underlying protocol that allows users to complete transactions such as making a purchase without employing a third-party to oversee the whole process.

Simply put, ETH isn’t just focused on cashing in the chips; instead, it’s focused on having a real-world use. This way, it’ll stick around for a long time and derive value from its transactional benefits.

As Wall Street continues to work hard towards embracing cryptocurrencies, the launch of ether futures is critical, as it will incentivize deep pocket investors to enter ETH trade without necessarily owning the underlying asset. This might spark off an aggressive short-selling spree, but it might be a healthy thing for the market since it’ll help shift the focus to the real value of Ether.

Companies who had raised money through ETH tokens – ERC20 – will, however, be affected if eth futures end up triggering short-selling panic. To hedge against further losses, these companies may resort to selling their token’s value for BTC or fiat currencies. In any case, whatever the resultants effect will likely increase Ether’s trading volume.

With the increasing trading volume, more tools will be developed for seamless trading. Transactions will be faster, and even the current problems in the crypto-market, such as scalability, may eventually be solved.

Besides the trading volumes and increased investment, Ether futures will help stabilize prices of the coin itself and, to a certain degree, those of Bitcoin. See, futures are, essentially, contracts to buy or sell a certain amount of an asset at a specific day and time. This is particularly useful when the underlying asset is highly volatile, which is the case with Ether. The rationale is that futures enhance liquidity, which is inversely proportional to volatility.

There are lots of mixed reactions about the expected launch of Ether futures. With Bitcoin options also hitting the market in the first quarter of 2020, perhaps, it’s best that ether futures are put on hold.

For ETH, it’s futures may not attract a significant number of investors, since they are not the first of their kind to be launched. Nonetheless, their market debut will signify the maturation of the crypto-market, earning it mainstream acceptance. If the futures turn out to be as successful as Bitcoin’s, it might open the way for ETH options and other sophisticated trading instruments.

However, before that, Ether will have to first mitigate the regulatory handle brought about by its algorithm change. Currently, analysts fear that the ETH may start out as a commodity but end up having a tangible value as it gets more decentralized.