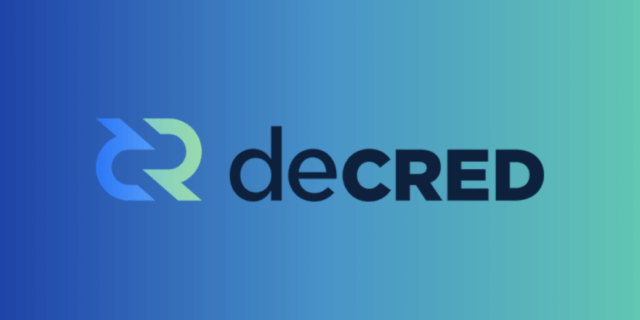 Cryptocurrency represents freedom of finance. Decentralized, censorship-resistant, and peer-to-peer are some of the words that we ascribe to it. But whether the vast majority of cryptocurrencies meet these criteria is a grey area.

Decred is a cryptocurrency launched in February 2016 that attempts to live up to these ideals. Its team of founding developers comprises of former developers of the notable btcsuite, a version of Bitcoin programmed in the Go language.

In this article, we’ll cover the exciting highlights of the Decred project and leave you to decide whether it’s the optimal currency or not.

The Principles of Decred

Decred endeavors to live by these principles:

☑️ Free Speech and Consideration – Every member has the right to communicate opinions and ideas without fear of censorship, as long as it’s based on fact and reason.

☑️ Multi-Stakeholder Inclusivity – A diverse set of views and users shall be represented and encouraged.

☑️ Incremental Privacy and Security – Privacy and security are priorities, and they shall be treated as such, and shall be incrementally implemented and on a continuing basis, both proactively and in direct response to attacks.

☑️ Universal Fungibility – Universal fungibility is central to Decred as a store of value, and any attacks against it shall be met with countermeasures.

Each time DCR is mined, 60% is awarded to the PoW miner, 30% to PoS voters, and 10% held by Decred for future development.

How to Get Involved With Decred

Decred designates three ways through which you can interact with the platform:

The Wallet – Through the wallet, you can send and receive funds as well as take part in PoS voting.

Proof-of-Work Mining – You can use your computing power to validate transactions on the network and generate new tokens.

Proof-of-Stake Mining – Through ownership OF Decred tokens, you can vote on network development issues and validate transactions.

All you need to send or receive Decred tokens is an address that you can easily generate from any Decred wallet. Once you own Decred, you’re eligible to join a staking pool and participate in PoS voting and earn rewards while at it.

What Problems Does Decred Intend to Solve?

Decred developers are huge blockchain and Bitcoin fans. However, they identified problems with how Bitcoin operates. As Bitcoin’s popularity has surged, the decision-making process seems to get more centralized by the day. This is evidenced by, for instance, the concentrated power in the hands of powerful mining companies.

In addition, almost any major upgrades to the Bitcoin software have to take place via a hard fork. This is what happened in 2017 when one section of the community proposed the SegWit2x hard fork on the chain. The two opposing sides got involved in hostile debates, peppered with name-calling and threats. The hard fork was finally called off, but not before leaving sharp divides in the Bitcoin community.

According to Decred, such divisions and the power that a particular section of the community might have over the cryptocurrency is counterproductive to the ideals, spirit, and the world of blockchain and cryptocurrency.

We’ve all seen what happens when two opposing sides do not arrive at a consensus. Factions can decide at any time to create a hard fork off the open-source Bitcoin code. Cryptocurrencies like Bitcoin Cash, Bitcoin Gold, Bitcoin Satoshi’s Vision, and Bitcoin Diamond are all offshoots of the original Bitcoin blockchain.

The Problem with Hard Forks

Forking is never the ideal outcome for cryptocurrency. Let’s see below why:

Hard forks fracture the Bitcoin community. The flared up tensions, and hard-line stances do no good for the community and the cryptocurrency sphere as a whole.

New hard forks are susceptible to attacks. So far, the biggest public blockchain to succumb to a 51% attack is, you guessed it, a hard fork. This blockchain is Bitcoin gold, and the attack happened in May 2018. The attacker made away with roughly 388,000 BTG worth $17.8 million then.

Hard forking undercuts the economic aspect of cryptocurrencies. For instance, the Bitcoin hard forks are confusing to users and undermine Bitcoin’s principle of a capped supply.

Decred presents a vision and cryptocurrency that’s free of hard forks, especially ones that fracture the community. While a hard fork is possible on Decred, its voting protocol is designed so that users can democratically vote on changes before activation.

Let’s look at the various mechanisms that Decred employ that will help it realize fair, smooth, and efficient governance.

Decred’s voting system utilizes a hybrid of the two best-known consensus mechanisms: proof of work and proof of stake.

These are the basics of how these two interact:

With PoS, anyone who holds Decred tokens can participate in the staking system in this way:

The Decred system is also fair in that validators can participate in staking pools. As such, if a validator can’t make it to be part of the validation process, they can simply have their pool validate a block on their behalf.

So far, you can see that Decred gives the power of participation to both users and miners. Unlike the Bitcoin system, miners do not possess disproportionate power over the network. If, for instance, a miner decides to mine a malicious block i.e., a transaction unrelated to the chain, validators can simply decline to verify the block. As you know already, PoW takes a lot of computational power, and for that, miners have very little incentive to do something that won’t pass with the validators.

How Safe Is the PoW/PoS Hybrid?

Just HOW safe is the PoW/PoS hybrid mechanism? A crypto analyst named Zubair Zia made it his mission to test the security of Decred’s chain vs. Bitcoin’s or a PoW/PoS model vs. a pure PoW model. He wanted to see which chain would more easily succumb to a 51% attack.

He used BITMAIN’s Antminer s9i’s, which has a rate of 14 tera-hashes per second. His calculations demonstrated that it was 22 times as expensive to hit Decred as compared to Bitcoin as of June 2, 2018.

In short, the hybrid system is 22 times more secure than a purely PoW system.

Decred has also implemented the Lightning Network.  The Lightning Network (LN) is an off-chain technology that has been explored by multiple cryptocurrencies to improve scalability. LN helps to settle payments outside of the blockchain so as to reduce traffic and backlog on the main chain.

LN works by having two users set up a payment channel on the network and depositing an equal amount of funds. Any time one user wishes to transact, they simply send a promissory note to the other user indicating a change of the total sum in the shared channel.

Since transactions happen off the chain, users also pay fewer fees since there’s no queue. Transactions are also instant, and there’s even added privacy thanks to a Tor-like routing algorithm for transactions.

Thanks to a decision-making system called Politeia, Decred has managed to achieve decentralization more than any other existing cryptocurrency project.

Politeia is an ancient Greek word employed in Greek political writings, especially that of Plato and Aristotle. The term has many senses, from meaning “rights of citizens” to “form of government.”

Decred’s Politeia is designed to be the ultimate form of self-governance and community autonomy over a cryptocurrency project. Users can vote to accept or reject proposals, including budgets, software upgrades, marketing plans, constitutional amendments, and so on. When launching the system, project lead Jake Yocom-Piatt noted: “The direction of Decred now lies with the collective intelligence and creativity of its stakeholders.

We look forward to the exciting projects our community will propose.”

Where to Buy and Store DCR

You can purchase DCR from several exchanges, including Binance, Bittrex, Coinswitch, Changelly, Kucoin, Huobi, and so on by trading Bitcoin for it.

As for storage, the best wallet so far is the Decrediton wallet that’s available for Mac, Linux, Windows, and so on.

Decred has undoubtedly broken the mold, especially with its first of the kind governance system. Even though not as well-known as of yet, it’s one that has modeled cryptocurrency ideals better than perhaps the whole cryptocurrency pool right now.

The team behind it is also very well-regarded in the blockchain and crypto space, which is just the icing on the cake. With such a sound philosophy and a fantastic team, Decred is poised for success. But this will depend on the community. One can only hope it will mobilize for better and more exciting features for the platform before newer projects arrive and overtake the platform.