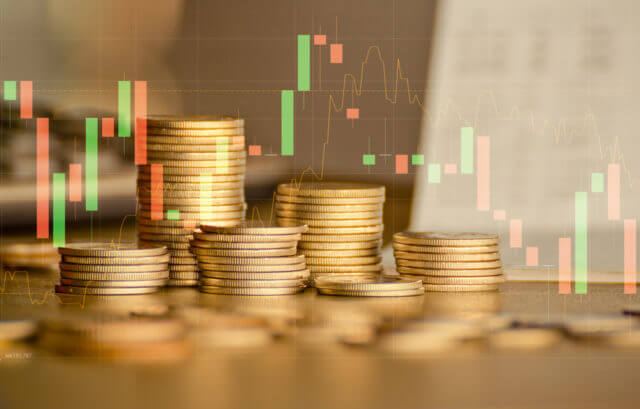 On Friday, the U.S. dollar index continues to weaken ahead of the U.S. NFP data, which is due in the New York session today. Lately, the Institute of Supply Management (ISM) released the Purchasing Manager Index (PMI) for Non-Manufacturing Goods as 51.6 against the expected 55.0 for September.

The data showed that it fell to a 3-Year low this month. The release of weak indices of the Manufacturing and Non-manufacturing sector this week indicates the slow growth of the economy in the U.S. Consequently, we are seeing less growth in the U.S. dollar today.

During the early Asian session, the EUR/USD currency pair hit the bullish track for the 4th consecutive day due to all-important United States Nonfarm Payroll data.

As of writing, the EUR/USD currency pair presently trading at 1.0978, hit the high level of 1.0984 and showing 0.13% gains on the day. The pair maintained its gains for the 4th consecutive session.

On the other hand, all traders are presently expecting more than 80% odds of the rate cut by the 25-basis-points at the Federal Reserve next meeting later this month. The expectations were 64% on Wednesday, and 40% were on Monday, and currently reached 80% so far.

At the U.S. Payroll front, the data is scheduled to release at 12:30 GMT an expected to show the economy added 145,000 jobs during the September after the 130,000 additions during the August. Besides this, the Average Hourly Earnings are found while increasing by 3.2% year on year, and the jobless rate is estimated to stay flat at 3.7%.

Whereas, the sluggish data will prop the dovish Federal Reserve expectations and pushing the greenback lower across the board.

As in consequences, probably the EUR/USD pair will come under pressure and possibly hit the low level of 1.09 if the data beats forecasted figures by a considerable margin.

Before Non-farm payrolls, the EUR/USD is consolidating in a narrow range. Investors await for NFP and trying to stay out of the market until the actual figure is out. The 50-hour moving average (M.A.) had a hit above the 200-hour M.A., confirming a golden crossover – a buyer market sign. Therefore, the pair seems set to maintain the continuous recovery rally from recent lows near 1.0880.

The USD/JPY closed at 106.910 after placing a low of 106.480 on Thursday. With no economic release from japan side, the movement of USD/JPY solely depended on U.S. dollars on Thursday. The weak ISM Non-Manufacturing PMI at 19:00 GMT indicated a slowdown in the economic activity of the United States by coming as 52.6 against 55.1 expected. This raised the concerns of the U.S. falling under recession after the continuous disappointing economic releases from the U.S. for three consecutive days.

On Wednesday U.S. Private sector showed that the hiring made by them in September was not satisfactorily affected by the trade disputes prevailing between U.S. & China.

Concerning trade disputes, on Wednesday, there was another announcement from Trump’s administration related to the Tariffs on European Goods.

With the increased chances of U.S. economic slowdown and a third rate cut by Federal Reserve in upcoming policy meeting, the U.S. Dollar faced pressure for 3rd consecutive day and has made USD/JPY to move in Bearish Trend.

Other economic releases from the United States on Thursday were, the Unemployment Claims at 17:30 GMT, came as 219K against 215K expected, weighed the U.S. Dollar. At 18:45 GMT, the Final Services PMI came as expected 50.9. The Factory Orders came in favor of U.S. Dollar as -0.1% against -0.5% expected.

The USD/JPY continues to trade bearish after violating the bullish channel on the 240 mins chart. The USD/JPY is now holding below 50 periods EMA, which is suggesting bearish bias among traders.

The GBP/USD currency pair hit the high level of 1.2350 and maintains the recovery rally, as worries about the U.S. fundamentals weighing over the Brexit news.

The US ISM Non-Manufacturing Purchasing Managers Index PMI is entering the previous manufacturing level from the same surveyor. Besides, the increased level of uncertainty coming from the survey has extended pullback in the greenback from the 2-year highs.

On the other hand, the GBP/USD pair trades started the day with headlines concerning the European Union. The EU has given 7-days more to the United Kingdom Prime Minister Boris Johnson to announce a better offer. The Tory leader could increase the support of thirty-labour rebels that supports the Breit deal.

Later in the day, investors will keep their eyes on the September month employment data, namely Nonfarm Payrolls (NFP), Unemployment Rate, and Average Hourly Earnings. After the news report, the eyes will remain on the U.S. Federal Reserve Chairman Jerome Powell’s speech at the “Federal Reserve the meeting.