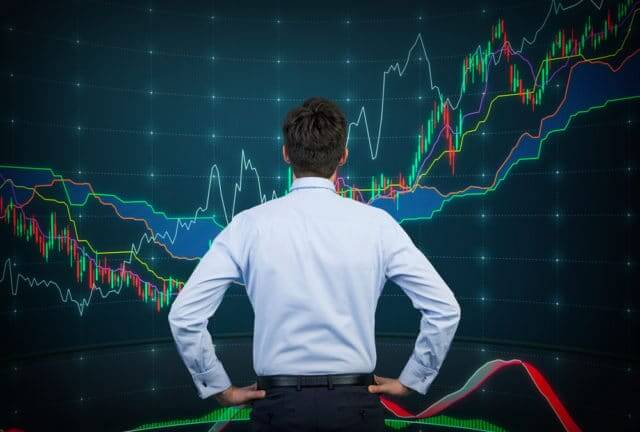 The US greenback has stretched back a little versus the Japanese yen, as risk-off sentiment dominated the market. That being said, this market is highly sensitive to risk appetite, so with the multitude of problems that the global economy has right now/ Friday is a calm day ahead of the data aspect. There are no economic figures due from the United Kingdom to give the Sterling with direction.

A day before, the EUR/USD currency pair traded on the bearish track as on the way a stable support level of 1.0990 was there to stop its movement. As we know, the German Q3 GDP showed the Eurozone’s largest member miss entering Techincal slowdown but overall look still darker.

As of writing, the EUR/USD currency pair seen on the bearish track and losing almost 160 ticks during the last ten trading session. At the starting of the month, we observed the 200-day Moving Average as a robust range for the EUR/USD pair to hit, which it proved, and any support from the 50 and 20-day Moving Average proved short-lived.

The EUR/USD continues to trade lower, maintaining a bearish bias after violating the support level of 1.1000. On the 4 hour timeframe, the EUR/USD has inside down candlestick pattern, which is signaling chances of further sell-off in the market.

For the moment, the EUR/USD is holding above a crucial trading level of 1.0990 as below this; the pair can continue falling until 1.0960. So consider staying bearish below 1.0990 level today.

Friday is a calm day ahead of the data aspect. There are no economic figures due from the United Kingdom to give the Sterling with direction. The shortage of fundamentals leaves the Pound firmly in support of UK politics and the general voting opinion polls. At the moment, the Pound was down by 0.02% to $1.2879.

The GBP/USD was range-bound since Monday, in what has been a dull week, but the Cable showed a dramatic surge to 1.2880 level. The pair is still finding support around 1.2870, and below this, the GBP/USD can drop until 1.2860 level. On the higher side, we see resistance at 1.2925, which is defending the symbolic level of 1.3000.

The GBP/USD has come out of a broad trading range of 1.2970 – 1.2780 to trade at 1.2870 level. The MACD and RSI are holding in an overbought zone as their values stay at 0 and 50, respectively. With this, the odds of bearish correction are becoming very strong.

At the time, the GBP/USD trades at 1.2880 level, and it may find support immediate support around 1.2870. I will consider taking buying positions above 1.2875 and bearish positions if this level breaks on the lower side.

The US greenback has dropped a bit versus the Japanese yen, tearing through the 200 day EMA but has a vital sum of support just below as well. I think we maintain the very slovenly trading, as markets have multiple concerns to trade with at the same time.

The US greenback has stretched back a little versus the Japanese yen, as risk-off sentiment dominated the market. That being said, this market is highly sensitive to risk appetite, so with the multitude of problems that the global economy has right now, it’s not difficult to imagine a situation where the Japanese yen remains to be a market that traders jump in and out of.

The latest update on the global macro figures is presenting a not so definite hint of the pernicious influence the protracted US-China trade war is becoming on the global economy.

The USD/JPY is trading at 108.50, right below the 38.2% Fibonacci retracement level. This level also marks double bottom support and may keep the USD/JPY pair supported today.

The violation of the 108.500 level can extend selling until 108.200. The MACD and RSI are also supporting the bearish trend in the USD/JPY pair.