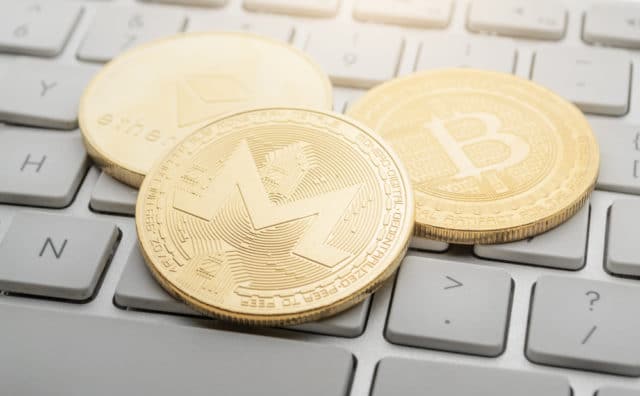 Of the top100 cryptocurrencies by market cap, the biggest gainer is Verge, with 26.34% daily gain. The biggest loser of the day was Icon, which lost 7.83% of its value.

Bitcoin’s dominance remained at the same place from the last time we checked the markets. Its dominance now sits at 65.79%. 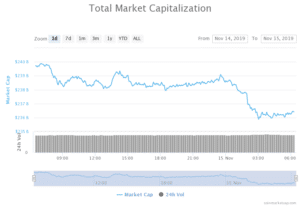 The cryptocurrency market as a whole now has a market capitalization of $236.4 billion, which represents a decrease of $3.3 billion from yesterday’s value.

Bitcoin’s price went under a key support level in the past 24 hours. It passed $8,640 to the downside and is now trading at around $8,550 levels. This is a really bad price to be at as threr are no clear-set support lines that the price can anchor to.

Bitcoin’s volume is still extremely low, with RSI touching the oversold territory for a brief moment.

Ethereum also broke the range it was trading at. Its price was contained within a range between the resistance line of $193.5 and a support line of $185, but the most recent move to the downside broke the $185 support line. The next possible support key level is $178.6.

The key levels remain the same, but the support key level of $185 now became key resistance.

XRP did not have a good day either. Its price also broke a key support level. The major support level of $0.266 was broken to the downside, and XRP is now trading just under it. XRP’s price is currently hovering at around $0.264. XRP is currently creating a doji candle at the $0.264 level which might signal that bulls are coming in for the rescue.

XRP’s volume has dropped when compared to yesterday’s volume, while its RSI touched the oversold territory.