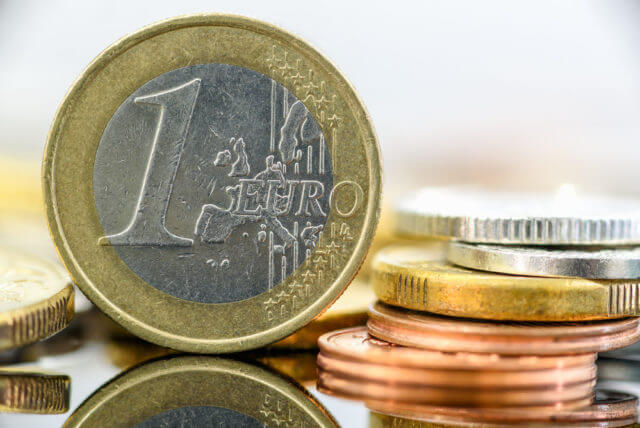 On Wednesday, the U.S. dollar index is mostly unchanged, trading at 97.936 in early Asian trade, following a surge of 0.37% the previous day. The headlines came that the United States and China are still on the doubtfull track and so far from reaching even a phase one deal, whereas increasing uncertainty in the trade is China’s intact support for Hong Kong’s hard stand against protestors.

Today, the focus of traders stays on the series of services PMI figures from the Eurozone.

The EUR/USD currency pair found on the bearish track for the last two days. As of writing, the currency pair is currently trading at 1.1073; the neckline supports double top pattern on the daily chart.

The German data is scheduled to release at 06:00 GMT and expected to show factory orders, a vital impulse for Europe’s largest economy, which dropped for the 3rd consecutive month during September.

Moreover, IHS Markit’s Purchasing Managers’ Index (PMI) for Germany dropped to 41.7 during September to register the weakest figures since 2009 and 8-straight monthly drop in output. The PMI was at 43.5 in August. A number below 50 indicates contraction.

As we all well aware, the EUR/USD currency pair is already trading on the slippery ground and having charted a bearish trend over the last two days. Therefore, the unexpected weaker factory orders data could allow a possible break below 1.1073.

On the positive note, the EUR currency will likely take buying if the critical data will release better than expected. However, the technical outlook would become bullish above 1.1180.

The direct currency pair EUR/USD exhibited a dramatic selling from 1.1120 to 1.1065 area. Today this level is likely to extend support to the EUR/USD pair. New candles are Doji, which are followed by a strong bearish candle. This suggests that sellers are exhausted, and we may see buying behavior in the market. Consider taking buying positions above 1.1065 today.

The GBP/USD currency pair hit the bearish track despite increasing hopes for the Tory leader to win the snap election. Notably, probably the reason behind the bearish trend of cable pair is uncertainty surrounding the United States, and China trade deal keeps the U.S. Dollar strength intact. As of writing, the GBP/USD currency pair currently trading at 1.2880 on the day.

The headlines came that the United States and China are still on the doubtfull track and so far from reaching even a phase one deal, whereas increasing uncertainty in the trade is China’s intact support for Hong Kong’s hard stand against protestors.

As of data, the preliminary figures of the United States Nonfarm Productivity and Unit Labour Coast for the 3rd quarter will be under the focus after the JOLTS Job Openings Challenged the U.S. employment optimism on Tuesday.

The USD/JPY Currency Pair currently trading at 109.04; the pairs hit the low of 109.00 despite the weak macro data. During the Tokyo session, the USD/JPY currency pair was trading near the 109.13 even after the BOJ minutes keeping easy money policy on the cards.

The final Jibun Bank Japan Services Purchasing Managers’ Index (PMI) is seen at 49.7 in October from 52.8 in September on a seasonally-adjusted basis. The below-50 figures are the first since September 2016.

Despite the weak data approved by the Bank of Japan easing policy, the pair found at 109.20 and has slipped back to near 109.00, mainly due to the drop in the S&P 500 futures. As of writing, the index futures are representing the 0.15% decline.

Moreover, the USD/JPY currency pair may continue taking hints from the movement in the equities and Treasury yields. As of now, the ten-year yield is trading at 1.84%, representing two-basis-points declines from the session high of 1.86%.

Looking forward, traders will keep their eyes on Japan’s Jibun Bank Services Purchasing Managers Index (PMI) data for October. In contrast, few other Federal Reserve policymakers will carefully observe for additional direction during the latter part of the day. Market estimates suggest a soft PMI figure of 50.3 against 52.8 prior.

The USD/JPY traded bullish, placing a high around 109.200 level. As per the recent technical analysis of the pair, the USD/JPY is facing resistance around 109.20. Below this level, we can expect a continuation of the selling trend until 108.900 and 108.650.

Besides, the MACD and Stochastics are holding in the overbought range, suggesting chances of a bearish trend in the USD/JPY. Consider taking sell positions below 109 today as the immediate target stays at 108.650.