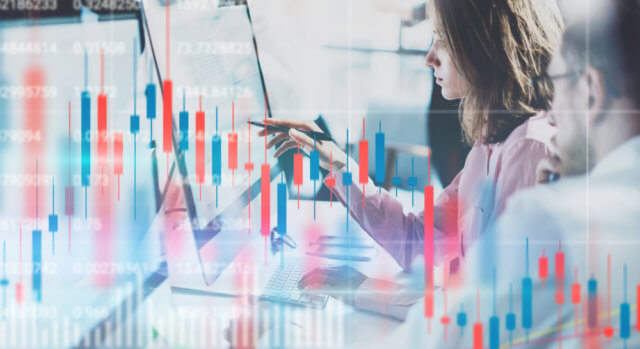 The AUD/USD currency pair seen unchanged and consolidates in the narrow trading range between the 0.6875 – 0.6878. The currency pair remains depressed despite the fresh optimism over the Sino-US trade deal. As of writing, the Aussie currency pair is currently trading at 0.6875.

The AUD/USD currency pair picked up a buying near 0.6775 following the consumer spending data, which represented a rise in retail sales by 8% year-on-year during November, crossing the forecasted growth of 7.6% by a big range.

Industrial production rose 6.2% compared to an expected rise of 5%, marking an improvement from October’s 4.7%. Moreover, the People’s Bank of China has injected 300 billion Yuan into the system via a one-year medium-term lending facility.

The AUD/USD currency pair did not succeed to gain on its early positive move and saw a dramatic intraday turnaround on Friday. Moreover, the uncertainty regarding the US President Donald Trump’s decision to cancel the December 15 tariff-hike on Chinese imports weighed heavily on the China-proxy Australian dollar, causing a drop in AUD/USD pair around 75 pips from an intraday high level of 0.6938 the highest since July 26.

The bullish sentiment remains weak, possibly due to the reports that Beijing is planning to lower its 2020 gross domestic product target to 6% from the current year’s 6.5%.

Looking forward, the worries of a deeper recession in China in 2020 will likely continue to overshadow the phase one US-China trade deal and send the AUD lower.

The AUD/USD pair is hanging around 0.6900, trading mostly bullish despite staying in the overbought zone. The traded higher further above the 0.6865 mark, the 61.8% Fibo retracement level of its November slide. In the 4-hour chart, the 20 SMA has hastened north over the bigger ones, all of them under the current mark. In contrast, the technical indicators lead to the north in overbought territory, without indications of bullish exhaustion. The rally is set to remain on a break over 0.6930, the next resistance.

The GBP/USD currency pair still found on the bullish track and remain supportive mainly due to the United Kingdom Prime Minister Boris Johnson win who promised to leave the European Union (EU) swiftly before January 31, 2020.

Prime Minister Johnson will welcome 109 new Conservative lawmakers to parliament and will repeat his promise to increase funding to the state health service on the day.

Moreover, the GBP/USD currency pair is also supported by the increased expectations of an improvement in the UK’s manufacturing sector activity, as the Markit Preliminary Manufacturing PMI for December is seen arriving at 49.4 against. 48.9 previous. The country’s Services PMI is expected to reach at 49.6 against. 49.3 last.

At the greenback front, markets still unexcited despite the details of the US-China Phase One trade deal. The US dollar index now tests the 97 handles, retreating from Friday’s highs of 97.24.

The GBP currency buyers will keep up the buying because the UK looks to clear the Brexit departure Agreement in the parliament before Christmas. In contrast, the Bank of England (BOE) may signal a willingness to change course on the monetary policy, with the United Kingdom election out of the way.

The GBP/USD is presently consolidating around at1.3457, placing around 19-month high to 1.3515 during the US session yesterday. The UK election exit polls foretelling a big win for the incumbent Prime Minister Boris Johnson.

The GBP/USD pair’s 14-day relative strength index (RSI) is now floating around 80.47. I must say it’s the highest mark since January 2018. An above 70-reading shows overbought situations. Consider capturing retracement below

The USD/JPY currency pair hit the bullish track and representing some moderate gains mainly due to fresh trade optimism between the United States and China. As of writing, the currency pair is currently trading at 109.38 and consolidates in the range of 109.31 – 109.44.

Notably, the currency pair had some good 2-way price moves on Friday and was impressed by the full market risk-on sentiment, which turned out to be one of the major reasons that affected the Japanese yen’s as a perceived safe-haven status.

However, the USD/JPY pair quickly reversed an early decline to sub-109.00 levels and recovered to multi-month highs in the wake of optimism of UK Parliamentary elections.

However, the bullish momentum failed near the 109.70 regions after the disappointing release of the United States’ monthly retail sales data, which kept the greenback buyers on the defensive.]The uncertainty regarding the United States President Donald Trump’s decision to cancel the December 15 tariff-hike on Chinese imports further helped to the pair’s intraday pullback of around 35-40 pips.

It should be noted that the USD/JPY currency pair finally closed unchanged for the day but succeeded in recovering some positive traction. That might have been due to the United States Trade Representative Robert Lighthizer’s comments on Sunday, saying that the phase-one Sino-US trade deal is done. Under the agreement, China said it would increase agricultural purchases due to the US’ decision not to attempt a new round of tariffs.

On the higher side, the bullish breakout of USD/JPY can lead the Japanese pair towards 110.300. The MACD and RSI are in support of the bullish trend.