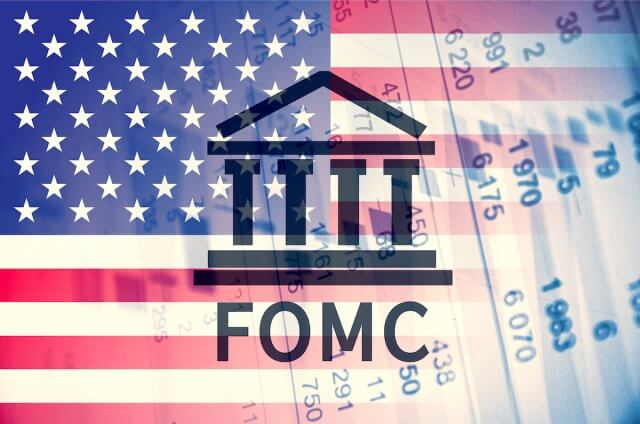 On the news front, the eyes will remain on the FOMC Statement and Federal Funds Rate, which is not expected to show a rate change but will help us understand U.S. economic situation and policymakers’ stance on it. Besides, the Inflation reports from the U.K. and Eurozone are also likely to drive some price action during the European session today.

The EUR/USD pair closed at 1.18461 after placing a high of 1.19003 and a low of 1.18393. Overall the movement of the EUR/USD pair remained bearish throughout the day. After rising for four consecutive days, the EUR/USD pair fell on Tuesday amid renewed safe-haven appeal for the U.S. dollar despite the strong Eurozone data. The EUR/USD turned negative for the day as the greenback managed to trim losses versus Euro as the latest statement from WTO weighed down the risk sentiment.

On Tuesday, the World Trade Organization ruled that the U.S. tariffs imposed on Chinese goods in 2018 that led to trade war were inconsistent with international trade rules. The WTO said that the U.S. did not provide evidence that its claims of China’s unfair technology theft and state aid justified the border taxes.

On the data front, at 11:45 GMT, the French Final CPI in August remained flat with the expectations of -0.1%. At 14:00 GMT, the ZEW Economic Sentiment for Eurozone rose in September to 73.9 from the forecasted 63.0 and Euro. The German ZEW Economic Sentiment in September also rose to 77.4 from the forecasted 69.7 and supported the single currency. These positive reports from Eurozone gave the Euro strength and capped further losses in EUR/USD pair.

On Tuesday, the U.S. Dollar Index (DXY) erased its previous losses and rose to 93.00 and was up by 0.6% on Tuesday. On the other hand, the Euro was weak against the U.S. dollar; hence, the pair EUR/USD came under pressure. Another factor involved in the sudden fall of EUR/USD pair prices was the World Health Organization’s latest warning. The WHO warned on Monday that Europe would face a rising death toll from the coronavirus during the autumn months as the number of daily infections worldwide reached a high record. This raised the fears and weighed on risk sentiment that dragged the EUR/USD pair on the downside.

The GBP/USD pair was closed at 1.28885 after placing a high of 1.29262 and a low of 1.28145. Overall the movement of the GBP/USD pair remained bullish throughout the day. The GBP/USD pair on Tuesday rose and extended its previous day’s bullish track on the back of positive macroeconomic data from the U.K. despite the strong rebound of the U.S. dollar in the market. However, the gains were limited as the issue of the internal market bill was still intact.

The GBP/USD pair rose on the strong U.K. jobs data on Tuesday when at 11:00 GMT, the Claimant Count Change from the U.K. dropped in August to 73.7K from the forecasted 99.5K and supported a single currency, the British Pound.

The Average earning Index for the quarter came in as -1.0% against the forecasted -1.3% and supported the British Pound that helped GBP/USD to gain traction. The Unemployment Rate in July remained flat with expectations of 4.1%.

The strong jobs report from the U.K. gave strength to the local currency Sterling and helped the pair rise for the second consecutive day.

Meanwhile, the U.S. dollar was also strong on the board after the WTO ruled the U.S. tariffs as illegal on Chinese goods imposed in 2018 and triggered the US-China trade war. The U.S. dollar’s safe-haven status supported the greenback and the capped further gains in GBP/USD pair on Tuesday.

Furthermore, the concerns related to the availability of coronavirus testing in the country have been raised as the hospital staff has warned about the situation. However, Prime Minister Boris Johnson has unveiled an “Operation Moonshot” that aimed to test 10 million people every day for the coronavirus and restore life to normal by winter.

The U.K. also struggled to impose the latest “rule of six” limit on social gathering as the crime minister urged neighbors to report for any suspected breach of the new rule. This comes after the U.K.’s reproduction or R number escalated between 1 and 1.2 for the first time since March. These ongoing virus updates also capped further upside momentum in GBP/USD pairs.

However, on the Brexit front, the main sticking point, for the time being, was that whether the U.K. will go back on its word over the custom territory in Northern Ireland. The Internal Market bill is undervotes through the House of Commons and the House of Lords. It is not clear whether the bill will pass, but it will break the international law if it does. A deal between the E.U. and the U.K. will still be possible, but it would represent a lack of trust and could impact the future relationship of E.U. & U.K.

The USD/JPY pair came under fresh pressure after the latest comments from WTO and WHO on Tuesday. China’s upbeat data also boosted risk sentiment, but the market traders ignored it, and the pair USD/JPY continued its downward movement. On Tuesday, the World Trade Organization ruled that the tariffs imposed in 2018 on Chinese goods by the United States were inconsistent with the international rules. This raised the uncertainty and safe-haven appeal, and the Japanese Yen gained traction that ultimately weighed on the USD/JPY pair.

The top American trade Ambassador, Robert Lighthizer, said that the U.S. must be allowed to defend itself against unfair trade practices and that WTO was inadequate with its task to confront China. Whereas, Chinese officials cheered the ruling by WTO.

On the other hand, on Monday, the World Health Organization warned that Europe would see a rise in the daily number of COVID-19 deaths in October and November as the rising number of coronavirus cases worldwide was not slowing down. This also weighed on risk sentiment, and the Japanese Yen gained traction that led to downward momentum in the USD/JPY pair.

Meanwhile, the Chinese Industrial Production and Retail Sales for the year advanced in August and supported the hopes of economic recovery. This supported the risk sentiment and capped further losses in the USD/JPY pair on Tuesday.

At 18:15 GMT, the Capacity Utilization Rate from the U.S. in August dropped to 71.4% from the forecasted 71.7% and weighed on the U.S. dollar and supported the downward momentum of the USD/JPY pair. The Industrial Production in July also dropped to 0.4% from the forecasted 1.2% and the previous 3.5% and weighed heavily on the U.S. dollar that supported the losses of the USD/JPY pair on Tuesday.

Furthermore, the FOMC meeting for September has started on Tuesday, and it will be concluded on Wednesday with the speech of Jerome Powell, the chairman of the Federal Reserve. The market participants are waiting for his speech to find fresh clues about the economic condition and further monetary policy decisions by the U.S. government. Hence, the local currency remained under pressure ahead of it and kept weighing the USD/JPY currency pair. In July, industrial production also dropped to 0.4% from the forecasted 1.2% and the previous 3.5% and weighed heavily on the U.S. dollar that supported the losses of the USD/JPY pair on Tuesday.

Furthermore, the FOMC meeting for September has started on Tuesday, and it will be concluded on Wednesday with the speech of Jerome Powell, the chairman of the Federal Reserve. The market participants are waiting for his speech to find fresh clues about the economic condition and further monetary policy decisions by the U.S. government. Hence, the local currency remained under pressure ahead of it and kept weighing the USD/JPY currency pair.

On Wednesday, the USD/JPY currency pair continues to drop to test the

the double bottom support area of 105.250 level. Recently on the 4-hour timeframe, the USD/JPY pair is forming a bullish engulfing candle that’s followed by the bearish candles, suggesting that sellers are exhausted, and the bulls enter the market now. The USD/JPY pair may bounce off over 105.250 level to complete the 38.2% Fibonacci retracement level at 105.545 and 61.8% Fibonacci level of 105.750 level. Later today, the U.S. Fed Fund Rate will remain in the highlights. Therefore, we should be cautious with the trades that we open, and in fact, we should try to close them ahead of the news release. Good luck!