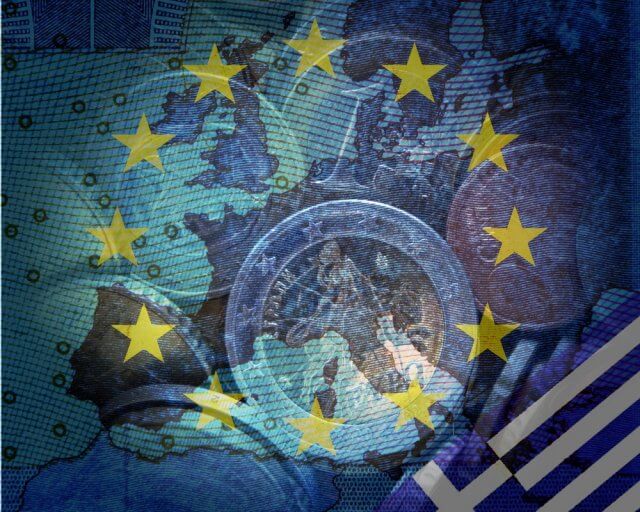 On Tuesday, the economic calendar offers low impact economic events that may not drive any solid movement in the market. However, the eyes will remain on the German Trade Balance, French Trade Balance, and Revised GDP figures from the Eurozone. EUR currency pairs can show some price action during the day today.

The EUR/USD pair was closed at 1.18120 after placing a high of 1.18485 and a low of 1.18114. The EUR/USD pair dropped on Monday and extended its previous day’s losses due to decreased risk appetite and negative industrial production data from Germany. However, the change in prices was little as the U.S. financial markets were closed for the Labor Day Holiday.

The U.S. Dollar was steady on Monday with a little change in U.S. Dollar Index at 92.895 level. However, the greenback sentiment remained weak after the dovish comments from Jerome Powell on Friday that interest rates will remain lower for longer. The dollar was also steady because of the slow growth in the job sector was reported in August.

On Friday, the U.S. Department of Labor showed slow growth and increased permanent job losses as the government funding was running out. It has raised doubts about the sustainability of the economic recovery. On the Euro front, traders’ focus has shifted to the European Central Bank’s meeting on Thursday this week. As it is expected, ECB will not change policy stance, but the focus will solely remain on the message the ECB will deliver on its inflation forecasts.

The local currency Euro marked a 2-year high at the beginning of the month, and after that, the European Central Bank meeting will hold more importance. Because officials were concerned about the higher Euro prices, it would impact the exports and prices.

On the data front, at 11:00 GMT, the German Industrial Production in July decreased to 1.2% from the expected 4.5% and weighed on the local currency Euro. At 13:30 GMT, the Sentix Investor Confidence for September came in as -8.0 against the expected -11.4 and supported single currency Euro. The decreased German Industrial Production raised concerns over the economic growth and weighed on the Euro that dragged the currency pair EUR/USD on the downside.

The EUR/USD pair was down on Monday because of the European Union’s rising coronavirus cases. On Monday, Spain became the first European country to surpass 500,000 coronavirus cases after the second surge in infections caused after schools were reopened. On Tuesday, the Trade Balance from Germany and France and the Retail Sales data from Italy will be under traders’ focus for finding fresh impetus.

The EUR/USD is trading with a selling bias around 1.1801 level, heading lower towards the next support area of 1.1780 level. On the 4 hour timeframe, the EUR/USD may find support at 1.1780, the triple bottom level, which is extended by an upward trendline. Below this, the next support is likely to be found around the 1.1725 level.

The GBP/USD failed to stop its previous session losing streak and took further offer below the 1.3150 level while represented 0.96% losses on the day mainly due broad-based U.S. dollar on-going strength, supported by the combination of factors. On the other hand, the reason behind the currency pair declines could also be associated with the rising fears of a no-deal Brexit, which joined the on-going pessimism around the Cable and contributed to the currency pair losses. At this time, the GBP/USD currency pair is trading at 1.3155 and consolidating in the range between 1.3145 – 1.3267.

The GBP currency took a hit on the 1st-day of the week manly after the British Prime Minister Boris Johnson set October 15 as the deadline for a Brexit trade agreement with the European Union, which eventually bolstered the risk of a messy end to the Brexit transition period on December 31. As per the keywords, “U.K. will be ready to trade with the E.U. on Australia type terms if no deal agreed.” He further added, “If no deal reached by October 15 with the E.U., both sides should accept this and move on. Also, fuel the fears could be the reports that the U.K.

However, the Brexit fears played a major role in weakening the market trading sentiment as the U.S. is on the labor day holiday. Across the pond, the intensifying tensions between the U.S. and China also added a burden around the market trading sentiment. After the U.S. punished Chinese technologies and diplomats by imposing several sanctions, China’s Foreign Ministry urged the U.S. to stop abusing private companies. As per the keywords of China’s Foreign Ministry, “Without evidence, the U.S. has abused national power to take measures on Chinese companies.” This ultimately exerted downside pressure on the trading sentiment and contribute to the currency pair losses.

As in result, the broad-based U.S. dollar flashed green and took the safe-haven bids on the day amid market risk-off sentiment. However, the U.S. dollar gains could also be associated with the upbeat U.S. labor market report, which showed a decline in the unemployment rate and a rise in U.S. Treasury yields. Thus, the gains in the U.S. dollar kept the currency pair under pressure. Whereas, the U.S. Dollar Index that tracks the greenback against a basket of other currencies rose by 0.18% to 92.882 by 12:05 AM ET (5:05 AM GMT).

The GBP/USD is trading with a selling bias at 1.3125 level, set to test the support level of 1.3120 level. The Cable is trading within a downward channel, which may extend support at 1.3120 level along with resistance at 1.3186. On the downside, the GBP/USD pair may find support at 1.3051 level upon the violation of the 1.3125 level. The MACD is also supporting selling bias; therefore, we will be looking for selling trades below the 1.3165 level.

The USD/JPY pair was closed at 106.227 after forming a high of 106.503 and 106.055. Overall the movement of the USD/JPY pair remained bullish throughout the day. The pair USD/JPY moved in the upward direction and posted gains on Monday. The currency pair extended its bullish streak for the 5th consecutive day despite the sow job growth in the U.S. and increasing US-China tensions.

The tensions between U.S. & China further escalated on Monday after the U.S. administration of President Donald Trump announced a ban on the usage of products made from cotton from China’s Xinjiang region. The ban was imposed against the human rights violation in Xinjiang over the forced labor on Muslim minorities.

China’s response to such a ban is yet to come, but it is expected that the latest ban would only increase the lingering tensions between both nations. These conditions helped fade the market risk sentiment and capped on additional gains in the USD/JPY pair on Monday. The greenback gathered strength against its rivals on the back of upbeat macroeconomic data released in the previous week. But the pair’s upside momentum was limited after a sharp decline in the major equity indexes in the U.S. that helped the JPY to find demand as safe-haven.

On the data front, at 10:00 GMT, the leading indicators in July rose to 86.9% compared to June’s 83.8%; it failed to impact USD/JPY’s pair prices as it came in line with the forecast. However, traders’ focus has now shifted towards the second quarter Gross Domestic Product (GDP) and Trade Balance data from Japan that will be released on Tuesday. Markets expect the Japanese economy to contract by 8.1% every quarter. Any better than expected reading would give strength to the Asian stock markets and hurt the Japanese Yen that will add further gains in USD/JPY pair.

According to Johns Hopkins University data on the coronavirus front, the total number of coronavirus cases reached 27 million on Monday. These fears kept the risk sentiment under pressure and weighed on the USD/JPY pair’s gains.

However, the risk sentiment was favored by the latest comments from Steven Mnuchin on Sunday. He said that the new stimulus measures’ details would be delivered by the end of this week. He reiterated that the new bill would provide funds to the federal government through the start of December.

The White House and Congress agreed on the same terms to extend the funding, as confirmed by Nancy Pelosi and Steven Mnuchin. The announcement came to avoid the economic shutdown as the current funding was near to expire at the end of this month. These positive comments from Mnuchin raised the risk sentiment and weighed on the Japanese Yen and pushed the USD/JPY pair higher.