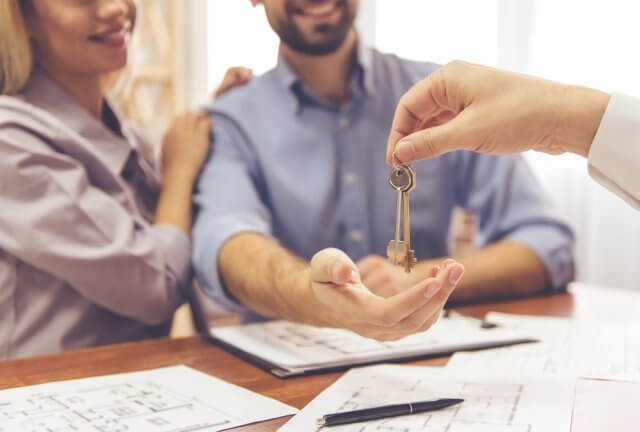 On Monday, the market is likely to exhibit thin trading volume and volatility in the wake of the Labor day holiday in New Zealand, while the other economies are expecting to release low impact events that may keep the market unchanged. Most of the focus will stay on the U.S. New Home Sales data that may help drive some market volatility today.

The EUR/USD pair was closed at 1.18562 after placing a high of 1.18646 and a low of 1.17865. The movement of the EUR/USD pair was bullish on Friday. Things in European nations were getting out of control and led the governments to impose further restrictions to curb coronavirus’s effect on the economy. France, Italy, and Spain reported a record rise in the daily infection cases that urged their governments to impose curfews and lockdowns.

However, the single currency managed to remain bullish on Friday despite the rising number of coronavirus cases in Europe as the focus of traders shifted more towards the U.S. dollar. The coronavirus condition in the U.S. was also not better as the country reported a record-high number of 82,668 cases in a single day and weighed on the U.S. dollar that ultimately supported the bullish trend of the EUR/USD pair on Friday.

From the U.S. side, at 18:45 GMT, the Flash Manufacturing PMI came in line with the expectations of 53.5 for October. The Flash Services PMI from the U.S. for October advanced to 56.0 from the projected 54.7 and supported the U.S. dollar that ultimately capped further gains in EUR/USD pair.

Another factor that kept the additional gains in EUR/USD pair supported was the improved risk sentiment as President Donald Trump and Democratic Joe Biden took part in the final debate of the presidential election campaign in Nashville, Tennessee. The final debate was far more civilized than the previous one, and it potentially led to an additional tightening in the polls that raised the risk sentiment in the market and supported the EUR/USD pair.

The EUR/USD is trading with a slightly bearish bias at the 1.1836 level, holding mostly below an immediate resistance level of 1.1865 area. Closing of candles below the 1.1866 level may drive selling bias until the 1.1811 level that marks 38.2% Fibonacci retracement level. Continuation of a selling bias may lead the EUR/USD pair further lower until 1.1770, the 50% Fibo level. Conversely, the bullish breakout of the 1.1866 area can open further room for buying until the 1.1910 level today.

Wall Street’s equity prices went lower on Friday and raised the greenback on board that ultimately dragged GBP/USD pair on the downside. The Dow Jones was down by 0.10%, and NASDAQ was down by 0.18%. The expectations for a new round of fiscal stimulus by the U.S. government before elections faded away and supported the U.S. dollar that ultimately weighed on GBP/USD pair.

Meanwhile, the Chief EU Brexit negotiator Michel Barnier will provide his weekly assessment of the talks and could point to a lack of meaningful progress despite intensifying talks. The British Brexit negotiator, David Frost, could also do that, and these concerns kept the British Pound under pressure at the ending day of the week.

However, the cautious optimism was prevailing in the market as the E.U. and U.K. had resumed talks related to the Brexit deal. The French President has said to the local fishing industry to brace for an impact that indicated a close deal. Whereas the investors were still cautious as talks could be bent on either side, British Pound remained under pressure ahead of the talks’ results. Moreover, the rising number of coronavirus cases in the United Kingdom pressured the authorities to impose a new full lockdown; however, some were refusing to do so as it had already cost the economy too much. These tensions in the local country also kept the British Pound under pressure.

On the data front, at 04:01 GMT, the GfK Consumer Confidence from Great Britain dropped to -31 against the expected -28and weighed on British Pound and added losses in GBP/USD pair. At 13:30 GMT, the Flash Manufacturing PMI for October remained flat with the anticipated 53.3, and the Flash Services PMI dropped to 52.3 against the projected 53.4 and weighed on British Pound and pulled the pair GBP/USD even lower.

From the U.S. side, at 18:45 GMT, the Flash Manufacturing PMI came in line with the anticipations of 53.5 for October. The Flash Services PMI from the U.S. for October raised to 56.0 from the expected 54.7 and supported the U.S. dollar that ultimately dragged the GBP/USD pair on the downside on Friday.

The GBP/USD traded with a selling bias below an immediate resistance area of 1.3075. Below this, the cable has closed a bearish engulfing candle that may drive selling bias until 1.3013 level. Violation of 1.3013 level can open further room for selling until 1.2965 area, the level that’s extending support due to upward trendline on the 4-hour timeframe. The MACD and RSI are in support of selling bias today. Consider opening sell trades below the 1.3075 level today.

The USD/JPY pair was closed at 104.695 after placing a high of 104.934 and a low of 104.545. The USD/JPY pair moved in a bearish trend throughout Friday. The USD/JPY pair fell on Friday after the final presidential debate between U.S. President Donald Trump and Joe Biden before the November 3rd election.

The Final debate between two presidential candidates took place in Nashville, Tennessee. This final debate was more restrained than the first one. The center of the discussion was on policy rather than a personal attack.

It looked like investors were closing their long positions ahead of the elections and were hesitant to place any big position ahead of November 3 as polls before the final debate turned, so it became difficult to project the outcome of elections.

Investors were also keeping a close eye on the negotiations between House of Representative Speaker Nancy Pelosi and the U.S. Treasury Secretary Steven Mnuchin over the next round of U.S. stimulus package. Pelosi has expressed optimism that a consensus could be reached. In contrast, the expectations that a U.S. stimulus package could be delivered before elections faded away as the date of the election has come closer.

These hopes that a stimulus relief bill could not be delivered ahead of elections, whether both parties agreed on the package’s size as the election was only a week away, supported the U.S. dollar and capped further losses in the USD/JPY pair on Friday.

On the data front, at 04:30 GMT, the National Core CPI from Japan for the year came in as -0.3% against the forecasted -0.4% and supported the Japanese Yen that added in the USD/JPY’s losses. At 05:30 GMT, the Flash Manufacturing PMI dropped to 48.0 from the projected 48.4 and weighed on the Japanese Yen.

The oversold USD/JPY pair is taking a bullish turn now, perhaps to complete Fibonacci retracement at 104.900 level. This level is extended by a 38.2% Fibonacci retracement level, and it may extend resistance to the USD/JPY pair today. Continuation of a bullish bias over the 104.900 level can lead the USD/JPY pair further higher until the 105.225 level. The MACD and RSI are also supporting bullish bis in the USD/JPY pair today. However, the pair seems to have formed a bearish flag on the 4-hour timeframe that typically breakout on the lower side; if that happens, we may see USD/JPY price dropping until the 104.350 mark. Good luck!