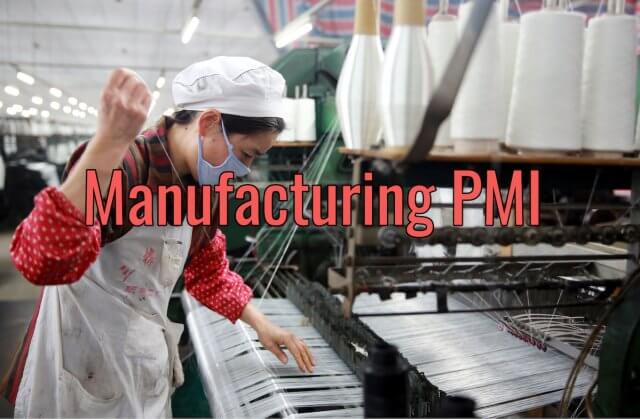 On the news front, the eyes will be on the series of low impact economic events from Europe and the U.S., but they are hardly likely to drive any major price action today. We should be focusing on the technical side of the market.

The EUR/USD pair closed at 1.17756 after placing a high of 1.19085 and a low of 1.17613. Overall the movement of the EUR/USD pair remained bearish throughout the day. The EUR/USD pair rose above 1.1900 level on Friday, highest since September 2018, after progress in a new European stimulus package. However, the upward rally was reversed after the oversold condition, and profit-taking helped the U.S. dollar recover some ground.

The Euro has enjoyed 11% jump against the U.S. dollar since ay benefiting from the U.S. currency’s weakness and Europe’s decisive joint stimulus package to combat the coronavirus. EUR/USD pair ended July with its best monthly performance in a decade.

Euro hit 1.1900 level on Friday, and on May 18, the day just before the game-changing E.U. Stimulus plan was proposed, it was traded at 1.0800 level. The gains were also because of the more successful pandemic response by the European Union than the United States.

On the other hand, the U.S. dollar was a little strong because its oversold condition was priced at the month-end, and traders took profits out of it. On the data front, the U.S.’s economic docket remained depressive and mixed that made traders confused.

The improved confidence in the bloc’s prospects due to its handling of pandemic and issuance of the massive E.U. stimulus package has limited the negative effects of euro strength. Some analysts believe that the Euro will attract “significant” safe-haven flows in the coming months. The Euro has become a stronger currency recently due to fundamental improvement in the structure of Europe. Politically and financially. However, the fall in EUR/USD pair on Friday was all because of profit-taking and correction.

After posting gains for ten consecutive days, the GBP/USD pair declined for the first time in 10 days on Friday. The pair rose above 1.31700 level, the highest since March 2020, at the ending day of the month. However, the pair GBP/USD did not stay there for long and dropped to post losses on the day after technical buying in the U.S. dollar started.

The surge in GBP/USD in the earlier session was due to the worries that the ever-increasing number of coronavirus cases could undermine the U.S. economic recovery. The concerns were escalated after the advanced US GDP report on Thursday that showed that the U.S. economy was collapsed by 32.9% during the second quarter.

This made greenback weak, and the more dovish statement further pressurized it on Wednesday from FOMC. Besides, the difference of opinion of Republicans & Democrats to reach a deal ahead of the expiry of some earlier provision on Friday weighed on the U.S. dollar.

In an earlier trading session on Friday, the U.S. dollar’s weakness gave a push to the GBP/USD pair above 1.31700 level; however, the oversold condition of the U.S. dollar and the profit taking by investors in late session dragged down the pair and turned gains into losses.

On coronavirus front, the COVID-19 situation in the U.K. remained under control as the increasing number of cases made the government impose restrictions on around 4.3M people in northern England. On Brexit front, On Friday, Britain and E.U. have planned more trade negotiations until October 02, less than a fortnight before a summit where the E.U. hopes to approve Britain’s agreement.

It’s been more than four years since Britain voted to leave E.U., and after torturous divorce talks, both sides are negotiating all aspects of their future relations, from trade to security to transport from 2021 onwards.

On the Sino-UK front, both countries’ relation has not improved after the U.K. canceled the extradition treaty with Hong Kong.

Next week’s main event will be the Super Thursday as the Bank of England is set to release its monetary policy statement and leave the interest rates on hold at 0.1% and the quantitative easing program at 745 billion pounds. The focus will be on the statement released by the bank and any unexpected announcement that will make it “Super.”

The Governor of Bank of England, Andrew Bailey, will give a press conference speech ad provide details on the current economic situation and growth prospects. Any BOE help to the government in lowering the borrowing cost and support the recovery will be beneficial for GBP/USD pair. Furthermore, the views about the concept of negative interest rates by Bank of England will also hold importance in investors on the coming Thursday.

The GBP/USD is trading at 1.3088 level, having completed the 50% Fibonacci retracement at 1.3060 level. On the higher side, the Sterling can find resistance at 1.3105. In the daily timeframe, the Cable has formed a Doji pattern, which is followed by a solid bullish trend at 1.3100 level, and it has the potential to drive bearish bias in the pair. Let’s keep an eye on 1.3125 to extract a bearish bias in the GBP/USD pair today. A bearish breakout of 1.3050 can drive more selling until 1.3005.

The USD/JPY pair was closed at 105.876 after placing a high of 106.053 and a low of 104.184. Overall the movement of the USD/JPY pair remained bullish throughout the day. After falling for six consecutive days, the USD/JPY pair dropped on Friday and broke its 6-days bearish streak amid mixed U.S. data.

In an earlier trading session on Friday, the USD/JPY pair dropped to its lowest since March 2020 near 104.00 level amid the better than expected Japanese macroeconomic data.

At 4:30 GMT, the Unemployment Rate from Japan for June dropped to 2.8%from the expected 3.0% and supported the Japanese Yen. At 4:50 GMT, the Prelim Industrial Production for June increased to 2.7% from the anticipated 0.9% and gave strength to Japanese Yen.

At 10:00 GMT, the Consumer Confidence from Japan came in line with the expectations of 29.5 for the month of July. The Housing Starts for the year in June dropped as expected to -12.8%. The strong Japanese Yen weighed on the USD/JPY pair and dragged the pair near the 104.00 level. However, the USD/JPY pair’s losses faded away after the release of U.S. economic data.

The macroeconomic data released by the U.S. on Friday was although mixed, but traders cheered the positive data and gave strength to the U.S. dollar. Another reason behind the U.S. dollar surge was profit-taking and correctness as the U.S. dollar was oversold in the market from the previous ten days.

At 18:45 GMT, the Chicago PMI rose to 51.9from the anticipated 44.0 and gave strength to the U.S. dollar. However, at 19:00 GMT, the Revised UoM Consumer Sentiment remained flat with expectations of 72.5, and the UoM Revised Inflation Expectations dropped in July to 3.0% from May’s 3.1%.

Investors followed the U.S.’s positive data and gave a push to the U.S. dollar on Friday that leads to the upward trend of the USD/JPY pair.

The U.S. Dollar Index stretched higher with the initial reaction to the mixed U.S. data and helped the pair to move further on the upside. The DXY posted small gains near 92.97 levels on Friday. The U.S. Treasury bond yield for ten years was down by 1% on the day.

On the US-China front, the United States strengthened its economic pressure on China’s Xinjiang province on Friday, after imposing sanctions on a powerful Chinese company, and two officials for human rights abuses against Uighurs/ Muslims and other ethnic minorities.

U.S. Secretary of State Mike Pompeo called the said human rights abuses by the Chinese Communist Party in Xinjiang province, China, against Muslim minorities as the stain of the century.

This move came in a week after U.S. President Donald Trump shut the Chinese consulate in Houston on the back of allegations that it was a spy hub. In response, the U.S. consulate in the south-western city of Chengdu in China was also closed in revenge on similar grounds of the fast spread of the virus in the U.S. Early on Thursday, Japan will publish Retail Trade data that is expected to fell by 6.5% compared to the earlier year. The U.S. investors will look forward to GDP data for the second quarter.