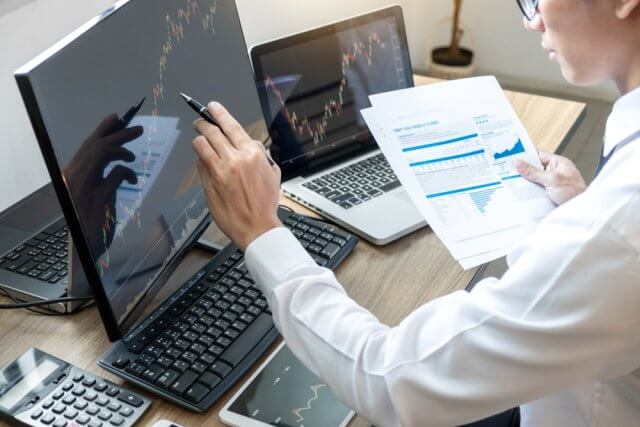 On the news front, the focus will be on the BOE Gov Bailey speak and Pending home sales from the U.S., but overall, the techniques are to play a major role today.

The EUR/USD pair was closed at 1.12179 after placing a high of 1.12392 and a low of 1.11951. Overall the movement of the EUR/USD pair remained flat but slightly bullish throughout the day. The EUR/USD pair moved in a tight consolidated range above 1.200 level after retreating from 1.1345 high earlier this week. The reason behind the congested move of EUR/USD pair on Friday was due to decreased risk sentiment amid a rising number of coronavirus cases.

Markers fear that the second round of restrictions would impose throughout the world to stop the virus threat, which has raised bars that the hopes of quick economic recovery were too early. The crushed risk appetite has made the investors rush into a safe-haven currency like the U.S. dollar, and in this regard, the EUR/USD pair dropped from its higher points this week.

The Revised UoM Consumer Sentiment was dropped in June to 78.1 from the expected 79.1 and weighed on the U.S. dollar. The Revised UoM Inflation Expectations for June remained flat at 3.0%. The EUR/USD pair moved in the consolidation phase and remained almost flat throughout the day due to the mixed data from both sides, the United States and whole bloc.

The EUR/USD is trading in a tight range of 1.1243 – 1.1193 level, which limits the price action for now. On the lower side, the EUR/USD pair can drop towards 1.1145 level upon the bearish breakout of 1.1193 level, while the bullish breakout of 1.1243 level will allow us to go long. Simultaneously, the RSI and MACD are still in a bearish zone, while the 50 EMA also suggests selling bias. Therefore, we should look for selling trades below 1.1250 levels.

The GBP/USD pair was closed at 1.23353 after placing a high of 1.24369 and a low of 1.23142. Overall the movement of GBP/USD pair remained bearish throughout the day. The GBP/USD pair fell sharply towards the four-week lowest level of 1.2314 on Friday amid decreased risk sentiment and broad-based U.S. dollar strength. The pair GBP/USD dropped more than a hundred pips for the day as the greenback showed strength and EU-UK tensions.

The safe-haven U.S. dollar picked up its demand after the quick slide in U.S. equity prices. The U.S. Dollar Index, which measures the value of the U.S. dollar against the basket of six currencies, rose to 97.68 level, the highest in almost a week. The 10 Year Treasury yield fell to 0.645%, the lowest in 4 weeks.

The U.S. dollar was up on Friday amid the increased coronavirus cases from the U.S. & across the globe. The Center for Disease Control (CDC) said that the actual number of infected cases was ten times the reported cases, and despite this, U.S. President Donald Trump insisted that the U.S. economy will not shut down again.

At Brexit front, Prime Minister Boris Johnson told his Polish counterpart, Mateusz Morawiecki, that Britain will be ready to quit its transitional arrangements with the European Union on “Australia Terms” if no deal was secured. Australia and the E.U. have no comprehensive trade agreement, and much of the EU-Australia trade follow the default World Trade Organization rules, although specific agreements for certain goods are followed.

Britain left the E.U. on January 31 and remained in the transition period during which it would follow the European single market rules and custom union. The transition period will expire on December 31, which has to pressure to secure a free trade deal. Both sides are still far apart to secure a deal because of differences, a new round of intensified talks will start next week. PM Johnson has said that the U.K. would negotiate constructively but equally would be ready to leave the transition period on Australia terms if a no-Brexit deal could be reached at the end of it.

The GBP/USD extends trading with bearish momentum at 1.2356 level, disrupting the 1.2404 support level. This mark is presently serving as resistance and can point the GBP/USD prices lower until 1.2320 level. On the downside, the Cable may find support around 1.2320 and 1.2286 levels. Recognizing the fresh bearish crossover on the MACD and bearish bias extended by the RSI, the pair can show us a bearish trend. The 50 EMA is also proposing selling sentiment; hence, we should consider taking selling trades below 1.1223 level today.

On the last trading day of the week, the pair USD/JPY came under fresh selling pressure but managed to pull back and ended its day with a slight bearish candle. The downtick for the USD/JPY pair could be solely attributed to the reviving safe-haven demand for Japanese Yen.

The possibility of a renewed lockdown measure to control the virus spread as the infected cases were increasing day by day, made the investors cautious, and dampened the chance of sharp V-shaped global economic recovery.

From Japan, at 4:30 GMT, the Tokyo Core CPI for the year remained flat at 0.2% on Friday. The risk-off market sentiment was due to the stock market downfall with S&P 500 down 2.4%, and Dow Jones was also down by 2.8%. The decoupling of Yen and U.S. dollars may last longer as the markets had an imminent risk of profit-taking in the month of June, which will also be the end for the quarter. Further profit-taking could boost the safe-haven Japanese Yen, which will weigh on the USD/JPY pair.

The USD/JPY is consolidating with bullish sentiment at 107.191 marks, but the closing of recent candles underneath 107.220 marks can encourage selling or retracement. Although the pair has violated the downward trendline resistance at 107 marks and technically, it should dispense selling the USD/JPY pair below 107.225. But we also require to recognize the double top resistance mark of 107.250. I will be glad to take a sell-trade if the USDJPY holds below 107.250 level to target 106.450 today. Good luck!