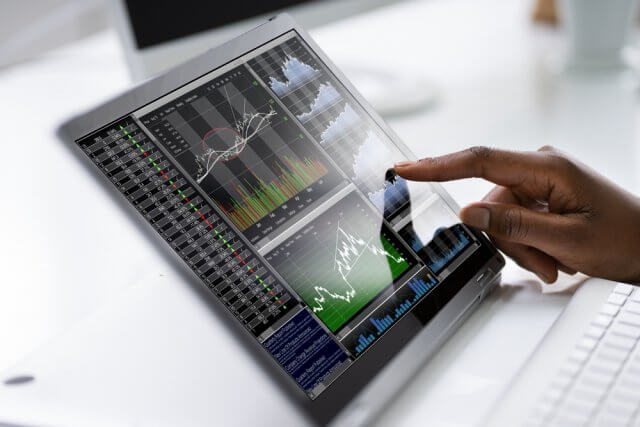 On the news side, we don’t have much to focus on due to a lack of economic events. However, the trading levels and technical outlook will be worth watching today. Crude oil inventories can drive price action in crude oil prices.

The EUR/USD pair was closed at 1.12741 after placing a high of1.13323 and a low of 1.12585. Overall the movement of the EUR/USD pair remained bearish throughout the day. The EUR/USD pair started to fall on Tuesday on the back of many factors, including negative macroeconomic data from Europe, downbeat comments from E.U. Commission, Chinese stock surge, and an increasing number of coronavirus cases across the world.

On the U.S. side, at 18:59 GMT, the IBD/TIPP Economic Optimism for July dropped to 44.0 from the forecasted 48.2 and weighed on the U.S. dollar. At 19:00 GMT, the JOLTS Job Openings in May were reported as 5.40M against the expected 4.70M and supported the U.S. dollar and added further in the downward trend of EUR/USD pair.

The European Commission said on Tuesday that the E.U. would likely suffer a deeper contraction in 2020 than previously expected, while 2021 recovery will also be weaker than forecast. The E.U. Commission expected EU GDP to contract by 8.3% in 2020, and in 2021 an expansion by 5.8% was expected. However, previously the contraction was forecasted to be 7.75 in 2020, and the growth in 2021 was predicted as 6% by the commission.

The change in the forecast was made due to the government’s slow efforts to lift lockdown measures than expected. An executive vice president of the Commission, Valdis Dombrovskis said that the lockdown’s economic impact was more severe than it was initially expected. He said that many risks were still present in the economy, including another major wave of infection. Italy, Spain, and France’s economies were expected to get the worst-hit by the pandemic this year as the GDP contraction for these were expected as 11.2%, 10.9%, and 10.6%, respectively. However, Germany’s economy was expected to contract by 6.3% this year as per the E.U. Commission’s latest forecast.

According to the commission, the worst may have passed as of May, and June’s economic data came in mostly positive. The recovery will likely gain traction in the second half of this year, while inflation was expected to average 0.3% this year and 1.1% in 2021, said by E.U. Commission on Tuesday. The downbeat forecast and comments from E.U. Commission on Tuesday weighed heavily on single currency Euro and caused the pair EUR/USD to lose almost all of its gains from yesterday.

The EUR/USD is trading above a strong support level of 1.1265 level, and closing the Doji and bullish engulfing candle above this level may drive the buying trend in the EUR/USD pair. On the higher side, the next resistance is likely to be found around the 1.1303 level. But in case, the pair violates 1.1265 support, the next support is likely to stay around 1.1225 level.

British Pound rose to 3 weeks highest level on the back of news that chief Brexit negotiator of U.K. would meet the Michel Barnier ahead of the next round of talks. To discuss some of the trickier parts of negotiations, David Frost will have dinner on Tuesday night with Barnier.

The dinner between both Brexit negotiators will be seen as an opportunity for both sides to clear issues in an informal setting. As they will be informal talks, the agenda will include the range of the problems that need to reach an agreement from the level playing field, fishing waters, to governance structures.

Some other reports came in the market related to fresh hopes for the Brexit deal as the E.U. showed a willingness to compromise on fisheries policy. Michel Barnier said that Brussels would support a U.K. proposal to divide fishing quotas according to data that reflects the number of fish in Britain waters.

After the failure of last week’s round of Brexit talks, this news raised new hopes that a deal could be reached before transition periods end. This gave strength to British Pound, which ultimately pushed GBP/USD pair higher on Tuesday.

Fisheries have long been a point of argument for both sides as Britain has been asking for a system based on yearly quotas, while Brussels has said that any deal had to be part of a larger comprehensive trade agreement.

On the data front, at 12:30 GMT, the Halifax HPI for June from the U.K. came in as -0.1% against the forecasted -0.8% and supported British Pound. It ultimately raised the GBP/USD pair on Tuesday.

On the U.S. side, at 18:59 GMT, the IBD/TIPP Economic Optimism declined to 44.0 from the forecasted 48.2 in June and weighed on the U.S. dollar and supported the GBP/USD pair’s bullish trend.

At 19:00 GMT, the JOLTS Job Openings increased to 5.40M against the expected 4.70M in May and supported the U.S. dollar, which kept the gains in GBP/USD pair limited.

The GBP/USD is trading with a bullish bias, especially after violating the double top resistance level of 1.2530 level. The same level is working as support, and the Cable can show bullish bias above this level today to lead the pair towards 1.2580 level. The MACD and RSI are holding in a buying zone and the 50 EMA, which also supports the buying trend in the pair. The recent candles are neutral, as it seems like the traders are looking to stay bullish over 1.2530 level. Let’s consider taking buying trades today.

The USD/JPY pair was closed at 107.524 after placing a high of 107.789 and 107.244. Overall the movement of the USD/JPY pair remained bullish throughout the day. The dollar edged higher against Japanese Yen on Tuesday amid negative macroeconomic data from Japan and a combination of some other factors supporting the U.S. dollar.

The rising number of COVID-19 cases in the U.S. kept the market sentiment on the upside as Florida reported 7,347 new cases, and Arizona reported 3,653 new cases on Tuesday. The second wave of coronavirus was causing a surge in the hopes for renewed lockdown restrictions in the U.S. as well. However, Australia, Spain, and Serbia imposed renewed lockdown in their areas where the spread of COVID-19 was needed to control.

The second round of lockdown restrictions from countries across the globe raised hopes that further stimulus measures will be needed from central banks to support the economy. This gave a push to U.S. Dollar prices on Tuesday, and the pair USD/JPY started posting gains.

On the U.S. side, at 18:59 GMT, the IBD/TIPP Economic Optimism for July declined to 44.0 from the anticipated 48.2 and weighed on the U.S. dollar. At 19:00 GMT, the JOLTS Job Openings in May were recorded as 5.40M against the forecasted 4.70M and supported the U.S. dollar and ultimately raised USD/JPY pair further.

Meanwhile, on Tuesday, China’s foreign ministry announced that China had joined a global arms trade treaty at the U.N. that was rejected by the United States. The foreign ministry spokesman, Zhao Lijian, said that all the legal procedures to join the treaty were completed, and it will be effective after 90 days.

As per the treaty, it requires the member countries to keep records of international transfer of weapons and to prohibit cross-border shipments that could be used in human rights violations or attacks on civilians. Beijing committed to the treaty efforts on Tuesday to improve peace and stability in the world. Apart from this, reports suggested on Tuesday that scientists were calling for the WHO to acknowledge that coronavirus could spread in the air. This would change the current measures being taken to stop the virus spread.

The USD/JPY is consolidating in a wide trading range of 107.800 to 107.250. At the moment, the pair is trading with a selling bias of below 107.80 resistance. On the hourly charts, the USD/JPY is dropping below 50 periods EMA, which supports the selling bias in the Japanese pair. It seems like we have a margin to capture quick 25 pips in USD/JPY as the pair moves within a sideways range and has odds of the testing support level of 107.250. Good luck!