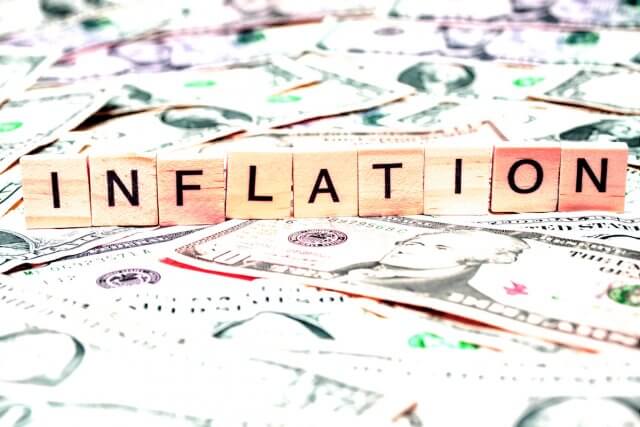 On the news side, the economic calendar is fully loaded with a series of high impact economic events, especially the UK GDP, and the Inflation figures from Germany and the U.S. Most of the action will be seen during the U.S. session upon inflation figures.

The EUR/USD pair was closed at 1.13424 after placing a high of 1.13746 and a low of 1.12976. Overall the movement of the EUR/USD pair remained bullish throughout the day. The EUR/USD pair extended its previous day’s gains and jumped sharply on Monday against the U.S. dollar ahead of key developments in European Union later this week. Euro is likely to face a volatile week ahead as European Central Bank is set to retain its monetary policy conference on Thursday, and an E.U. Summit will also take place on Friday.

The ECB will likely hold its rates unchanged on Thursday that has drawn traders’ attention over the speech of ECB president Christine Lagarde, which could include some clues about future policy actions.

Germany and Italy have shown their consent and backed the E.U.’s 750 Billion euros recovery plan ahead of Friday’s meeting to appease other member states who have voiced concerns over the distribution of stimulus.

The Frugal Four, including Netherland, Sweden, Denmark, and Austria, have insisted that the funds be released as loans rather than grants or subsidies. The ongoing demand for the single currency can be seen by the week’s strong start for the Euro. On the flip side, the U.S. dollar was on the low track on Monday due to improved risk appetite after optimism raised in hopes of potential virus vaccine. The weaker U.S. dollar against its rival currency Euro gave a push to EUR/USD prices on Monday.

On the data front, at 11:00 GMT, the German WPI Wholesale Price Index for June came in as 0.6% compared to May’s -0.6%. From the American side, the Federal Budget Balance showed that in June, there was a deficit of 864.1 Billion against the expected 860 Billion and supported the U.S. dollar that kept a lid on additional gains in EUR/USD pair.

On the 4 hour timeframe, the EUR/USD pair has violated an upward trendline, which was extending support at 1.1341 level, and now, this level will work as a resistance for the EUR/USD. On the lower side, the EUR/USD pair may find the next support at 1.1304 and 1.1265 level. The EUR/USD’s selling bias seems dominant since the violation of an upward trendline. We should consider taking selling trades below the 1.1345 level today.

The GBP/USD pair was closed at 1.25531 after placing a high of 1.26661 and a low of 1.25500. Overall the movement of GBP/USD pair remained bearish throughout the day. On Monday, the pair GBP/USD failed to extend its previous day’s bullish trend and started to decline because of downbeat comments from BOE’s Governor Bailey and persistent Brexit uncertainty ahead of the U.K.’s deadline’s official departure from E.U.

Bank of England Governor Andrew Bailey said on Monday that he thought that Britain’s economy was recovering, but it had a long way to go with the outlooks for jobs. He said that with the economies re-opened, the economy seems like it has come back, but there was a long way to go because a lot of people were still jobless.

Bailey’s downbeat comments weighed on Cable and dragged the Cable pair GBP/USD on the downside on Monday. Bailey also said that the Bank of England was looking at whether it should create a digital currency as it has huge implications on the nature of payments and society. He also acknowledged that since the coronavirus pandemic has escalated, there had been calls to step back from the shift away from Libor, which is used to price trillions of dollars of financial contracts.

However, he said that coronavirus’s shock has only reinforced the importance of removing the dependency of financial systems on Libor in a timely way. He warned lenders and borrowers to place their transition plans because if they think that the deadline to shift away from Libor of 2021 will be extended, then they were wrong.

On Brexit front, the U.K. government set to build 10-12 new Brexit border customs and control sites across the country to strengthen the mission to take back control from the E.U. The Cabinet Minister Michael Gove defended his plans for new post-Brexit border infrastructure after the opposition party said that the government was unprepared.

The GBP/USD is trading with a bearish bias, especially after crossing below 50 EMA support level of 1.2570. This level is now working as resistance, and the Cable can show further bearish bias below 1.2570 level. Closing below this level can lead the GBP/USD pair towards 1.25200 level. The MACD and RSI are holding in a selling zone, and the 50 EMA, which is providing resistance at 1.2570, is also demonstrating the strong sell signal. Let’s consider taking sell trades below 1.2570 level. At the same time, second selling can be placed below the 1.2515 level today.

The USD/JPY was closed at 107.287 after placing a high of 107.316 and a low of 106.785. Overall the movement of the USD/JPY pair remained bullish throughout the day. The USD/JPY pair after falling for three consecutive days rose on Monday amid improving risk sentiment in the market that undermined the Japanese Yen and contributed to pair gains.

A report suggesting an effective coronavirus vaccine gave hopes and recovered optimism in the market. It also helped equity indexes start the new week on firm foot. The S&P 500, Dow Jones and NASDAQ were up from 1%-1.2% on the day and weighed on safe-haven Japanese Yen. The weaker Yen against the U.S. dollar gave a push to USD/JPY prices on Monday.

As for the vaccine new, on Sunday, several media reports suggested that Russia has become the first nation to complete the clinical trials of a COVID-19 vaccine on humans. The trials have reported that in initial results, the vaccine was safe and effective to an extent. Russia celebrated the supposed “world’s first COVID-19 vaccine”; however, it seemed premature as more research was still needed.

However, this news raised optimism and risk sentiment around the market and decreased the safe-haven appeal. The risk weighed on safe-haven Japanese yen and dragged the pair USD/JPY with itself. On the data front, at 9:30 GMT, the Tertiary Industry Activity from Japan came in as -2.1% against the expectations of -3.7% for May. It supported Japanese Yen and additional capped gains in currency pair.

From the American side, the Federal Budget Balance for June showed a deficit of 864.1 Billion against the forecasted 860 Billion. It supported the U.S. dollar, which added further in the currency pair daily gains.

On the other hand, The Director-General of WHO, Tedros Adhanom Ghebreysus, warned that too many countries were moving towards their destruction as the virus was the number one public enemy. If basic protocols were not followed, the pandemic might get worse and worse and worse.

Tedros said that on Sunday, from across the globe, 230,000 new cases appeared, out of which 80% were from 10 nations and 20% from just two countries. Tedros also said that the WHO had still not received formal notifications of the U.S. pullout that Trump announced. This downbeat statement by WHO raised concerns about global economic recovery and weighed on risk sentiment that kept a check on additional currency pair gains.

On Tuesday, the USD/JPY continues to consolidate in a wide trading range of 107.350 to 106.950. Recently the USD/JPY pair has violated a downward channel, which extended resistance at 107.100 level. Simultaneously, the USDJPY pair has also crossed over 50 periods exponential moving average, which also supports the bullish bias in the USD/JPY pair. For now, the bullish breakout of the 107.340 level can extend the buying trend until 107.620 and 107.900 level. The MACD and RSI support bullish bias, and we may take a buying trade over 107.350 today. Good luck!