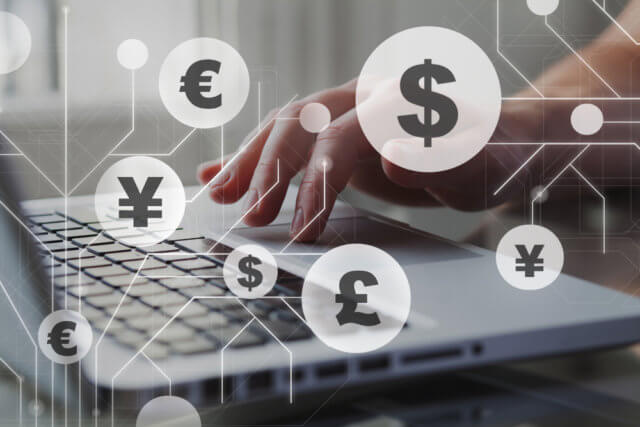 The ZEW Financial Market Survey is an aggregation of the sentiments of almost 350 economists and analysts on the economic future of Germany is scheduled to release today. Germany, which is considered as the Eurozone’s manufacturing powerhouse, suffered a marked slowdown in 2019, in the wake of the Sino-US trade tensions.

As we know, the currency pair hit the 3.5 week low of 1.1077 yesterday. As of now, the EUR currency is likely to get a strong buying trend if the German ZEW survey data comes positive. On the flip side, if the data disappoints the expectations and comes negative, then the EUR/USD currency pair could touch the Monday’s low of 1.1077 and may drop further below 100-day Moving Average at 1.1066.

The German ZEW survey for January, which is scheduled to release at 10:00 GMT, is expected to show improvement, with the Economic Sentiment index rising to 15.0 from 10.7 in December while the Current Situation index is seen improving to -13.8 from -19.9.

On the technical side, a close above 1.1173 (January 16 high) is required to cancel the lower moves and confirm a bullish reversal.

On the other hand, the expectations to cut interest rates by the European Central Bank are developed while keeping in mind the weakness of EUR. These expectations are continuously weighing on EUR/USD prices ahead of ECB monetary policy meeting.

Whereas, U.S. President Trump and his Administration are strongly trying to limit the greenback’s upside through giving warnings and pressurizing the Fed for further cuts.

The GBP/USD currency pair continues to flash green and extends its previous day’s recovery rally despite the ruling Tory party’s defeat in the parliamentary voting over the Brexit bill. As of writing, the GBP/USD currency pair is currently trading at 1.3017 and is consolidating in the range between the 1.2996 – 1.3021. As of now, market traders are keeping their eyes on the U.K.’s employment data for fresh clues of Bank of England’s next step.

On the front of the main news, the House of Lords rejected 3-votes from the United Kingdom Prime minister Boris Johnson’s Brexit departure agreement Bill. It is worth to mention that this was the 1st parliamentary defeat for the ruling Conservative Party after the general election. Notably, the one amendment among three was telling to providing a physical document to the European Union as evidence to live in the United Kingdom after Brexit. Whereas, the other bills were relating to the powers of ministers to set aside judgments by the E.U. Court of Justice.

As we know the GBP/USD pair extended its recovery rally despite the defeat of the Conservative Party. So, the reason behind the pair’s bullish sentiment could be the trader’s expectation on these laws that these laws will provide help during the United Kingdom and European Union talks.

On the other hand, the American traders will come back on to take their positions after the long weekend and will observe U.S. President Donald Trump’s impeachment trial.

Looking forward, the British employment data got more importance in the wake of recent downbeat economics from the U.K. as well as the BOE Governor’s dovish tone in the latest public figure. On the forecast view, we’re in line with consensus in looking for the unemployment rate to hold steady at 3.8% in November, because it continues to bounce around near-multi decade lows. We also look for wage growth to ease a tenth lower, with headline wages at 3.1% y/y, and ex-bonus wages at 3.4%. While wage growth had been very strong during the middle of the year, it seems to be decreasing slightly at the end of 2019.

The GBP/USD has taken a bullish turn following a release of better than expected U.K. labor market figures. The Cable seems to go and test the downward channel, which is still intact on the 4-hour chart. At the moment, the GBP/USD pair is trading at 1.3040, and it seems to extend bullish bais until 1.3090.

The buying sentiment came in the safe-haven Japanese yen before the press time and sent the USD/JPY pair to a session low of 109.91 from 110.21, mainly after the losses in the U.S. equity index futures.

On the other hand, the details of the fourth quarter (Q4) economic outlook was also released. The Japanese central bank upwardly revised the GDP growth for fiscal 2019/20 and 2020/21.

Whereas, the futures on the S&P 500 are currently reporting a 0.30% drop on the day. The index futures and the Asian stocks came under pressure reportedly due to the explosion of the coronavirus.

As we know, the currency pair earlier dropped mainly due to the headlines regarding the China virus took market attention. As four people have already died of the same in China, an Australian man has also been recently tested for the human transmitted disease. As a result, Wuhan has created a Wuhan Pneumonia control center to stop further spread of the disease. Meanwhile, he has ordered strong supervision of markets and public transportation stations in order to stop further spread of this virus.

Looking forward, traders will now keep their eyes on BOJ Governor Haruhiko Kuroda’s press conference, which is scheduled to happen at 06:00 GMT, for taking fresh direction. After that, the United States trader will come back on their positions after the long weekend and will observe U.S. President Donald Trump’s impeachment trial and fresh headlines.

Technically, the USD/JPY pair is trading with a bullish bias at 110.200 after consolidating in a narrow trading range of 109.800 – 110.150. Recently, the USD/JPY pair has formed Three While Soldiers pattern on the 4-hour timeframe, which typically suggests a bullish trend in the market. The USD/JPY is now supported above 110.100, and we may see further buying above this level until 110.490 today. The USD/JPY may find a resistance level of 110.570. Moreover, the RSI and MACD are still staying in the buying zone. Today, I will be looking for buying trades over 110.1 levels with a target of 110.570.