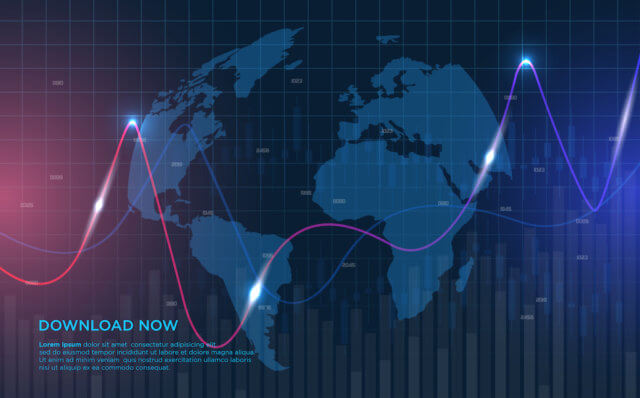 The U.S. dollar weakened against its major pairs on Tuesday. The ICE Dollar Index dropped 0.2% on the day to 96.53. U.S. President Donald Trump announced he would approve the phase one trade deal with China at the White House on January 15. Meanwhile, China’s central bank announced that it would lower the required reserve ratio for commercial banks by 50 basis points from January 6, releasing 800 billion yuan of liquidity into the financial system.

The pair remains above critical Fibonacci level, i.e., 61.8% Fibonacci retracement of June-October declines, at 1.1210 now. Eventually, the currency pair has started 2020 with the bullish sentiment.

The continued optimism surrounding the US-China trade deal and signs of stability in the Eurozone economy support further gains in the EUR currency.

On the flip side, the latest report from the People’s Bank of China’s (PBOC) regarding stimulating growth is also supportive news for the EUR currency as China is Eurozone’s biggest trading partner.

People’s Bank of China (PBOC) announced 50 basis points into the Reserve Ratio Requirement (RRR) cut, which is scheduled to deliver on January 5. Besides this, commercial bankers will hold a reserve of 12.5% of their assets from now, while 10.5% for smaller institutions.

On the technical side, the long upper wick attached to Tuesday’s candle is a tell-tale sign of buyer exhaustion. Meanwhile, the 4-hour chart is reporting a bearish divergence of the relative strength index and the MACD histogram.

The GBP/USD currency pair flashing red and dropped to 1.3210, mainly due to the fears of hard Brexit and thin trading conditions. As of writing, the currency pair is currently trading at 1.3221 and consolidates in the range between the 1.3202 – 1.3266. The Cable recently turned into bearish mode from the two-weeks high.

The market’s risk sentiment has recovered due to increasing optimism surrounding the US-China trade deal. However, the greenback recovers at the start of 2020. As a result, the U.S. ten-year treasury yields and stocks are moderately positive.

Whereas the holidays in Japan and New Zealand will keep the market’s sentiment light, all traders will keep their eyes on the trade/Brexit. December’s manufacturing PMI data from the U.S. and the U.K. will also be the key to watch.

If no significant change comes from the UK/US data, a downbeat figure against 47.4 prior and 47.6 expected will likely increase the chances of further rate cuts from the Bank of England (BOE).

The USD/JPY currency pair stuck between the range of 108.60 – 108.75 and took some gain due to risk-on sentiment in the wake of the Chinese central bank’s rate cut. Moreover, the optimism surrounding the United States and China trade deal relations also play their role.

The tensions of the Middle East and holidays in Asia’s major parts continue to limit the market’s reaction because traders are cautious ahead of the key data from China.

It is worth to mention that China’s People’s Bank of China (PBOC) gave an announcement regarding 50 basis points into the Reserve Ratio Requirement (RRR) cut, which is scheduled to deliver on January 5. As well as, major banks will hold a reserve of 12.5% of their assets from now, while 10.5% for smaller institutions.

Moreover, the announcement came from the PBOC that financial institutions should stop doing the 1-year lending rate as its reference rate while start with the Loan Prime Rate as the base rate beginning January 1.

At the Sino-US front, the United States President Donald Trump’s tweeted about the confirmation of phase-one singing in a ceremony on January 15. Meanwhile, the Republican leader also said that he would later go to China to discuss the phase-2 of the deal. Eventually, the White House Advisor, Peter Navarro, also said that more positive deals with China are coming this 2020.

On the other hand, the market holidays in Japan and New Zealand limit the latest news reaction because the trader waits for the China Caixin Manufacturing PMI data for December. Apart from this, there is another reason behind the lack of smiling welcome to 2020 is the political war between the United States and the Middle East after the Pentagon’s defensive strikes into Iraq and Syria.

At the data front, the data becomes even more critical due to the latest official figures confirms the continued manufacturing recovery. Forecasts suggest 51.7 values against 51.8. Looking forward, the traders will closely follow the U.S. Markit Manufacturing PMI for fresh direction.