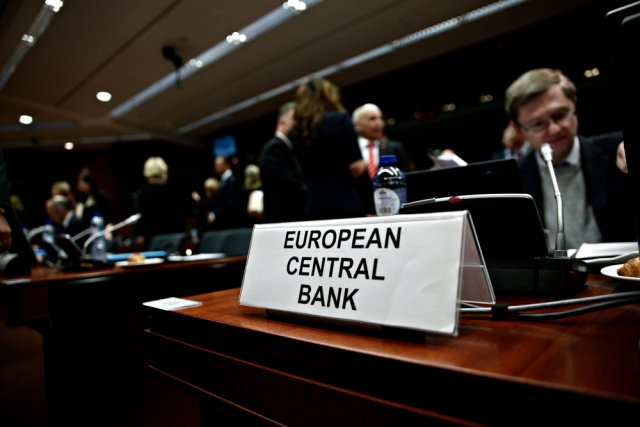 The EUR/USD pair was closed at 1.20811 after placing a high of 1.21471 and a low of 1.20585. On Wednesday, the currency pair EUR/USD continued its bearish trend for the fourth consecutive day amid the deteriorated risk sentiment and higher U.S. yields that supported the greenback. The U.S. dollar was strong on Wednesday as the U.S. Dollar Index (DXY) rose above the 91.00 level, which was the highest in two days. The coronavirus situation in the U.S. has escalated to an alarming level as more than 200,000 Americans tested positive for the coronavirus every day on average. The total number of infections in the U.S. has surpassed 15 million.

Dr. Anthony Fauci, the nation’s top infectious disease expert, warned on Monday that the country was likely to see a Thanksgiving-related spike in coronavirus cases and hospitalizations in another week or so, in the middle of Hanukkah and just ahead of Christmas. The rising number of coronavirus cases in the U.S. raised the appeal for safe-haven and supported the greenback that ultimately added losses in EUR/USD pair.

Meanwhile, another reason for the continuous losses in the EUR/USD pair was the latest news from Great Britain about the coronavirus vaccine. On Wednesday, Britain’s health officials warned people with significant allergies to avoid receiving the Pfizer-BioNtech vaccine as two people reported an adverse reaction.

The U.S. dollar was also strong onboard after the hopes for further stimulus package were diminished with the White House’s latest proposal. Steven Mnuchin submitted a proposal on Wednesday worth $916 billion. The offer included only $40 billion towards unemployment benefits that were far less than the amount proposed in the package from a bipartisan group of lawmakers worth $180 billion. Democrats rejected the proposal as they have been trying since the CARES ACT for additional financial aid for laid-off workers.

This new proposal from the Trump administration gave mixed signals in the market. Some believed that the stalemate between Republicans & Democrats would remain intact for long to reach a deal. Others believed that the White House has reengaged in talks for the first time since the election and that it was a positive sign that a compromise could be reached before the end of the year. All the stimulus uncertainty added strength to the U.S. dollar and weighed on the riskier EUR/USD pair on Wednesday.

The technical side of the EUR/USD continues to remain the same as the pair is trading at 1.2103 level, facing immediate resistance at 1.2160 and 1.2196 level along with a support level of 1.2085. Closing of candles below the 1.2103 level can send the EUR/USD pair further lower until 1.2080 and 1.2040. However, the focus is likely to stay on the ECB monetary policy decision, especially the Main Refinancing Rate, which is expected to remain unchanged. The choppy session is expected until the release of the ECB report.

The GBP/USD pair was closed at 1.34060 after placing a high of 1.34778 and a low of 1.33455. The GBP/USD pair ended its day in positive territory on Wednesday and climbed above 1.34700 as the final round of talks between UK PM Boris Johnson and the European Commission President Ursula von der Leyen started.

Ahead of the talks, the U.K. Pm Boris Johnson said that the E.U. insisted on terms that no prime minister could accept in EU-UK trade talks. The PM said that a good deal was still there to be done as the E.U. sought an automatic right to retaliate against the U.K. if its labor and environmental standards diverge from theirs. PM Boris Johnson also said that the E.U. could not accept the U.K. as having sovereign control over its fishing waters after Brexit. Major disagreements remain over fisheries, business competition rules, and governance issues.

PM Boris Johnson said that a deal would not be possible if the E.U. insisted that if a new law is passed in the future and if the U.K. did not follow suit, then the E.U. wanted an automatic right to punish the U.K. and retaliate. He also claimed that the E.U. wanted the U.K. to become the only country in the world not to have sovereign control over its fishing waters. He said that he would not believe that any prime minister of this country could accept under these terms. However, German Chancellor Angela Merkel has said that a Brexit deal was still possible but insisted that the E.U. single market’s integrity must be respected.

On Wednesday, PM Boris Johnson arrived in Brussels to find common grounds on significant differences that have stalled the talks for eight months. Over the past couple of days, the optimism has increased that a deal might reach as both sides have successfully reached a post-Brexit arrangement in principle over the Irish border. This optimism kept the British Pound on the upside ahead of the talks and pushed the GBP/USD pair higher. Both sides have confirmed that these final talks’ decision will be revealed on Sunday, and this statement forced investors to lose some of its early daily gains.

Meanwhile, on the USD front, the U.S. dollar was strong across the board. The risk sentiment deteriorated, and safe-haven appeal emerged after the rising number of coronavirus cases posted global economic recovery threats despite the vaccine development. The total number of infections in the U.S. surpassed 15 million on Wednesday, and it was reported that almost 200,000 Americans were tested positive for coronavirus every day in the U.S.

Furthermore, the British Pound lost some of its gains in the late trading session on Wednesday after Britain’s top medical adviser warned people with significant allergies to avoid having Pfizer and BioNtech’s vaccine shots as they could give an adverse reaction. On Wednesday, two people were reported to have an adverse reaction to Pfizer’s coronavirus vaccine in Great Britain and weighed on the local currency that capped further gains in GBP/USD pair.

The GBP/USD is trading at 1.3378, holding below an immediate resistance level of 1.3395. On the higher side, the GBP/USD pair can lead to a 1.3437 level, and support stays at 1.3340, which is extended by an upward trendline. Overall it’s an ascending triangle, and it typically breaks on the higher side; thus, we can expect the GBP/USD price to move until 1.3435.

The USD/JPY pair was closed at 104.231 after placing a high of 104.403 and a low of 104.050. USD/JPY pair extended its gains for the second consecutive day on Wednesday as the U.S. dollar gained traction on the day. The hopes for the second round of massive stimulus package from Congress decreased n Wednesday after the Trump administration came up with a new proposal. The U.S. Secretary State Steven Mnuchin submitted a new proposal for an economic relief package that would offer far fewer unemployment benefits than what has been offered by a bipartisan group of lawmakers.

The unemployment benefits for millions of jobless Americans would be delivered as $180 billion under the framework proposed by a bipartisan group of lawmakers. But in contrast to this, the new package submitted by the Trump administration included $40billion in new funding for unemployment benefits.

The bipartisan effort of $908 billion packages has brought the Democrats and Republicans closer to a compromise on a coronavirus package. However, the new White House proposal of $916 billion was a sharp rejection from Democrats as the White House’s proposal was strongly criticized by House Speaker Nancy Pelosi and Senate Minority Leader Charles E. Schumer in a joint statement.

Meanwhile, on Wednesday, the U.S. House of Representatives agreed on a one-week extension of federal government funding that would give lawmakers more time to agree on a massive coronavirus relief package. However, the Senate Majority leader Mitch McConnell said that lawmakers were still looking forward to a relief package.