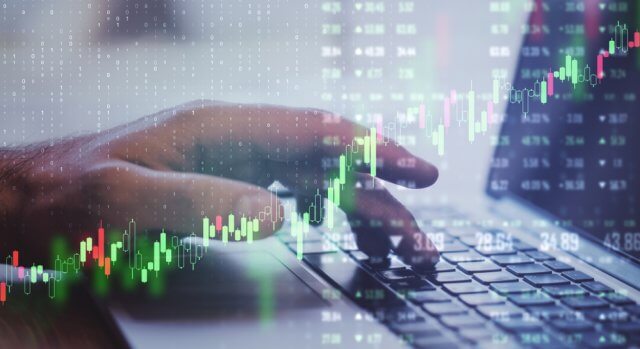 The fundamental side of the market continues to be muted due to a lack of economic events. Therefore, we still need to keep an eye on COVID19 updates, U.S. China trade war issues, and today’s technical levels.

The EUR/USD pair was closed at 1.17626 after placing a high of 1.17966 and a low of 1.16956. Overall the movement of the EUR/USD pair remained flat yet bearish throughout the day. The EUR/USD exchange rate fell by -0.2% on Monday as Euro failed to gain against the U.S. dollar despite stronger than expected Eurozone Manufacturing PMI for July but did not remain there and reverted to the same level it started its day with. Investors have become more hopeful that the Eurozone’s economy could be on the road to recovery as Manufacturing PMI showed an expansion in the industry throughout Europe.

The Eurozone economy showed a positive start to the third quarter, with production growing at the fastest rate for over two years fueled by an encouraging surge in demand. The growth of new orders outperformed the production and hinted that August would see further output gains. The business confidence has also been restored due to the improvement in the order book. However, Euro traders were cautious on Monday as the number of coronavirus cases continues to grow throughout Europe. Consequently, markets became cautious that the second wave of the virus could severely compromise the bloc’s economy.

All data related to PMI from main European countries came in favor of EUR/USD and pushed it to the high near 1.1770 but failed to reverse the pair’s direction as the market sentiment was against EUR/USD pair.

On the other hand, from the U.S. side, the final Manufacturing PMI came in short of expectations of 51.3 as 50.9 and weighed on the U.S. dollar. It indicated that manufacturing activity in the U.S. in July was not very impressive as it was expected.

The EUR/USD has bounced off the previously suggested support level of 1.1708 level, and now it’s trading at 1.1765 area. On the hourly timeframe, the EUR/USD continues to form bullish candles, which suggest a slight bullish bias among investors despite profit-taking in the U.S. dollar. Now strong support stays at 1.1705. On the higher side, the EUR/USD may find support at 1.1796 level.

The GBP/USD pair was closed at 1.30756 after placing a high of 1.31125 and a low of 1.30044. Overall the movement of GBP/USD pair remained flat yet slightly bearish throughout the day. The pair GBP/USD pair was dropped in the earlier session on Monday on the back of profit-taking in the U.S. dollar, but the pair reverted back to its same level in the late closing session.

On Monday, the European Union showed a willingness to compromise to rescue troubled Brexit talks by softening its demand that Britain heeds E.U. rules on state aid. Brussels said that it could go for a compromise entailing a dispute-settling mechanism on any state aid granted by the U.K. to its companies. It means Brussels will no longer oblige London to follow bloc’s own rules from the outset.

The E.U. countries have long demanded so-called “Level Playing Field” guarantees from the U.K. if it requires the free selling of goods in the bloc’s lucrative single market of 450 million people after Brexit’s transition period ends. However, PM Boris Johnson and his government have refused to be bound by E.U. state aid rules, labor laws, or environmental standards as Brexit’s essence was to let Britain decide alone on its regulations.

The other significant sticking point of the negotiations was fishing rights in sea channels between the E.U. and Britain. The bloc has previously signaled that it was willing to compromise in that field if London shifted as well from its demands. Though the negotiations have not proven fruitful yet they have brought the sides closer in some other aspects and have made the E.U. cautiously optimistic about chances for an overall deal.

Meanwhile, the U.K. Prime Minister Boris Johnson said that the trade negotiations were in good progress with Japan. However, tensions with the bloc remain the same. The fishing industry urged the government to guide as the Brexit transition period was near to end without the sector’s definitions.

The primary highlighted data ISM Manufacturing PMI came in favor of the U.S. dollar and weighed heavily on the GBP/USD pair that it started posting losses. The Pound traders will look forward to releasing the monetary policy decision by the Bank of England this week on Thursday. The bank’s statement about the negative interest rate decision and plans to help the economy through the pandemic will be observed to find fresh clues of the GBP/USD pair’s movement.

Meanwhile, the pair will follow the U.S. dollar and related events, including the ISM Non-Manufacturing PMI, that is scheduled to release on Wednesday. Apart from that, any progress in Brexit trade deal talks would also benefit/weigh the GBP/USD pair this week.

The GBP/USD is trading at 1.3065 level, having completed the 50% Fibonacci retracement at 1.3060 level. On the higher side, the Sterling can find resistance at 1.3105. In the daily timeframe, the Cable has formed a Doji pattern, which is followed by a solid bullish trend at 1.3100 level, and it has the potential to drive bearish bias in the pair. Let’s keep an eye on 1.3125 to extract a bearish bias in the GBP/USD pair today. A bearish breakout of 1.3050 can drive more selling until 1.3005.

The USD/JPY pair was closed at 105.947 after placing a high of 106.470 and a low of 105.578. Overall the movement of the USD/JPY pair remained bullish throughout the day. The USD/JPY pair rose to its highest level since July 24 at 106.47 Monday, but it started to decline afterward and presented a hammer-like candle.

On the data front, at 4:50 GMT, the Prelim GDP for the second quarter from Japan came in as -0.6% against the expected -0.7% and supported Japanese Yen. At 4:55 GMT, the Prelim GDP Price Index for the year remained flat with the expectations of 0.9%. At 5:30 GMT, the Final Manufacturing PMI from Japan rose to 45.2 points against the forecasted 42.6. Better than expected macroeconomic data from Japan gave strength to the Japanese Yen that ultimately weighed on the USD/JPY pair in the earlier session.

From the U.S. side, the ISM data at 19:00 GMT showed that the economic activity in the U.S. manufacturing sector expanded at a stronger pace than expected in July. The ISM Manufacturing PMI rose from 52.6 to 54.2 and surpassed the forecast of 53.6.

On the other hand, the U.S. lawmakers are finding it difficult to reach a consensus for the U.S. coronavirus aid package. The Republicans are in favor of $ 1 trillion, while Democrats want to offer a package worth $3 trillion. This difference of opinion has caused a delay in the announcement of the U.S. recovery package. The delayed package announcement has made investors cautious, and they are keenly waiting for it to place bets on it.

However, on coronavirus front, the worldwide cases reached 18 million so far with major cities on renewed lockdown restrictions to control the spread. It raised the safe-haven appeal that pushed the Japanese Yen and kept checking on additional gains of the pair USD/JPY.

The coronavirus expert in White House said that the U.S. was in a new phase of the outbreak with infections extraordinarily widespread in both rural & urban areas. On the vaccine front, a mass vaccination campaign from the Russian health authorities was under preparation stage against the virus, and it will start in October. The media of Russia has quoted that doctors and teachers will be the first to receive the vaccine.

In response to this, the U.S. Dr. Anthony Fauci gave critic comments and said that he hoped that Russia and China were testing the vaccine before directing them to anyone. He said that the U.S. should have a safe and effective vaccine by the end of the year. He added that there would be no vaccine so far ahead of the U.S. that the U.S. will have to depend on other countries to get the vaccine. On the US-China front, President Trump threatened to ban the TikTok app in the United States that raised the fears for a halt of a phase-one trade deal and kept the market sentiment soar.